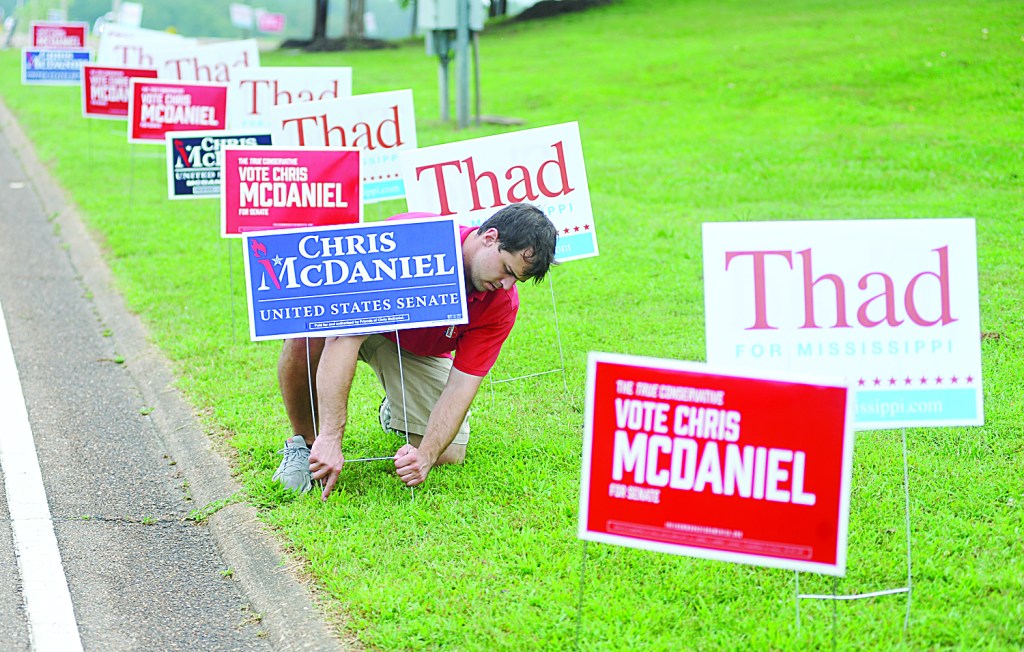 City planners are hoping to gain some control over temporary signs inside the city limits with an updated sign ordinance that would include special provisions for campaign and construction signs.

The purpose of the sign amendment is to become more compliant with recent federal law on signage and address concerns brought up by members of the ordinance review committee regarding the clarification of temporary sign regulations, according to Barber.

Temporary signs often are used for political campaigns, to advertise property for sale or lease or advertising new construction or remodeling, but are not limited to those uses.

Temporary signs will be allowed without a permit but cannot be displayed for more than 180 days in any consecutive 12-month period. Signs cannot exceed 6 square feet in surface and 4 feet in height in areas zoned Agriculture, Country Estate and all residential areas, or in historic preservation districts.

Temporary signs in other areas may not exceed 32 square feet in area and 8 feet in height. One sign is allowed per lot but a second temporary sign may be displayed on any lot during an election season, which is defined as 60 days before any local, state or national election and ending three days after the election.

“Some candidates lose during the primary election but the general election is still a few months away and their signs are still up,” Barber explained.

New commercial and residential developments consisting of three or more primary structures may have one temporary sign that is no more than 64 square feet in surface area at the primary entrance to the development. Once the development has completed building 50 percent of the structures on site, the sign must be reduced to 32 square feet.

All temporary signs must be secured and constructed of reasonably durable materials and kept well maintained and in a relatively undamaged state.

The planning commission approved the additions to the sign ordinance and voted to recommend approval to the Oxford Board of Aldermen. The ordinance will have three public readings including a public hearing before being voted on by the aldermen.