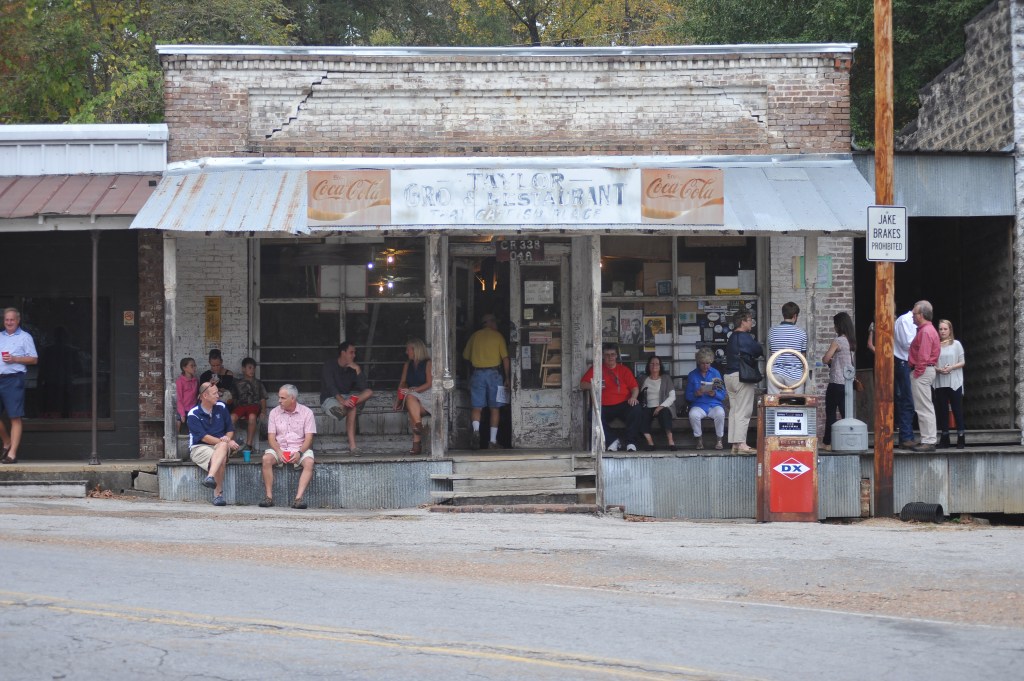 Taylor Grocery is one of 15 businesses in the Taylor area that are initial members of the new "Discover Taylor" advocacy group. The group aims to expand Taylor's growth and bring awareness to the businesses already located a few miles south of Oxford. (Bruce Newman)

Randall Gross with Development Economics, based out of Nashville and Washington, D.C., put together a third-party report of what Taylor can expect based on previous growth and based on projections Oxford and Lafayette County are seeing.

Plein Air subdivision developer Campbell McCool paid for the study since it wasn’t in the town’s budget and is pleased to have information on hand about what the village leaders can expect.

“Most important to me, the real value of it was it was a third-party affirmation of what all of us doing business in Taylor knew and believed,” he said. “It’s nice to have someone who does this for a living do an independent study and come up with the same general end result.”

The study showed Lafayette County’s population grew by 22 percent between 2000 and 2010, and Taylor’s grew 1.1 percent during that time. However, since 2010 the county as a whole has grown by 3 percent, and Taylor has grown by 1.6 percent.

McCool said village leaders are planning for Oxford’s growth to trickle south and impact Taylor, and the study confirmed that.

“Taylor is right smack-dab in the bull’s-eye to have growth based on what is happening in Oxford,” he said. “The feeling in your gut is one thing, but having a professional firm that does it come up with that is important.”

McCool said Taylor is ready for that growth. It’s leaders thought ahead a long time ago and implemented zoning, formed a planning commission and mandating building permits.

“Long before any of the stuff that is going on with Lafayette County, Taylor, in my opinion, largely thanks to Mayor Jim Hamilton, put all that in place for if and when the growth came,” McCool said. “So that Taylor was already well-positioned, and that is exactly what is going on now. Taylor is ready for it.”

The study highlighted two main groups of people flocking to Taylor: Early Millennials (ages 35 to 44) and Empty Nesters (ages 65 to 74).

“Members of both of these groups will find Taylor to be very attractive, since it offers a pleasant walkable atmosphere and high quality of life not far from the employment base and amenities of Oxford,” the study says.

McCool said they are seeing exactly that. He said the Empty Nesters are usually University of Mississippi alums who want to return, but get sticker shock when looking in Oxford.

“For whatever reason, they go look six minutes down the road in Taylor and find a totally different price point but able to find old Southern-style homes seven minutes away,” he said. “The other end of the spectrum (Millenials) really just started two years ago. There is an incredible level of activity in the 20-something-year-old crowd. A lot of couples and singles are moving to Taylor, and it’s driving a whole lot of energy.”

While there is a 30-year age gap, both groups are driving the culture of Taylor, and the study pointed to one major factor Taylor will need to keep an eye on: the hospital in Oxford. Since it is on the south end of the city of Oxford, young and older professionals alike will look to Taylor as a viable option for a home as Baptist Memorial Hospital–North Mississippi expands.

The study states if Taylor would capture up to 15 percent of the county’s anticipated household growth outside of Oxford, it would add 115 households in the next 15 years.

“This 15 percent target is realistic, since Plein Air has already added 12 houses so far in 2015, and probably accounts for about 50 percent of the housing growth in Taylor. Thus the addition of 20 to 25 houses per year is not an unreasonable expectation,” the study says.

McCool said Taylor has the infrastructure to accommodate the growth, and another perk is the village is getting high-speed fiber to the home right now, which many communities in the state want but do not have.

“There’s a lot of existing and coming infrastructure that I think combined with the fact of how close it is makes it really attractive,” McCool said.

Other specifics from the study include:

• Employment is growing at 3.4 percent annually in Lafayette County, and the county has one of the lowest unemployment rates in the state.

• Housing demand is likely to increase south of Oxford. The new $400 million hospital being built on the south side of Oxford will employ 2,141 at its opening and will add to that number. It is the largest employer in the county outside of the university. The new hospital is less than a five-minute drive from Taylor on Old Taylor Road.

• Taylor currently represents a small, but increasing share of household growth in Lafayette County, but outside of the city of Oxford. Areas in the county, (outside Oxford city limits), with each access to water, gas and sewer are seeing the fastest growth. Taylor has all of these.

• Housing prices in Lafayette County have increased about 6 percent a year over the last five years and this should continue.