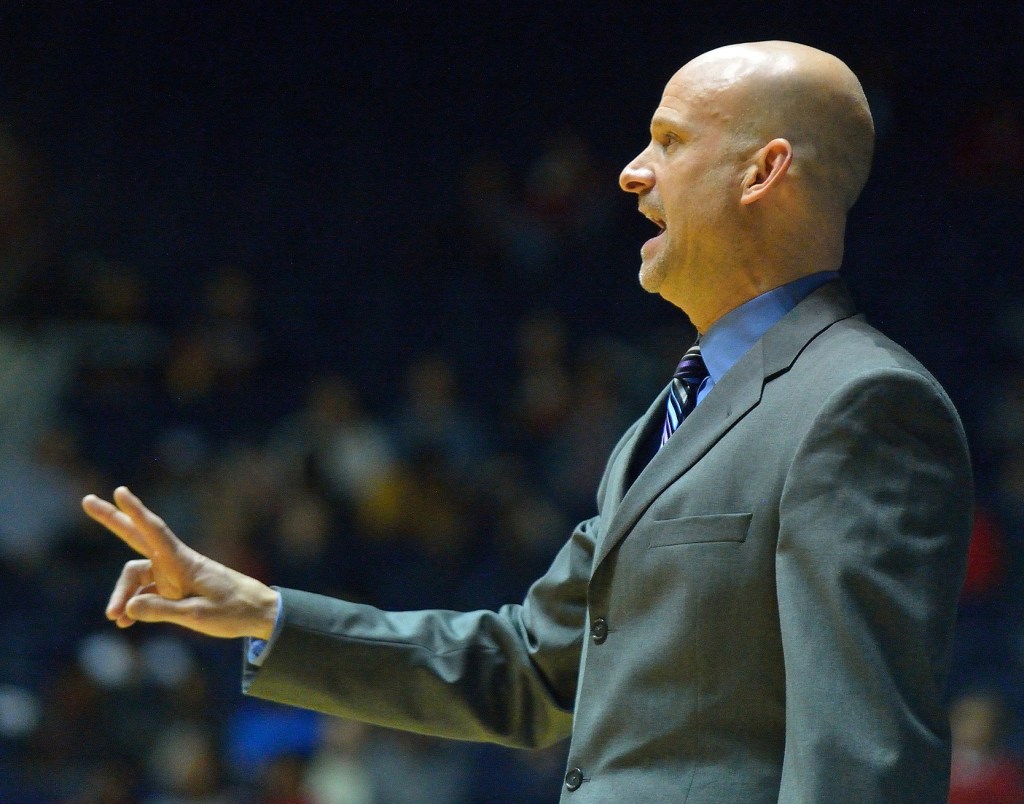 Andy Kennedy is wrapping up 10 years worth of memories at C.M. “Tad” Smith Coliseum.

The one most vivid, he said, is his first season as Ole Miss’ men’s basketball coach in 2006-07 when the Rebels beat defending Final Four participant LSU, a ranked Alabama team and Auburn all in their own building to help them win the Southeastern Conference’s Western Division and secure the first winning season that group of seniors had ever experienced.

“That and a few raccoons,” Kennedy quipped with a smile as Ole Miss prepares to head across the street to their new home at the Pavilion at Ole Miss at the beginning of next year.

But Kennedy made one more memory Tuesday before leaving.

Ole Miss won its fifth straight game with a 99-80 victory over Louisiana Tech at the Tad Pad to give Kennedy his 200th win at the school. Kennedy is just the 20th coach in SEC history to win that many games at one school.

“I think we’ve won about 82, 83 percent (of our games here),” Kennedy said afterward. “I hope we can transfer that over. We have had success here.”

Stefan Moody led Ole Miss (8-2) with 29 points to reach double figures for the 10th time this season while Rasheed Brooks had a career-high 20. Marcanvis Hymon and Tomasz Gielo added 14 and 13 points, respectively, for the Rebels, who set season-highs in points, 3-pointers made (12) and field-goal percentage (57) to grab their first top-100 RPI win, according to the NCAA’s updated RPI rankings.

Ole Miss led 52-40 at the half, matching the most points it’s scored in any half all season, and never led by less than 11 the rest of the way. Brooks went 8 of 10 from the floor, including 4 of 5 from

3-point range, while Hymon made all six of his shots. Moody finished 10 of 22 from the field and added four assists.

“Obviously when you make shots early, everything looks a lot better,” Kennedy said. “We beat a quality team. We made shots, and it became contagious.”

Sebastian Saiz shot just twice but pulled down a game-high 15 rebounds for the Rebels, who limited Louisiana Tech to 44 percent shooting from the floor and 33 percent from 3-point range to snap the Bulldogs’ three-game winning streak. Ole Miss finished plus-5 on the glass, winning the rebounding margin for the ninth time in its 10 games.

The Rebels’ final game at the Tad Pad will be Tuesday against Troy, but next up is a trip to Memphis on Friday.