BACK AND FORTH: Tulane’s late points sink Rebels in seesaw battle 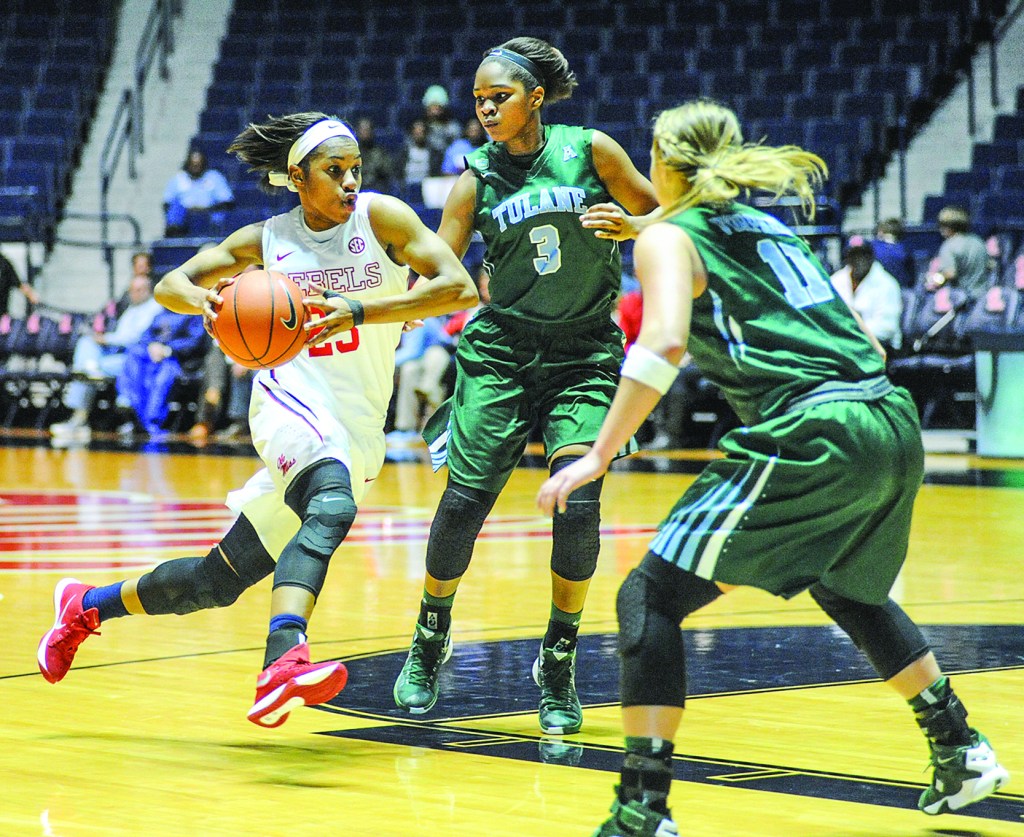 The Ole Miss women’s basketball team dropped a heartbreaking 61-59 contest to Tulane on Wednesday. Shandricka Sessom led the way with 22 points and 11 rebounds for her first career double-double.

Tulane cut Ole Miss’ once 10-point lead to just one possession at the 9:27 mark of the fourth quarter and seemed to be taking the momentum, but back-to-back charges from Torri Lewis kept the ball with the Rebels. Despite the momentum, Tulane took a 46-45 lead — their first since the first quarter with 6:09 left in the final quarter.

The final five minutes of the game were intense with the teams trading buckets up until the final minutes of play. With Tulane leading, 60-57 with 19 seconds remaining Jonell Williams converted a layup to make it a one-point game, but Tulane’s Kolby Morgan sealed the win from the line.

“I told them before the game, the free throw line would be the equalizer,” Ole Miss coach Matt Insell said. “We let Tulane shoot from the line 33 times. It was 100 percent the equalizer of the game.

A triple from Torri Lewis, who drained 10 treys in Ole Miss’ last outing, started the second half for the Rebels but the teams traded buckets for the majority of the third quarter.  A’Queen Hayes was all over the place on the defensive end helping the Rebels to force the Green Wave into 25 turnovers which led to 19 Ole Miss points on the evening.

Hot hand
The first quarter was tightly contested with neither team taking more than two possession advantage through the opening 10 minutes. Ole Miss leading scorer, Sessom got hot midway though and led the team with seven early points. Ole Miss was helped by a triple from A’Queen Hayes – her first of the season – as Williams provided a spark off the bench late in the first quarter with four points. Ole Miss took a 19-15 lead after 10 minutes of play.

Ole Miss started the second quarter strong and used five unanswered points, including a trey from Alissa Alston to take a 24-15 lead with less than a minute off the quarter clock. The teams traded possessions, but the home team dug in on the defensive end and pulled out the full court press at midcourt forcing the Green Wave to call a timeout, with the Rebels up 29-20. Tulane seized a little of the momentum but a bucket from Sessom and a charge from Lewis kept the ball with the Rebels and Ole Miss took a 32-29 lead into the halftime break.