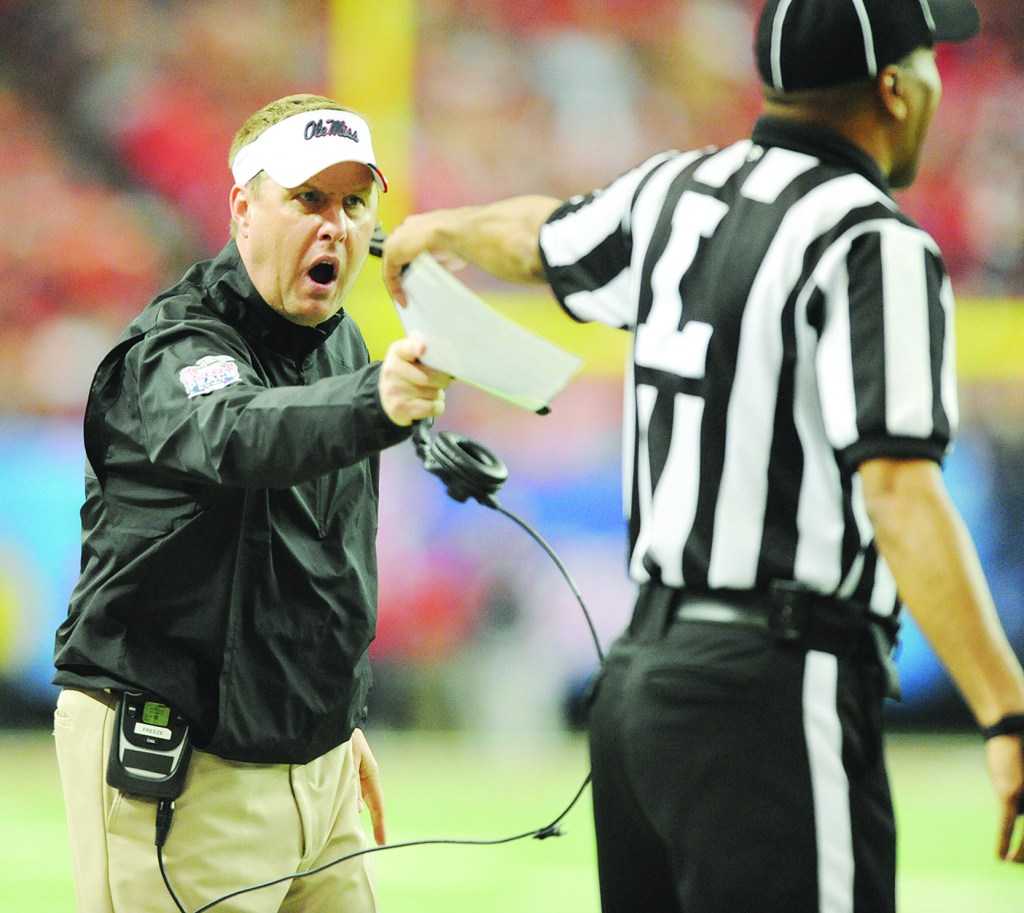 Ole Miss was rewarded for its season with a long-awaited invite to the Sugar Bowl on New Year’s Day in New Orleans, a city that’s famous for its vibrant nightlife in which locals and visitors have no problem letting the good times roll.

But before the Rebels’ first practice Monday in preparation for the team’s first postseason trip to the Big Easy in 46 years, head coach Hugh Freeze had a message that’s easier said than done.

“Basically just stay focused and don’t let the outside stuff distract us no matter what it is in all aspects” is how senior guard Justin Bell described Freeze’s words.

Players were more to the point.

“We’re not going up there to party,” wideout Laquon Treadwell said.

The 12th-ranked Rebels (9-3) are in a New Year’s Six bowl for the second straight season but are looking to finish with a bang against No. 16 Oklahoma State (10-2) rather than the whimper they did last season. In the first New Year’s Six bowl game ever played as part of college football’s new postseason format, Ole Miss took a 42-3 beating from TCU in last year’s Peach Bowl.

The ending soured the first of two straight nine-win seasons for the Rebels, though there were signs Ole Miss was running on fumes. The Rebels, who got as high at No. 4 in the playoff rankings, took their first loss at LSU, lost the game and Treadwell against Auburn the following week and got blown out at Arkansas three weeks later.

The Rebels got up one last time to beat Mississippi State in the regular-season finale before getting run out of the Georgia Dome by TCU, which showed maybe it should’ve been in the playoff by notching the biggest margin of victory in Peach Bowl history.

“Mentally with the injuries and people going down and the tough losses we had at the end of the season, I feel like it deflated us as a team because of the hopes that we had, especially going late into the season,” Bell said. “We were very young, and guys had never played through things like that. But we have a lot more experience and a lot more drive. We’ll be ready to play this game.”

Kelly is one of the few starters who wasn’t around for last year’s debacle, but he doesn’t really care about the past. The Rebels’ first-year signal caller is more worried about the team being able to carry its momentum into the offseason after winning four of its last five regular-season games.

“That starts right now until the time we go home for Christmas break to the time we get back for the bowl game,” Kelly said. “We have to keep focused and understand why we’re there. We’re going to win the Sugar Bowl, not to go play around.”

Freeze is making some changes he feels are necessary to the practice schedule this postseason after last year’s preparation was “all over the place,” he said. Freeze said each practice will be held at the same time at the same place unlike last year, and the team will practice longer in Oxford before breaking for Christmas to limit the amount of down time before players and coaches convene in New Orleans on Dec. 27.

“When we get there, we’re attacking it different,” Freeze said.

Freeze brings up last year’s bowl game every now and then, but Bell said words haven’t been necessary among players. They haven’t forgotten how they played in front of a national television audience then, and it’s serving as plenty of motivation now.

“We have to represent that name on our chest a lot better this year than we did last year in the bowl season,” Bell said. “We’re the only game that (night), so it’s all eyes on us. We just have to get ready to ball.”

BACK AND FORTH: Tulane’s late points sink Rebels in…