Memphians ‘excited’ for opportunity at Forum 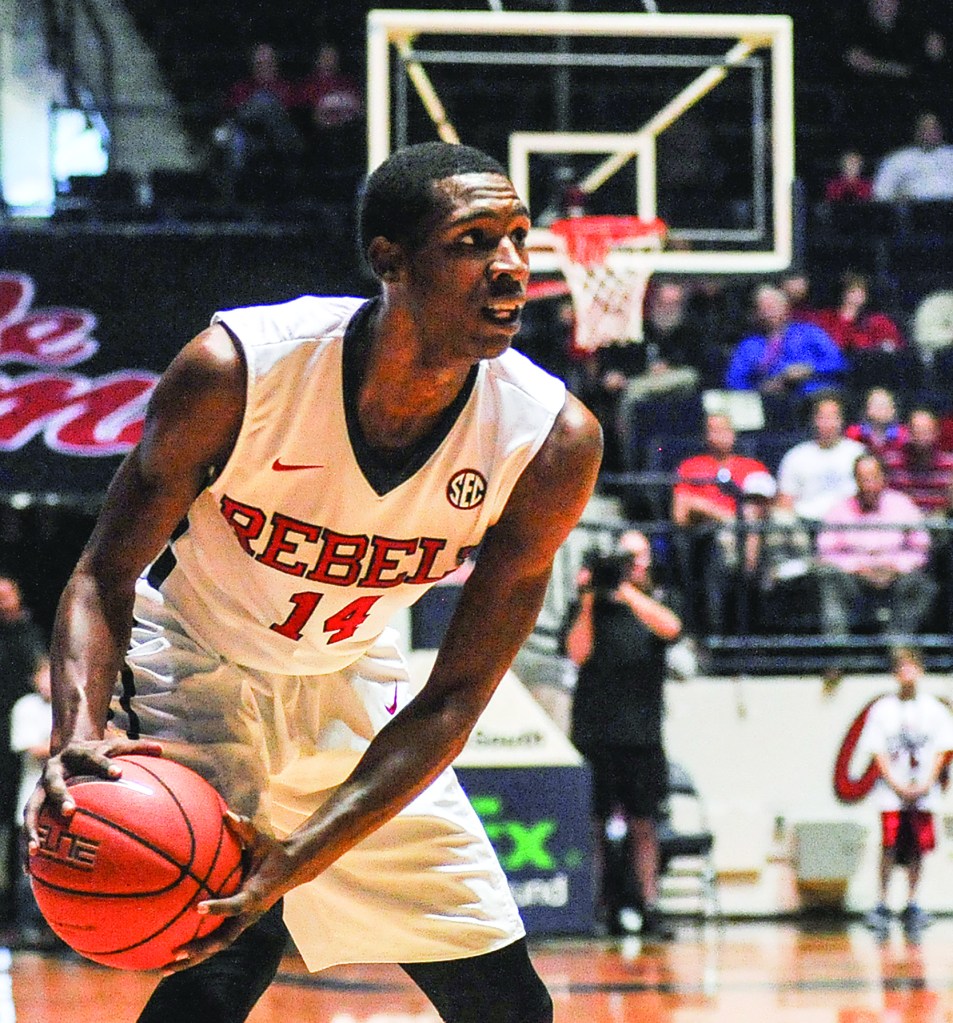 Rasheed Brooks has never played in the FedEx Forum, but Ole Miss’ junior guard attended games there as a recruit and has witnessed the atmosphere firsthand.

He knows what to expect when the Rebels travel to take on Memphis tonight in the city’s NBA arena in front of a home crowd that’s passionate about its Tigers.

“Their fans are going to come in no matter if they’re playing (Southeast Missouri State) or they’re playing us,” Brooks said. “They’ve just got a good atmosphere. Of course it’s only an hour away, so Ole Miss fans can go there and give us some support.”

Brooks will be one of four Rebels making the short trip back to a city they’ve called home at one point or another. Guards Martavious Newby and Donte Fitzpatrick-Dorsey as well as forward Marcanvis Hymon are all Memphis natives while Brooks spent the previous two seasons in the city playing at Southwest Tennessee Community College.

“It means a lot just going back to a city I was in for two years,” Brooks said. “We’ve got guys that grew up there. I know there will be people watching me, and I know they’re going to have people with family watching them. It’s going to be a big game, a fun game. I’m excited.”

It’s also the next opportunity for Ole Miss (8-2) to pick up a valuable road win when it comes to building its postseason resume. The Rebels have won five in a row with three of them coming away from home and picked up their first top-100 RPI win the last time out against Louisiana Tech.

Memphis (7-2) is just outside the top 100 of the NCAA’s latest RPI rankings but has lost just twice this season at the Forum, which is also home to the NBA’s Memphis Grizzlies. One of those setbacks was to No. 3 Oklahoma.

The Tigers have four players averaging double figures led by forwards Dedric Lawson and Shaq Goodwin, who are combining for nearly 29 points and 17 rebounds a game. The duo will challenge the success on the glass so far for the Rebels, who own a plus-6.9 rebounding margin and have won the battle of the boards all but once this season.

“Since we’ve moved Moody to the (point) and AP (Anthony Perez) to the (small forward), we have not been outrebounded by a quality opponent, which is a quality stat for us,” Kennedy said.
Kennedy said he’s ready to see how all of his players respond.

“We’ve got a lot of Memphians,” Kennedy said. “We’ve got a lot of guys that are going to be super excited to play in the FedEx Forum, one of the nicest arenas in the country. … It’ll be a fun game for us and an opportunity for us to continue to move forward.”