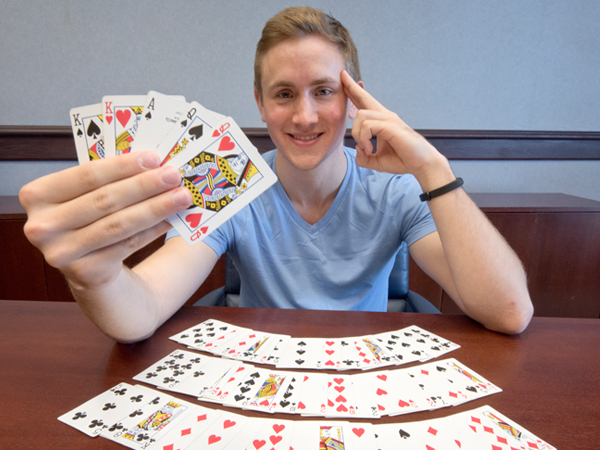 Alex Mullen displays the deck of cards whose order he is about to memorize.

By University of Mississippi Medical Center

A memory athlete who entered the world of competitive memorization for the first time in 2014, the Oxford native becomes the first World Memory Champion from the United States. The overall champion’s reward: $39,000.

Mullen took the overall title when he defeated frontrunner Marwin Wallonius of Sweden in a final speed-card clash.

Even before his trip to China, Mullen was ranked world-wide as a contestant, thanks to such feats as recalling the arrangement of a 52-card deck in under 29 seconds, committing to memory a series of 615 digits in order; memorizing 70 made-up “historical” dates in under five minutes and more.