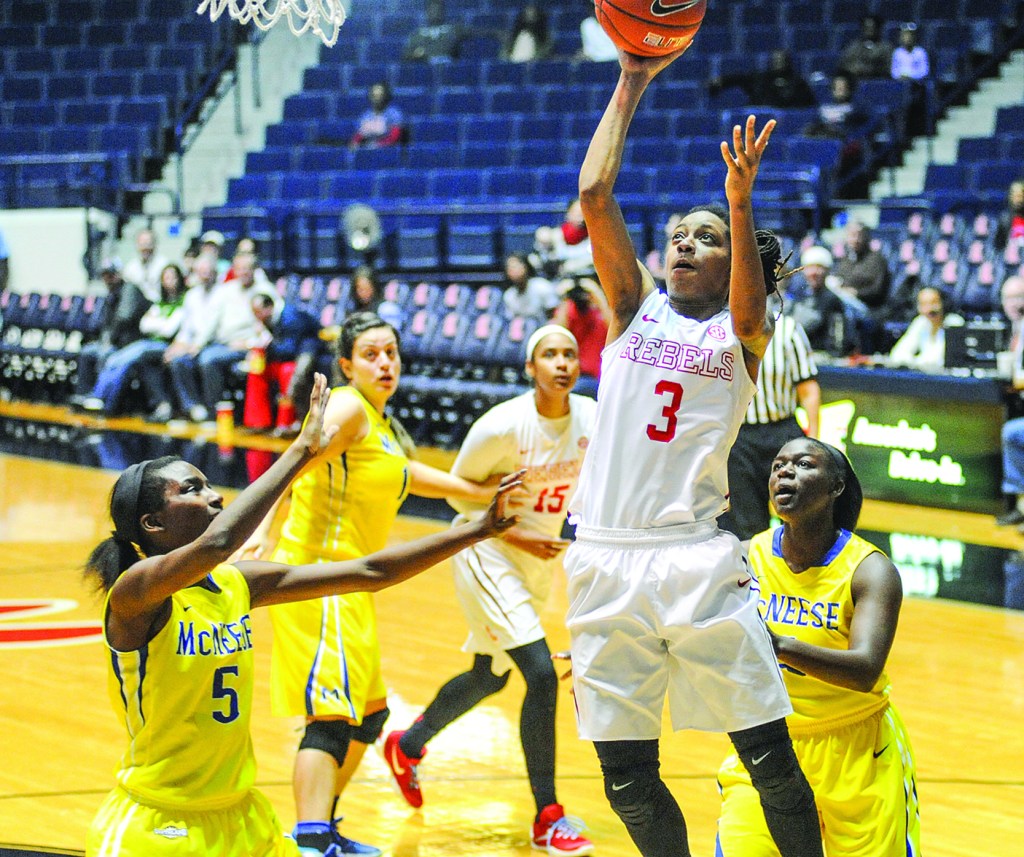 The Rebels hit the ground running and after a 31-point first quarter were on cruise control. McNeese State (7-4) made it interesting in the third quarter, but never got closer than 23 points. Sisk was the little engine that could and from the outset of the game was all over the place on the defensive end and tallied 13 first-half points en route to her eighth career 20-point game.

Ole Miss’ bench was outstanding and added 24 points including nine from Kiara Golden (Olive Branch, Miss.) who was 3-of-5 from long range – which tied her career high for three-point field goals.

Despite the Rebels scoring the first points of the third quarter, McNeese State came out with a renewed energy on the defensive and used a 14-0 run to take some momentum from the home team and keep them off the board for over four minutes at the third quarter media timeout. The home team dug in on defense and used their own 7-0 run punctuated with a triple from Sessom to take the momentum back and took a 73-42 lead into the fourth quarter.

Bench support
The home team kept the pressure on into the second quarter and opened with a 5-0 burst and kept McNeese State off the board until the 7:14 mark of the second quarter. Ole Miss got some valuable production off the bench from Madinah Muhammad and Kiara Golden and each tallied six first-half points with Golden nailing two triples. Ole Miss extended its lead to 34, its largest of the game with 1:34 left in the half, and held a 55-21 advantage at halftime.

Ole Miss opened up a 5-2 lead early, but the Cowgirls tied the game at 6-6 at the 6:13 mark of the first quarter. With the game knotted at 8-8 at the media timeout, Ole Miss went to Sisk who promptly forced three turnovers and held spark a 6-0 run for the home team putting the Rebels up 14-8 with 4:08 left in the quarter.

A pair of free throws from Jaylen Johnson ended the Ole Miss run but Ole Miss leading scorer Sessom countered with a triple and kept the momentum with the home team as Ole Miss took a 31-13 lead at the end of the quarter and saw Sisk score 13 points to lead all scorers.