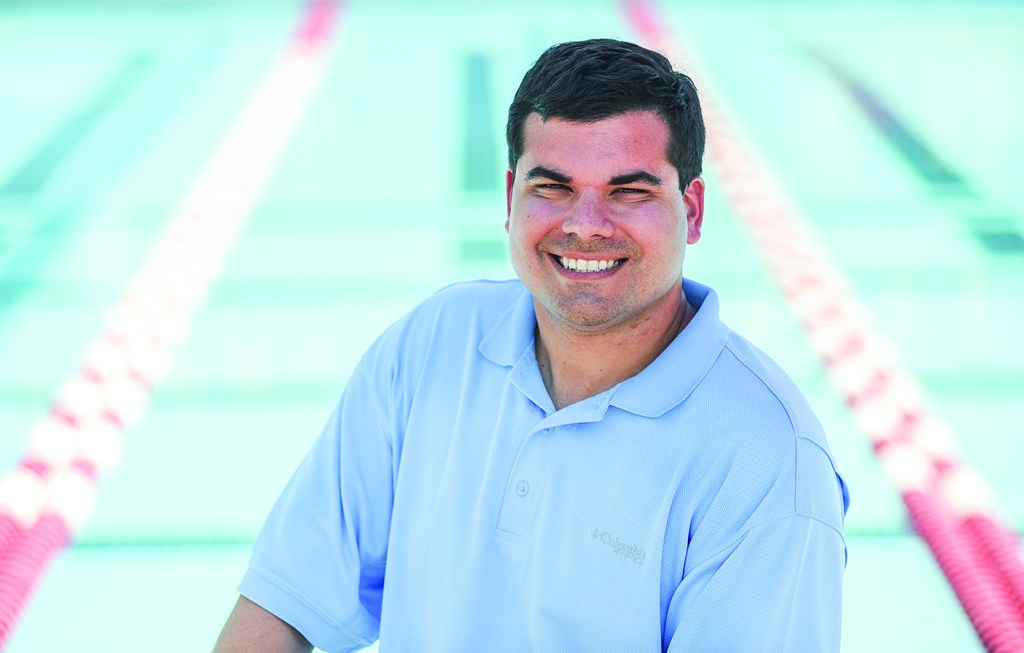 Robert Gonzalez took over the Oxford High swimming program in August and is now setting his sights on a bigger goal — bolstering the swimming culture in the community.

To do that, he is beginning with getting kids introduced to the pool at an early age and using the Shockwave club team as means to an end.

Shockwave is a swim team that has a nearly year-round schedule that includes two separate seasons and has more than 60 members that range from ages 6-18.

The team is not limited to Oxford schools only as students from any school in the Oxford and Lafayette County area are eligible to join Shockwave.

“Right now, we are just trying to rebolster those numbers,” Gonzalez said. “It’s a great opportunity for anyone out there looking for a new sport, and we’ll entertain anyone who wants to try it out.”

Much like the Chargers’ swim team, Shockwave  swimmers train at the Oxford city pool as well as the Turner Center on the campus of Ole Miss during different times of the year depending on weather.

The two five-month seasons consist of a long course season that takes place during the late spring through the end of summer. Then there is the short-course season that is going on now during the fall and the winter. The high school swimming season overlaps between the two, but Gonzalez does not run any Shockwave meets when the Chargers are in season.

Shockwave has competed in meets at Columbus and Tupelo already this season and won both of them. The goal is for Gonzalez to qualify as many individual swimmers as possible for the winter state championship that will be held in Tupelo in February.

Developing the future
With the ability to be around students from first grade all the way into high school, Gonzalez views the Shockwave program as a great recruiting tool for the Oxford High swim team when the students are eligible to join starting in seventh grade.

Gonzalez is not being selfish as he hopes it helps improve the newly reformed Lafayette High swim team that will return in August after an eight-year absence.

“We’ve been able to retain a majority of our high school program, and that’s kind of the goal is for this to be a feeder system for our high school program,” Gonzalez said. “The only way that one can be successful is if they are both running at a high gear. I don’t want our program here to be seen as an Oxford-only team. We have a lot of swimmers from a different range of schools.”

One of Gonzalez’s Shockwave assistants, Nicole Robinson, will be the head coach for the Commodore swim team. Robinson, who teaches Introduction to Biology at Lafayette, was a swimmer and a teammate of Gonzalez’s when they were on the Shockwave team.

“When I was looking for jobs, I knew that I wanted to teach somewhere that had a swim team or were open to starting a team,” Robinson said. “(Gonzalez) has already helped me a lot. He’s given me tips and pointers about what to do with a new team and the guidelines of how MHSAA works.”

For anyone interested in joining Shockwave, the next wave of tryouts will be held in early January. Interested persons can email Gonzalez at rpgonzalez37@gmail.com or call him at 662-574-9010.