OVER AND OUT: Nkemdiche suspended, declares for NFL Draft 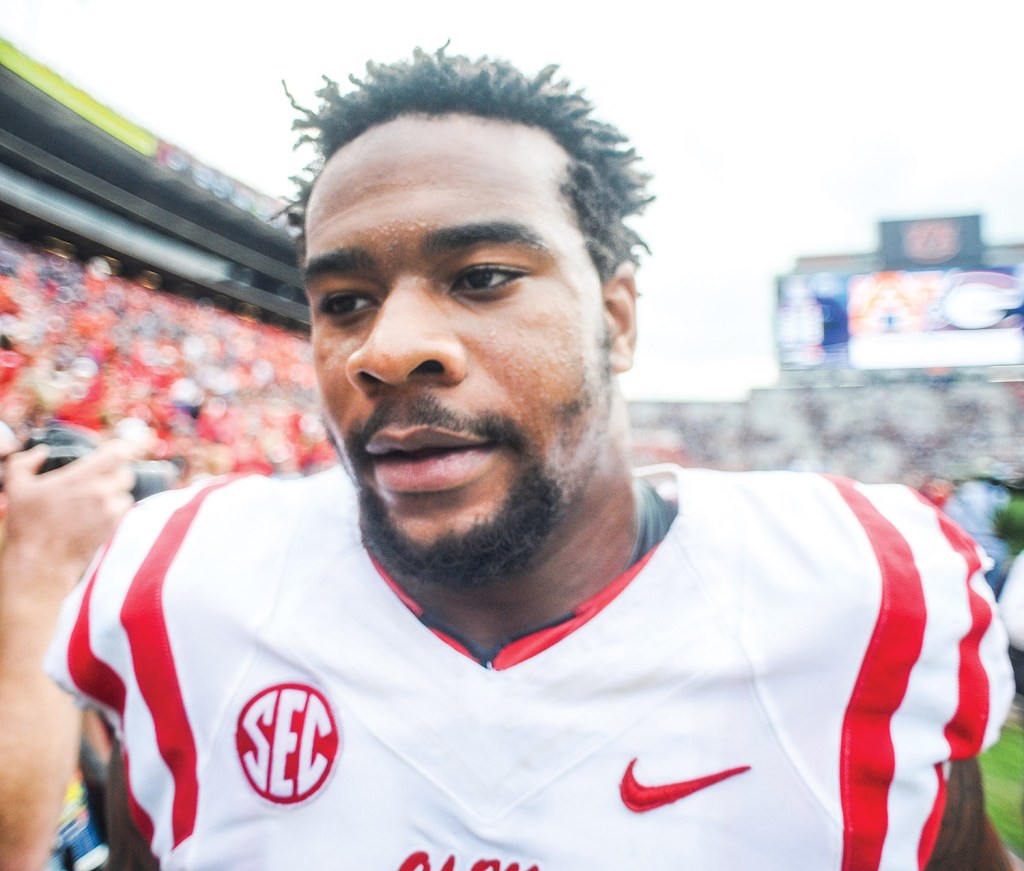 Robert Nkemdiche’s career at Ole Miss is over.

The Rebels’ star junior defensive tackle has been suspended for the Sugar Bowl and has chosen to declare for the NFL Draft, head coach Hugh Freeze said in a statement Sunday morning. The 6-foot-4, 296-pound Nkemdiche was the headliner of Ole Miss’ 2013 recruiting class as the nation’s No. 1 overall prospect coming out of Grayson High in Loganville, Georgia.

Nkemdiche is widely projected to go in the top half of the first round in next year’s draft, but NFL personnel are likely to grill the troubled standout about the events that led to his fall from a fourth-floor window at the Grand Hyatt Atlanta in Buckhead on Dec. 12 and resulted in him being charged with marijuana possession after Atlanta police said they found approximately seven marijuana cigarettes in the room from which he fell.

Nkemdiche was taken to Atlanta’s Grady Memorial Hospital and treated for minor injuries before meeting with investigators. Nkemdiche was found conscious and stable lying on the ground in front of the hotel’s main entrance once police arrived on the scene, though police said it’s unclear what caused Nkemdiche to bust through a double-pane window before falling over two ledges and eventually to the ground.

Freeze said at a previously scheduled press conference last Monday he wanted to gather “all the facts” before making a decision on Nkemdiche’s status with the team. Nkemdiche didn’t participate in either practice open to the media last week.