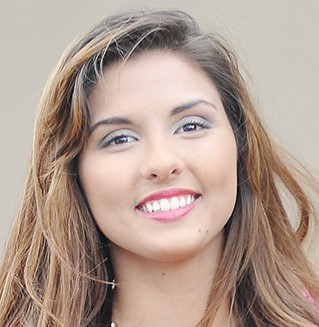 While the world watched as Steve Harvey humbly admitted his mistake by announcing the wrong winner during the Miss Universe pageant Sunday night, mother and daughter pageant duo Minnie and Andrea Hightower empathized with the contestants and for Harvey from their home in Oxford.

Harvey misread the cue card and announced the winner of Miss Universe was Ariadna Gutierrez Arevalo of Columbia; however, a few moments later he returned to say he had made a mistake and the winner was in fact, Pia Alonzo Wurtzback of the Philippines.

“My heart broke for both of them,” said Minnie Hightower. “Especially Miss Columbia, but maybe this will just propel her into bigger and better things.”

Andrea, 17, is the current reigning Miss Mississippi Teen USA 2015. Her mother, Minnie, is a pageant director with Miss Mississippi United States. The two watched the pageant in Oxford during a watch party at their house with about 10 other people.

“I was sitting in a chair talking about who won and all the sudden he said ‘there’s been a mistake,’ and I knew that only meant one thing,” Andrea said. “I started to freak out. It was surreal.”

A sheepish Harvey felt compelled to apologize on Twitter and to reporters assembled backstage.

“I feel horrible for this young woman,” he said.

Harvey said it was his mistake and that he would take responsibility for not correctly reading the card, which said that Wurtzbach was this year’s winner and Colombia was actually the first runner-up.

He held up the card for Fox network cameras to see up close. Talking with reporters afterward, Harvey and an executive for pageant owner WME-IMG called it human error.

“Nobody feels worse about this than me,” he said.

The Hightowers also felt badly for Harvey who they felt he did a good job as host.

“He would crack jokes and made the pageant a little more interesting because they can be boring,” Andrea said.

“We all make mistakes,” she said. “Unfortunately, his was on international television.”

Andrea said what happened after the pageant was even more crazy.

“Nobody really cares about the Miss Universe pageant and since there was this mistake, everyone’s talking about it now,” she said, adding that the extra attention could have a silver lining around the current cloud. “It makes people talk about it and when the next pageant airs they’ll watch it — to see what the next mistake is.”

Andrea commended Harvey for how he handled the situation after the mistake.

“He didn’t have much choice but to correct his mistake,” she said. “But it was how he apologized to them and everyone else after the show and how he put his pride aside, and that’s what made him a good host.”