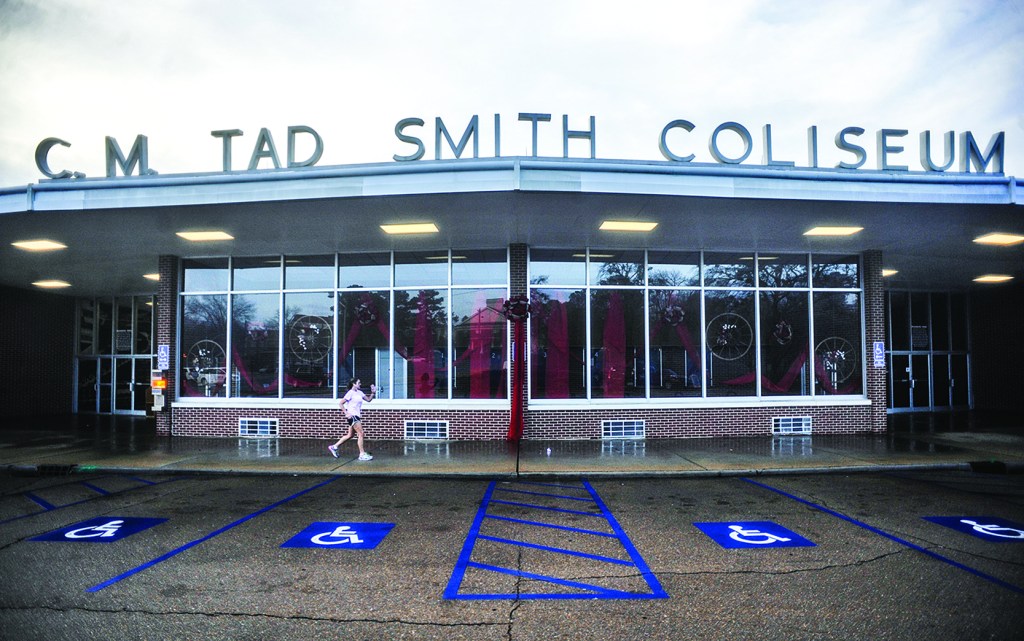 The Ole Miss men's basketball team will play its final game in the building today when it hosts Troy at 3 p.m., in Oxford, Miss. on Tuesday, December 22, 2015.

It is the end of an era for the Ole Miss men’s basketball team.

The Rebels host Troy today at 3 p.m. (SECN) for what will be the final men’s game played inside C.M. “Tad” Smith Coliseum before transitioning over to the new Pavilion at Ole Miss in January.

Today’s game marks the 700th game played by the men’s program at the Tad Pad, and they have a 489-210 all-time record. The coliseum was opened in 1966 for an original cost of $1.8 million — compared to the $95 million it cost to build the Pavilion — and has hosted more than 3.4 million fans in its 50 years of existence.

Current Rebel coach Andy Kennedy has picked up 125 wins in his 10 years at the helm and has seen some memorable moments, including former Rebel Chris Warren’s game-winning 3-point shot to defeat then-No. 10 ranked Kentucky in the final seconds in 2011.

There will be a pregame ceremony honoring the Tad Pad’s history.

As for the game itself, the Rebels (9-2) are looking to continue their six-game winning streak that was kept alive with a 85-79 win over Memphis on Friday. They are also looking for that all-important 10th win before conference play.

Guard Stefan Moody has led the way with 23.8 points per game, leading the Southeastern Conference in scoring and ranking seventh nationally. Moody scored 21 points in the Rebels’ win on Beale Street last week.

Another factor that is aiding Ole Miss is its ability to hit shots at the free-throw line. The Rebels are hitting 72.3 percent from the charity stripe, ranking them third in the SEC.

One player that may not be at Ole Miss’ disposal is Sebastian Saiz. The junior forward had his eye poked toward the end of the Memphis game and is listed as doubtful for today’s game.

Before getting knocked out of the game, Saiz recorded his fourth double-double of the season, giving him six on his career. Not having Saiz’s presence in the paint will be a big blow for the Rebels as he is pulling down 10.4 boards per game.

If history is any factor, Ole Miss should not have much trouble with the Trojans from Troy (5-5). The Rebels lead the overall series 9-0 and have won all seven games played in Oxford. Their last meeting was a 74-64 win last November.

Sophomore guard Wesley Person leads the Trojans with 18 points per game and is one of three Troy players averaging double figures. Freshman forward Jordon Vernado leads the team with more than eight rebounds a game. Troy scores nearly 77 points a game but gives up nearly 75 points to opposing teams.