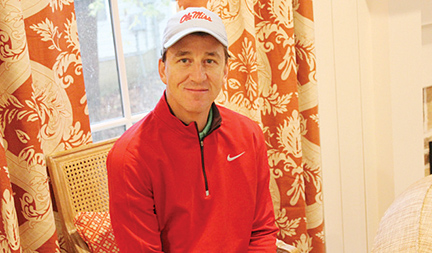 Connor Paul Heitzmann Cooper Manning has taken a different course than his famous father and brothers and has become successful in his own right.

Peyton Manning, Eli Manning and Archie Manning equal football. But the famed “Family of Football” has another Manning excelling on a different type of field.

Cooper Manning grew up in New Orleans, raised by parents Olivia and Archie Manning. He was set to follow in his father’s footsteps and play college ball at the University of Mississippi after excelling as a standout wide receiver at Newman High School.

“I grew up coming to Ole Miss a lot,” Cooper Manning said. “Both of my parents were here, and we just always loved and pulled for them. It just seemed like the right call.”

During his freshman year at Ole Miss, Manning was diagnosed with spinal stenosis, which ended his football career. After learning to walk again, he was determined to go back to school.

“Once I graduated, my younger brother Eli was here and played football,” Manning said, so we spent a lot of time up here coming to games.

Manning also evacuated New Orleans and moved to Oxford with his wife and kids during Hurricane Katrina.

“We had packed for three days and ended up staying eight months,” he said. “My third child was born in Oxford, and that really gave us a lot of time to explore and enjoy Oxford. My wife cried leaving New Orleans, and she cried leaving Oxford going back home.”

Manning said he loves bringing people with him when he visits Oxford.

“It makes you proud to show it (Oxford) off,” he said. “It is unbelievable how hospitable and welcoming the people of Oxford are. It’s contagious. No one is a stranger.”

“Someone expressed interest, and was like, ‘Hey, you might want to try to do something like this,’” Manning said. “I was like, ‘Sure. I’m gonna do it just for a kick to say I did it and prove to myself that I could do it.”

He said it’s much harder than one might assume.

“Trying to coordinate everything, such as booking the talent, getting it right, not taking up too much of their time, and just making it funny,” are some of the challenges, he said. “I do think that if it weren’t funny, they wouldn’t put it on. I like that.”

“Cooper is a very funny guy,” McCool said. “He knows how to make any situation exciting.”

McCool said Cooper’s best quality is that he can light up a room.

“He never lets a conversation get boring,” McCool said.

When asked if he considered himself the funniest of the Mannings, Cooper said, “I don’t even know the other Mannings’ names. I am an only child, and it’s been a rough go of it,” he joked. “I have battled back from many setbacks to be the most well loved and famous Manning.”

Looking back on his life, Manning said the person he has become can be attributed to his parents.

“My parents are the most inspiring people to me,” he said. “I just think they do it right. I feel very fortunate to have seen how to be a good dad, a good husband, and enjoy one another.” 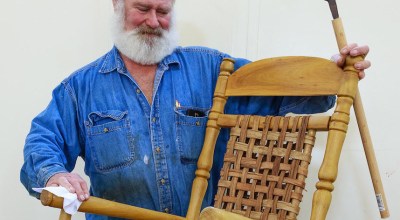 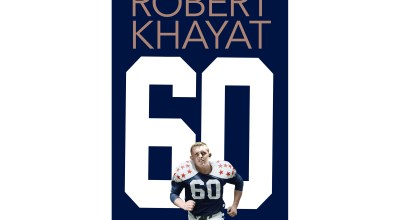 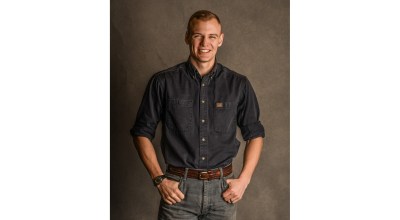