What makes a holiday? 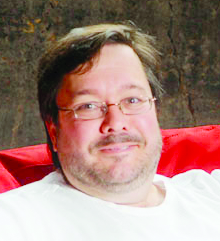 How one celebrates the holidays is as varied as the number of families in a community.

Each of us has their own holiday traditions. Some have been passed down from generation to generation and the holiday is not complete without the tradition.

Layer that with the food memories, music, gifts and how the holiday  changes for us based on our age and it is a little overwhelming.

I have been asking friends about their traditions.

One family has a tradition of hiding stockings so that grandchildren to grandparents all take part in a scavenger hunt for their treats.

Another celebrates on Christmas Eve and reserves Christmas for time with family.

There are families that must have the Danish Kringle for breakfast, or in my family try to recreate a family cranberry relish recipe that was always part of dinner. One that I can never get to taste like my grandmothers.

Most of all for me it was not a holiday until we read “A Visit from Saint Nicholas,” more commonly known because of the opening line as “Twas the Night Before Christmas.”

It was a family activity for us that made the reading enjoyable even after we knew the poem by heart.

Each year a different family member was selected to read the story.

As children we just attempted not to make a mistake if it was our turn. We hoped most that a favorite uncle who could do voices and noises while moving his arms to help us envision reindeer flying was asked to read.

I realized much later that it was not the story that made the holiday for me. It was the time with family.

Each year my brothers and I could count on, regardless of where we lived, or whose home we spent the holiday.  That grandparents, aunts, uncles, cousins and parents would all be together at this time.

My wife and I continue the tradition.  We are now the grandparents reading to a wide collection of relatives from nieces, nephews, grandchildren and in-laws that are now part of our tradition.

We use the same book that my grandparents read from when I was child.

A poem that may be one of the most recognized works in the English language is not the tradition we are keeping alive each Christmas.

It is the sharing of the poem.

Wayne Andrews is executive director of the Yoknapatawpha Arts Council.

Reflecting back on the local arts for the past…