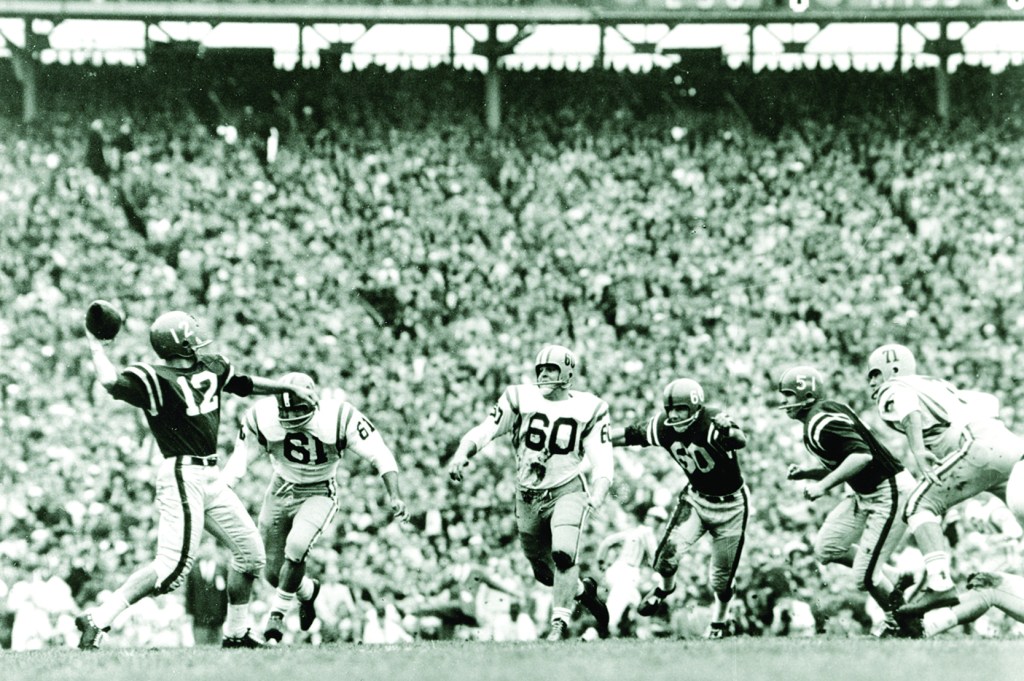 With Ole Miss trying to build on its lead early in the 1970 Sugar Bowl, the Rebels’ last appearance in the annual game, Archie Manning connected with receiver Vernon Studdard for a long gainer before Studdard was eventually bumped out of bounds. Studdard didn’t take too kindly to the hit.

“He threw the football at the guy,” Manning recalled. “Of course, it brought (the play) back and penalized us.”

But Studdard made up for his frustration when he stayed with Manning on a broken play late in the second quarter to turn it into a 30-yard touchdown — Manning’s only scoring toss of the game — to put Ole Miss up 24-6 on third-ranked Arkansas.

“It was a little scramble, and he made an adjustment and got us a touchdown,” Manning said. “So he kind of made up for his boo-boo there. I kind of remember that because we needed a touchdown badly at the time.”

Arkansas didn’t go quietly, getting within five points late in the fourth quarter with the ball and a chance to win. But Glenn Cannon, the Rebels’ All-American safety, put a jarring hit on Arkansas receiver Chuck Dicus with the Razorbacks driving deep in Ole Miss territory to force a fumble before recovering the loose ball, sealing a 27-22 win for No. 13 Ole Miss at old Tulane Stadium.

Ole Miss (9-3) will return to New Orleans on Jan. 1 to play in the game for the first time since what Manning called “a great win” over an Arkansas team that was in national title contention 46 years ago.

The Razorbacks, led by legendary coach Frank Broyles, were 9-0 that year before falling to Texas in early December in a matchup of the nation’s top-ranked teams in what was dubbed the game of the century. Ole Miss had to earn its way back into the Sugar Bowl conversation after losing its first two Southeastern Conference games to Kentucky and Alabama as well as a non-conference tilt to a Houston squad that was “probably the most talented team we played all year,” Manning said.

But the Rebels, under the direction of the late Johnny Vaught, didn’t lose again. A win over Georgia as well as a 38-0 upset of nationally-ranked Tennessee clinched Ole Miss’ spot in the Sugar Bowl for the eighth time in school history with a 7-3 record.

Manning, the Rebels’ All-American signal caller, won game MVP honors after going 21 of 35 for 273 yards with that touchdown pass to Studdard. He also ran for 39 yards and another score.

“I grew up watching Ole Miss play in a lot of Sugar Bowls, and I was very close to coach Vaught,” Manning said. “I know how much coach Vaught loved playing in the Sugar Bowl, so (the MVP) was special to me.”

The Rebels’ 24 first-half points totaled nearly one third of the 76 given up all season by Arkansas, the fewest of any defense in the country coming in. But Manning can still see linebacker Cliff Powell, All-American defensive end Bruce James and the rest of the Razorbacks’ defense that rarely made things easy running after him.

“That was a real good team,” Manning said. “The best thing we did was we jumped out to an early lead on those guys. Bo Bowen had a long (touchdown) run, and we got an early lead. Then we got some people hurt, and we had to kind of hold on.”

Arkansas quarterback Bill Montgomery led the comeback attempt, throwing for a game-high 338 yards and two touchdowns. Dicus finished with six catches for a game-high 171 yards. The teams combined for 954 yards of offense.

Ole Miss’ matchup this year against Oklahoma State will kick off from the Mercedes-Benz Superdome at 7:30 p.m. on New Year’s Day.

ROUNDING INTO FORM: Treadwell finds stride to put up…