Gerob Daniels enjoys new job as a driver in Oxford 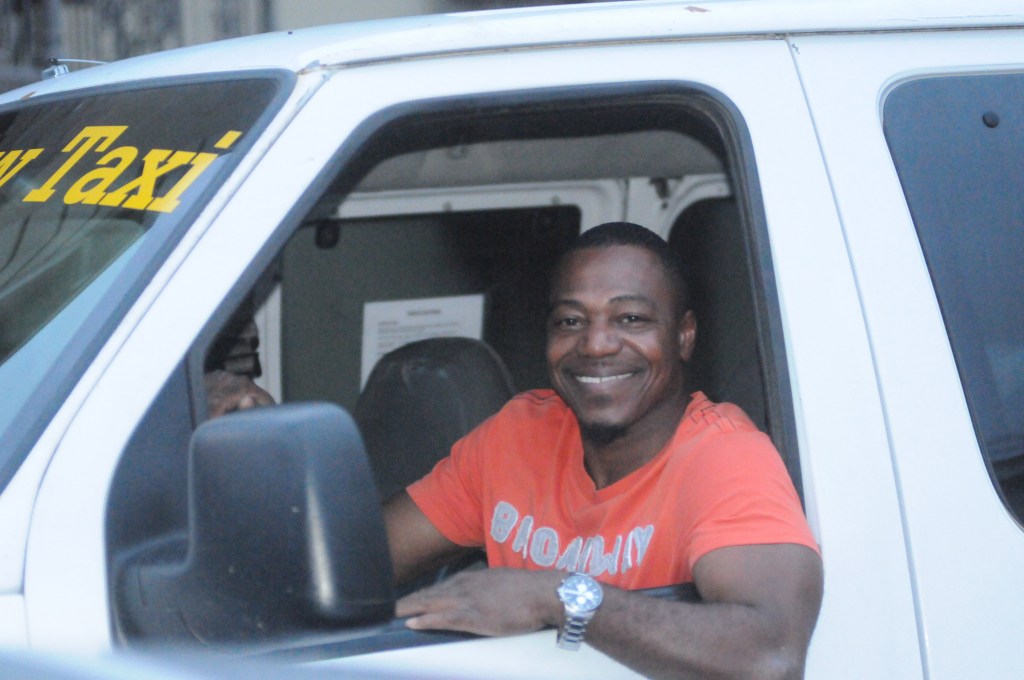 ccommodating the large amount of people during game weekends is not the only thing taxis in Oxford do to earn their fare.

Gerob Daniels started driving a vehicle for Oxford Yellow Taxi in mid-October of this year. It has been an interesting two months for him.

“It’s not a hard job and you have a lot of fun doing it,” Daniels said.

He met the owner of the cab service who convinced him to to give it a try.

A self-described “fixer-upper,” Daniels has been in the process of renovating his new cab with carpet. He used to drive a smaller vehicle. Since he was more willing to pick up customers at odd times. He was allotted a larger vehicle to drive.

He drives Thursday through Saturday and some Sundays, after church services are over. Once a call is placed for a taxi, the dispatcher will text a driver who is on duty in the area to pick someone up.

Daniels has been successful to the point where people are asking for him to come pick them up directly.

“They’ll save your number if they like your service,” Daniels said.

Daniels said the number of inebriated passengers he has had to deal with in his short tenure surprised him, but he remains understanding of their situation.

He said other customers in the taxi usually help out if that happens, but it has happened twice so far. Daniels said the other drivers, who have been driving longer, have a lot more stories.

Daniels said he once picked up a customer who passed out before he could tell him where he wanted to be taken. He could not get him to wake up and did not know where to take him. What could Daniels do? He let him rest for the remainder of the night on the back bench-seat of the van until his shift was coming to an end. That shift lasted all night long.

During the ride, Daniels said other customers did not seem to mind him being there. Several female passengers were taking “selfies” with the man throughout the evening.

“He rode with me until like 5:30 the next morning,” Daniels said.

Around that time, the passenger awoke and yelled out his address as if nothing had happened. Daniels took him home safe that morning.

Parental instincts kept Daniels from letting the young man get in trouble. He could tell he was a student. Daniels said he did not want him to get kicked out of school for having too much to drink one night.

“The last thing, as a parent, I want to hear is my kid has been thrown out for a semester. There goes my money, because he went out and had a good time. Too good of a time,” he said.

Daniels said he does not have bad experiences with many students in Oxford. Additionally, they are not always drunk. Occasionally, he finds himself giving relationships advice.

Once, several female students broke down and began crying in the backseat and he felt like he should say something.

“Two of them were young ladies. They had went out, everything was going well and then a boyfriend started being a jerk,” he said.

He told them both, “Be careful about the guy you chose,” and “Don’t give your heart before you find a person out.”

One of the students asked Daniels how to find out a man’s intentions. He told her to ask him where he sees himself in the future. If she is not in the picture it is a possible sign he is not the one for her.

Even with the occasional passenger vomiting in the trashcan he keeps, Daniels said the only thing he does not like about the taxi business is the off-season.

Beforehand he used to drive an 18-wheeler, so driving has been his business.

Daniels said he is in the process of starting his own trucking business and wants to bring it to Oxford. He moved back to Oxford to raise his family. He has seven daughters ranging from 12 to 26 years old, with two in college.

He said the cab business he picks up helps him support his ambitions and his family.