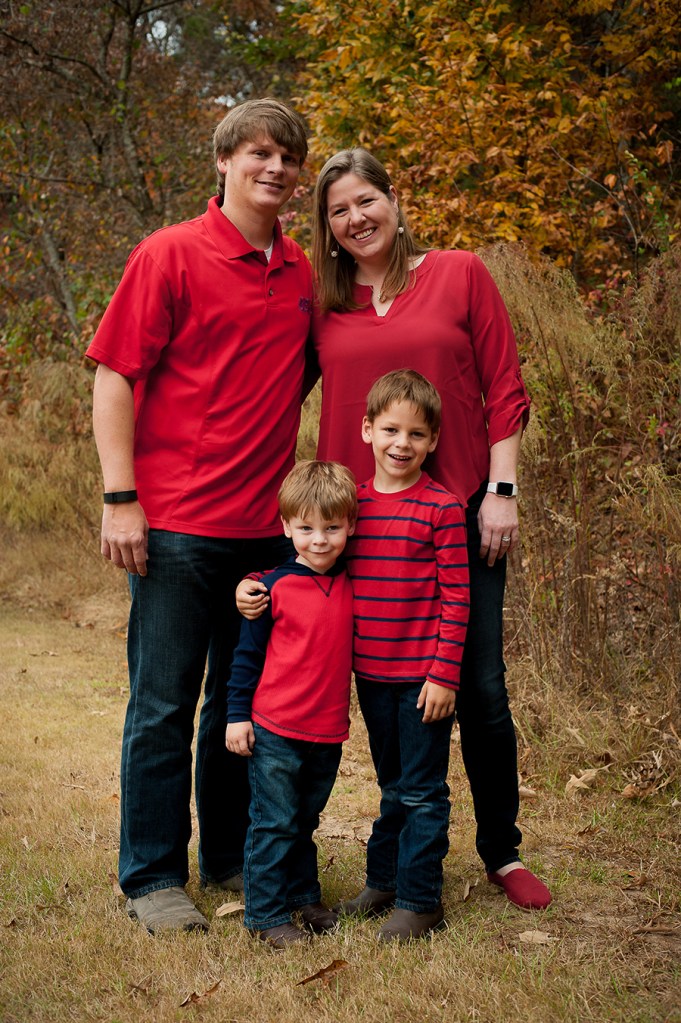 Working in education is stressful and so is raising a family, but between each other it can work.

“It’s not stressful, so to speak, it’s just more of a commitment,” Marni Herrington said.

Prior to being an assistant principal, Marni Herrington taught for 11 years.

She taught AP Biology and Biology to Oxford students and served in coaching positions for the Lady Chargers.

He teaches English-Language Learner to seventh-grade through 12th-grade students at OHS as well as at Oxford Middle School.

They currently live in Oxford with their two children, Carter and Bryson.

The couple first met a decade ago in Sunday school class in church. Her mother, Beth Fitts, taught the class, and introduced them.

“I thought she was real nice but I rarely got to sit with her to get to know her. She was always early and I was perpetually late,” Thomas Herrington said.

He was teaching at Ole Miss at the time, but later moved to work at Mississippi College in Clinton after they started seeing each other and they dated long distance. Later, both of them applied in either city with the hopes they could work near each other. He was hired to work in the local school district and the rest is history.

They were married on Dec. 16, 2006, and are going on their 10th year of marriage. Now, with two children, there is less spare time, but they still enjoy working together in school and at home.

“I don’t think that there are many disadvantages to it.  We get to bounce ideas off of each other and if we need help, we often go to each other right off the bat,” he said. “The greatest challenge is probably being tired getting home,” he said.

Even so, he said family has been a resource to them and living close to Fitts has been an advantage.

“It’s not stressful, so to speak, it’s just more of a commitment,” she said.

He first had the opportunity to begin teaching while in China. The experience made him want to learn how to hone the craft himself.

“I have always enjoyed learning and I think teaching is a natural outgrowth of a desire to learn,” Thomas Herrington said.

Marni Herrington earned her undergraduate degree in secondary education from Mississippi State University in 2002. She began teaching at OHS later that year. Later, she received her master’s degree in curriculum and instruction from the University of Mississippi.

Marni Herrington was recently named OSD Administrator of the Year.

“I am so thankful that God placed me in Oxford,” Marni Herrington said. “I feel so blessed to have been able to come home and work in the school system that I graduated from,” she said.