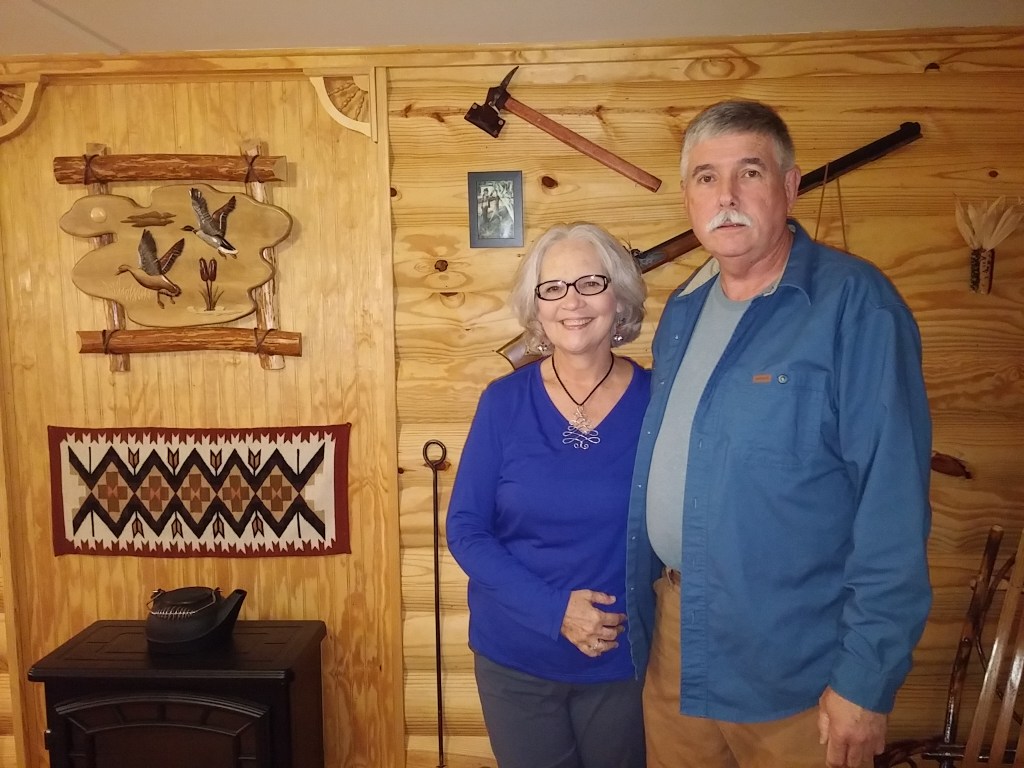 Rusty Pinion and wife Jean Pinion created the Tula Opry and run it on County Road 436.

Whether you’re looking for a quiet place to live away from the traffic and hustle and bustle of life, want to learn about Lafayette County’s history or need to jam to some bluegrass, Tula is just the place.

The community of about 200 or so off of Highway 331 in southeastern Lafayette County was once prospering. In the 1920s it was home to the Tula Normal Institute and Business College, a couple country stores and churches. Two-story homes filled the area as boarding for the college.

The college eventually became a schoolhouse, but then in the 1960s schools were all consolidated in the county. Tula’s buildings closed up shop in the 1970s, and today it’s a far different village, but it’s one longtime residents love.

Rusty Pinion has lived in Tula all his life and has seen its progression. He’s also putting his woodworking talents to use to make Tula more than just a stop in the road for folks who are visiting for the annual William Faulkner conference or driving by to see author Larry Brown’s grave in a pasture.

“I’ve lived here all my life, so far,” he said. “I was born here. It’s a little community, and it hasn’t changed a whole lot since I was a kid. When I was a kid there were two country stores in operation, a post office. We’ve always had a Baptist and a Methodist church. About all that’s left now is the two churches.”

But, the 55-year-old has tackled two projects that improve quality of life, including the Tula Opry and restoring the old post office.

“That’s the best thing going on in that direction,” Lafayette County Road Manager Jerry Haynie said about the Tula Opry. “That kind of put Tula back on the map. It’s good fellowship time for everyone. It ended up being a big thing. Just giving folks a place to come and listen to a variety of music.”

Tula Opry, on County Road 436, is open once a month for bluegrass and wholesome family entertainment.

Pinion, part of the band “Lost Tyme,” repurposed an old building into the Opry six years ago when he was looking for a home base for his band.

“I’ve been playing banjo bluegrass for about 35 years now, trying to,” Pinion said. “We’ve just always been in a band. There for a pretty good while we’d play every weekend, going here, going there and it got to where it just wasn’t fun anymore. I always wanted to have a place where we could just get together and play, and I had the opportunity to build that, so I built that and we play there once a month. It’s been good.”

Rusty’s wife, Jean, said about 100 people come each month for the tunes. She said others will step up to the microphone and play a few songs, whether it’s bluegrass, country or gospel. There’s even a clogger and a comedian.

“There have been a lot of people that come,” she said. “They have friends that are coming here to play. It’s already crowded enough that if we advertised it would be too much.”

A donation bucket helps pay for the light bill.

“Everyone just comes and has a good time,” Rusty Pinion said. “It’s just a good family atmosphere. You bring your kids. No drinking, cussing or tobacco spitting or anything like that. There’s not many places left like that. People enjoy it.”

The next Opry is at 6 p.m. Jan. 9, and while visitors are there, they might take a look across the street at Pinion’s other project: restoring the old post office.

He hopes to have it finished in the spring, and residents of the quiet community, who are mostly elderly, have stopped in to visit while he’s working and are very excited about the project.

“About the biggest thing that happens around here is when we put up a calendar at the beginning of the year,” he joked. “Everybody just enjoys life.”

Jean Pinion said she moved out to Tula 14 years ago when the couple married and said it’s a peaceful place to live and appreciates all the quiet life offers. Rusty wouldn’t want to be anywhere else.

“I’ve just been here so long, I wouldn’t know how to live anywhere else,” he said. “I just never thought about going anywhere else. I always liked it so much. We’ve got a saying ‘there’s no place like Tula.’ It’s just a sense of community.”