BACK TO BUSINESS: Rebels report to New Orleans for Sugar Bowl prep 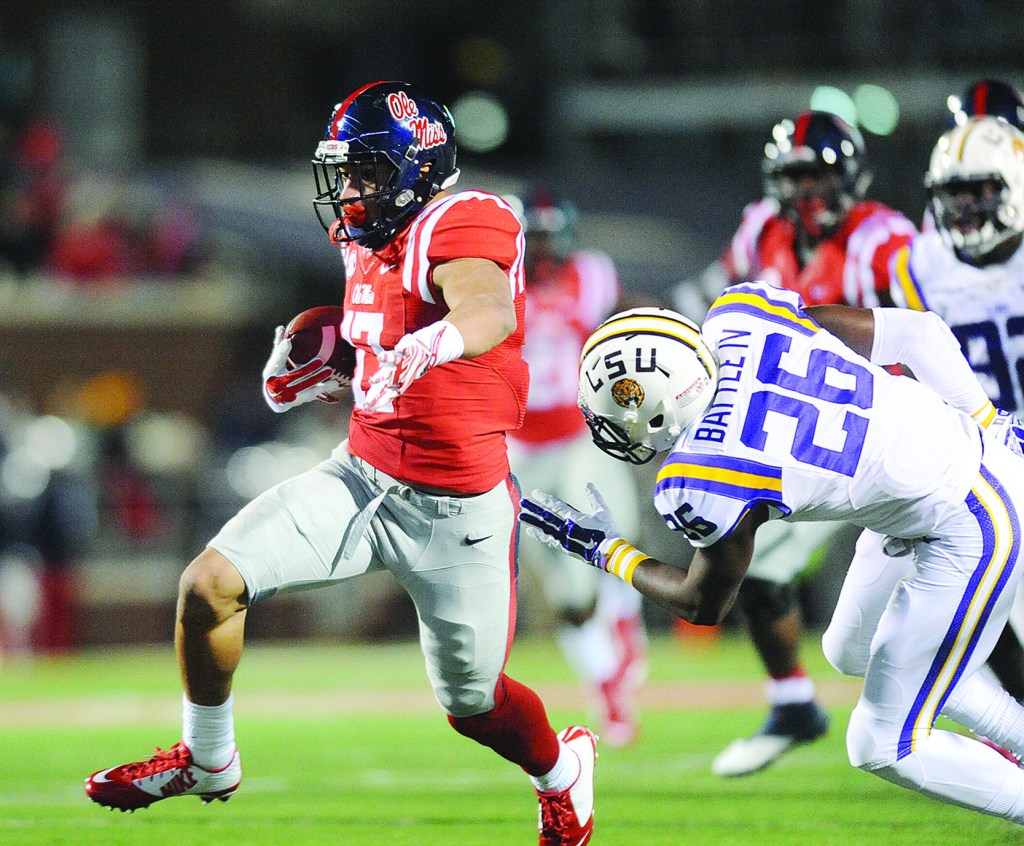 The presents have been opened, the food has been eaten, and Christmas has come and gone.

For Ole Miss, the Rebels are hopeful there is one more gift waiting for them — a Sugar Bowl win.

The 12th-ranked Rebels reported to New Orleans on Saturday after breaking for the holidays and have picked up where they left off in Oxford to prepare for No. 16 Oklahoma State for Friday’s game (7:30 p.m., ESPN).

“We enjoyed a little time off for Christmas, and I’m anxiously awaiting our team meeting (Saturday night) so I can look our guys in the eyes and remind them why they are here – to compete against a very good Oklahoma State football team,” Ole Miss coach Hugh Freeze said to members of the media upon arriving in New Orleans.

Returning to a New Year’s Six bowl for the second time in as many years is something that has been on the mind of Freeze ever since it was announced earlier this month. After the 42-3 loss to TCU in last season’s Peach Bowl, the opportunity to have another crack at an access bowl has been gnawing at Freeze.

“It’s hard for me to judge players. I don’t know about them, but I can tell you that it has fueled me and my approach and my staff, which I hope translates to our players also” Freeze said.

Freeze may not know how his team will respond, but certain members of the Rebel defense, like senior defensive back Mike Hilton, remember all too well the six touchdowns and 423 yards of total offense TCU piled up.

Ole Miss is facing another top-10 passing offense in Oklahoma State, which is ranked seventh nationally with 357.3 yards per game and 35 touchdowns through the air.

“Everybody’s more focused,” Hilton said to the media at the team hotel Saturday. “Last year, everybody was a little looser and having fun. We just got down to New Orleans, so now we’re more focused and ready to put on.”

From the start, Freeze admitted last year’s planning from practices in Oxford to bowl game events and practices in Atlanta was not something he was pleased with and was going to change their approach leading up to the Sugar Bowl. The Rebels stayed in Oxford a little longer before the holiday break and will only be practicing at one location the rest of the week, the field they will be playing on Friday night — the Superdome.

Being the home team, the Rebels were able to choose their practice location and Freeze made sure stability was the main priority.

“Our energy. I feel like last week was one of our best weeks of practice all season,” Ole Miss tight end Evan Engram said. “Coach Freeze set the tone at our first team meeting once bowl practice started. He set the tone of what we were going to do. From experience last year, we knew messing around and not taking preparation seriously could end up pretty bad for us. We’re on the same page. We want to be Sugar Bowl champs.”