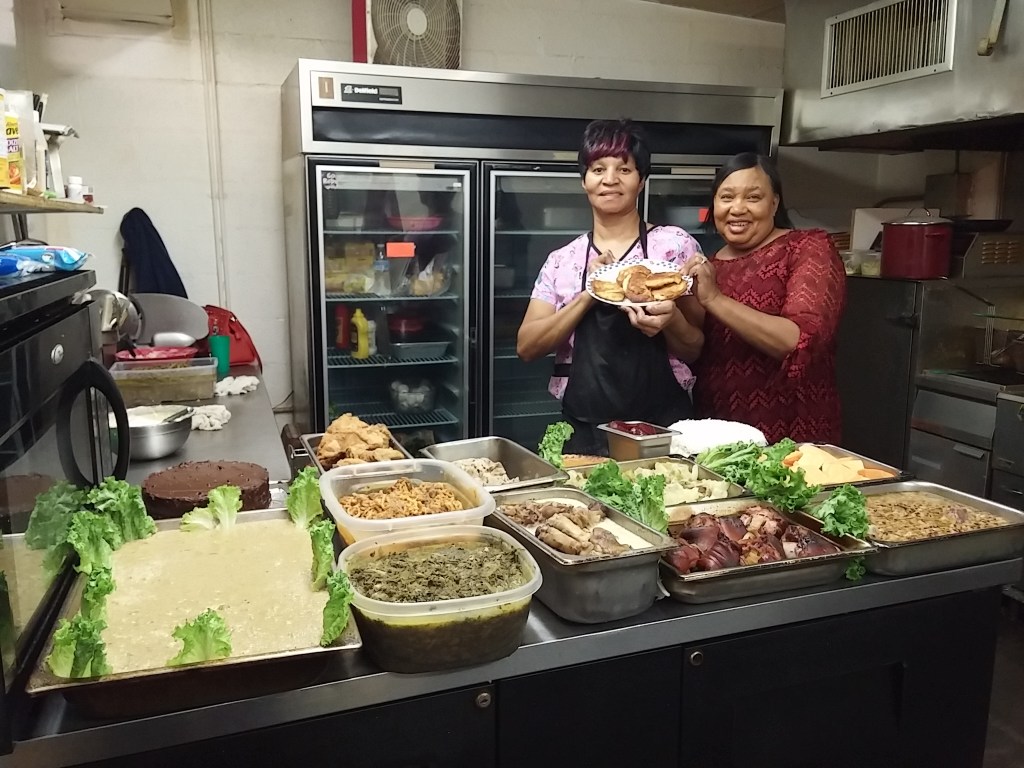 Many people across the country will wake up Friday morning and think about what they need to eat to have good luck in 2016.

Long-honored traditions, particularly in the South, of eating black-eyed peas, turnip greens, pork and more will be honored in households and restaurants.

One restaurant ready with a spread for New Year’s Day is Mama Jo’s Country Cookin on Old Highway 7 North.

Jo Ester Brassell, more commonly known as Mama Jo, said she will have everything ready for folks starting at 6 a.m. New Year’s Day.

“We usually do black-eyed peas, cabbage, sweet potato yams — those mostly are the veggies that they usually have,” she said. “Our meat is going to be ham hocks, fried chicken, ribs, neck bones, pig feet and catfish. It’s an old tradition that that’s what you have on the new year and God will bless you the whole new year.”

She said a lot of residents don’t want to cook and will head out to the restaurants that are open in town.

John Currence, chef and owner of the City Grocery Restaurant group, said growing up his family even took cooking greens a step further for good luck.

“The traditional foods are cabbage and greens, that as I understood were to bring prosperity in the new year. Black-eyed peas were meant to bring luck in the coming year. My grandmother and mother always put a penny in a pot with the greens because it was meant to symbolize the fiduciary part of that.”

He said an ongoing tradition for one of his restaurants, Lamar Lounge, is to serve smoked pastrami on New Year’s Day, and they have plans for that.

And, Currence said, for those who don’t buy into the tradition, there’s always pizza.