County building inspector busy since coming on board in May 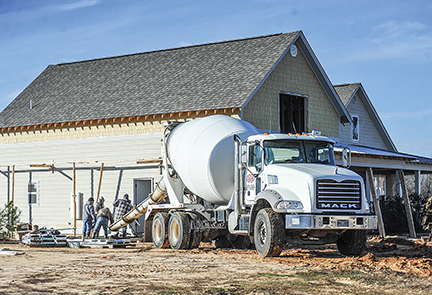 County building inspector Joel Hollowell has been a busy man since coming on board mid-way through 2015.

On Monday, Hollowell gave the county board of supervisors an update on building permits that have been issued since the beginning of May.

Hollowell presented an overview of the building boom, in particular the various subdivisions.

“Cross Creek and Southpointe subdivisions are basically full. Just a couple of lots left in each one of those,” said Hollowell. “Franklin Farms is filling up very quickly. There’s a few lots left in it. In Oxmoor, we’ve got a good bit going on out there and it’s nearing capacity as well. Northpointe is very near capacity. There’s a lot going on at Twelve Oaks, and of course getting ready to issue permits on that new section before long. We’re getting ready to issue some permits out on Highway 30 and Woodson Ridge subdivision and Cobblestone. We’ve got a good bit going on in the Oxford Commons area where we’ve issued four permits for houses. Still a good bit going on in Wellsgate and down in Taylor Green.”

Issuing permits is not all Hollowell has been doing for the last six months. Besides inspecting houses and businesses, he stays very busy on a daily basis.

“If you average how many inspections we do a day, and some days are busier than others, it averages about six inspections a day,” Hollowell said. “And among that we’re looking at erosion controls, making sure streets are staying clean and contractors are not making all their neighbors angry in subdivisions. And we deal with mobile home developments.”

Supervisor Kevin Frye asked Hollowell that as the county moves forward with the planning process and looking at a variety of issues if he has considered certain things that could be done better in regard to subdivision regulations.

“I have a running list of issues that I would like for us to address in the planning process,” Hollowell said.

He also deals directly with the planning commission and in conjunction with county engineer Larry Britt and fire coordinators Wes Anderson and Jerry Johnson.

“And along with that, we’re doing planning reviews with the planning commission to try and head off some problems we might have later on down the road,” Hollowell said. “So we’re all involved and trying to make that process a lot easier as well.”