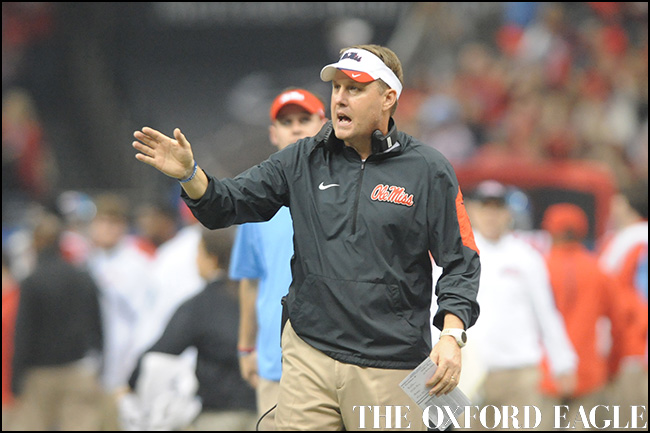 After guiding the Rebels to a second straight New Year’s Six bowl and a victory in the AllState Sugar Bowl, Freeze’s contract has been extended by one year to the maximum four years allowed by the state, and his base salary rose from $4.3 million to $4.7 million as of Jan. 1. His salary will increase by $150,000 per year, and incentives will continue to be based on APR, playoff rankings, coaching honors and SEC Championship game and bowl participation.

“In four short years, Hugh Freeze has taken Ole Miss Football from the bottom of the SEC to one of the premier programs in college football,” Bjork said. “Coach Freeze is a unique leader who has the ability to develop young men both on and off the field. With his staff’s leadership, chemistry and integrity, there are championships in our future, and this investment and ongoing stadium renovations indicate our commitment to supporting the vision. We look forward to seeing Coach Freeze on the Ole Miss sidelines for a long time.”

Vaught-Hemingway Stadium is in the midst of a major facelift that will see the north end of the facility bowled in and transformed into an exciting new “front door” in 2016, complete with a plaza and bell tower. As part of the Forward Together capital campaign, the south end zone was renovated to add 30 luxury suites and 770 club level seats prior to the 2015 season, while the west suites were all refinished.

“I am humbled and blessed by the continued confidence our administration continues to show in our staff,” Freeze said. “I am grateful especially to Ross for his proactive leadership and steadfast support. I also appreciate the salary increases for our assistant coaches and support staff, who have worked extremely hard to build this program. My family loves Oxford and the Ole Miss family and are blessed by God to continue building this program and working with the young men that choose this great university.”

In the time since Freeze inherited a program coming off a two-win season and 14 straight Southeastern Conference losses, the Rebels have made four straight bowl appearances and won three of them. The team’s win total under Freeze has risen as consistently as possible — from seven in 2012 to eight in 2013, nine in 2014 to 10 this season.