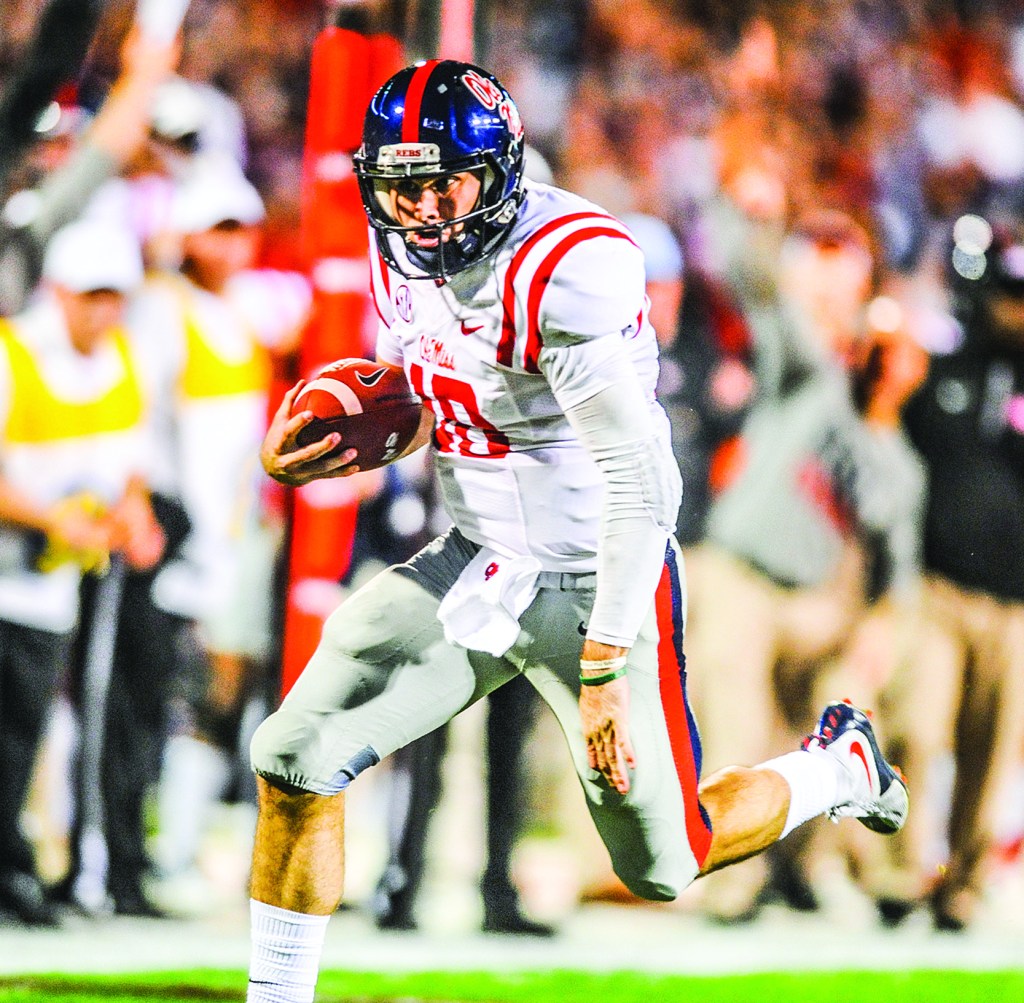 Ole Miss players, coaches and fans are still on the high on that Sugar Bowl win on New Year’s Day that put a bow on the Rebels’ latest season of progress under head coach Hugh Freeze.

But it’s never too early to look ahead to next year.

Spring practice is just three months away, and the Rebels, fresh off their first 10-win season in more than a decade, will be a popular pick to be one of the threats to Alabama next season in the Southeastern Conference Western Division. But Ole Miss is losing some key pieces and will bring in some new ones shortly as the Rebels try to show they’ve got staying power among the top teams in the nation’s most rugged league.

Here are some of the biggest questions for Ole Miss as it heads into the offseason:

Coming and going?
While the Rebels will have to wait to see exactly which freshmen they’ll be bringing into the program with what’s shaping up to be their second top-5 recruiting class nationally in four years, they pretty much know who they won’t have next season.

Laremy Tunsil, Laquon Treadwell and Robert Nkemdiche have already declared for the NFL Draft while backup quarterback DeVante Kincade and wideout Collins Moore have announced their intentions to transfer. There could be others.

I don’t expect it to happen, but Chad Kelly did say after the Sugar Bowl he was thinking about skipping out early for the NFL, though he added “one more year is definitely a possibility.” The deadline for underclassmen to declare is Jan. 18.

And while I haven’t heard anything about any of the Rebels’ assistant coaches being courted for other jobs, that doesn’t mean it hasn’t happened. The salary pool for Freeze’s nine assistants just got a substantial boost to more than $4.2 million (from the $3 million they collectively made last year), so I don’t expect departures unless someone gets an offer that’s simply too good to pass up, though it’s something to watch.

Offensive line overhaul
Speaking of assistants, offensive line coach Matt Luke may have the toughest job of them all this offseason.

Tunsil’s departure along with the graduation of Aaron Morris, Justin Bell, Ben Still and Fahn Cooper means the Rebels don’t have a single lineman returning that started the Sugar Bowl.

The Rebels do have some experience returning on the interior in Rod Taylor, Javon Patterson, Jordan Sims and Robert Conyers, and if they’re all healthy, Taylor, Conyers and Patterson will likely be your starting right guard, center and left guard, respectively.

But things are dicey at tackle. Ole Miss needs mega commit Greg Little to be as good as advertised should he eventually sign while soon-to-be sophomore Sean Rawlings will be duking it out with redshirt freshmen for playing time.

Treadwell’s replacement?
The Rebels appear to have their answer for the loss of Tunsil in Little while Breeland Speaks is the heir apparent to Nkemdiche, but plugging the hole left by the best receiver in school history isn’t as cut and dry.

When Treadwell recently opted to take his game to the next level, he took the single-best statistical season ever at Ole Miss and the most receptions in school history with him. Damore’ea Stringfellow showed flashes this season of what made him a highly touted recruit coming out of high school a few years ago and is the favorite to step in there, but he’s had to battle bouts of inconsistency.

DaMarkus Lodge, one of the jewels of last year’s recruiting class, is set to jump in the mix on the outside after redshirting as could fellow freshman Van Jefferson. Then there’s incoming freshman D.K. Metcalf, the local wideout from Oxford who has the size and freakish playmaking ability that could get him on the field early.

Back end
The Rebels are going to sorely miss the versatility of safety Mike Hilton, who’s one of the most instinctive players I’ve ever covered, as well as the consistent presence of fellow safety Trae Elston.

Hilton played all four positions in the Rebels’ secondary during his time in Oxford, finishing at Huskie once Tony Conner tore his meniscus in September and wasn’t ever the same. Conner is a pretty good substitute there if he’s healthy, but there’s no obvious replacement for Elston.

And while DeMarquis Gates (team-high 76 tackles) is in line to take over full-time for Denzel Nkemdiche at outside linebacker, what about C.J. Johnson’s successor in the middle?

Junior college transfer Terry Caldwell got a couple of starts when Johnson went down with a knee injury midway through the season. Redshirt freshman Shawn Curtis will get a look as well, but there’s not a lot of experience there.

Kelly’s encore?
It goes without saying, but a big part of Ole Miss getting to 10 wins was the play of Kelly, who stayed out of trouble once he got on campus this time a year ago and went on to turn in the third-best season a quarterback in the SEC ever has from a yardage standpoint.

How does Kelly follow that up should he come back to school as expected?

Kelly set all kinds of school records on his way to accumulating 4,542 total yards of offense, but he did throw 13 interceptions, the second-most in the SEC behind Patrick Towles’ 14. That’s one area to clean up.

Kelly had the most passing yards in the SEC (4,042), the most touchdown passes (31), the second-highest quarterback rating (155.9) and the fourth-highest completion percentage (65.1) while throwing the second-most passes in the league. He’ll need time to throw, but he’s got All-American potential if he can shore up the decision-making.