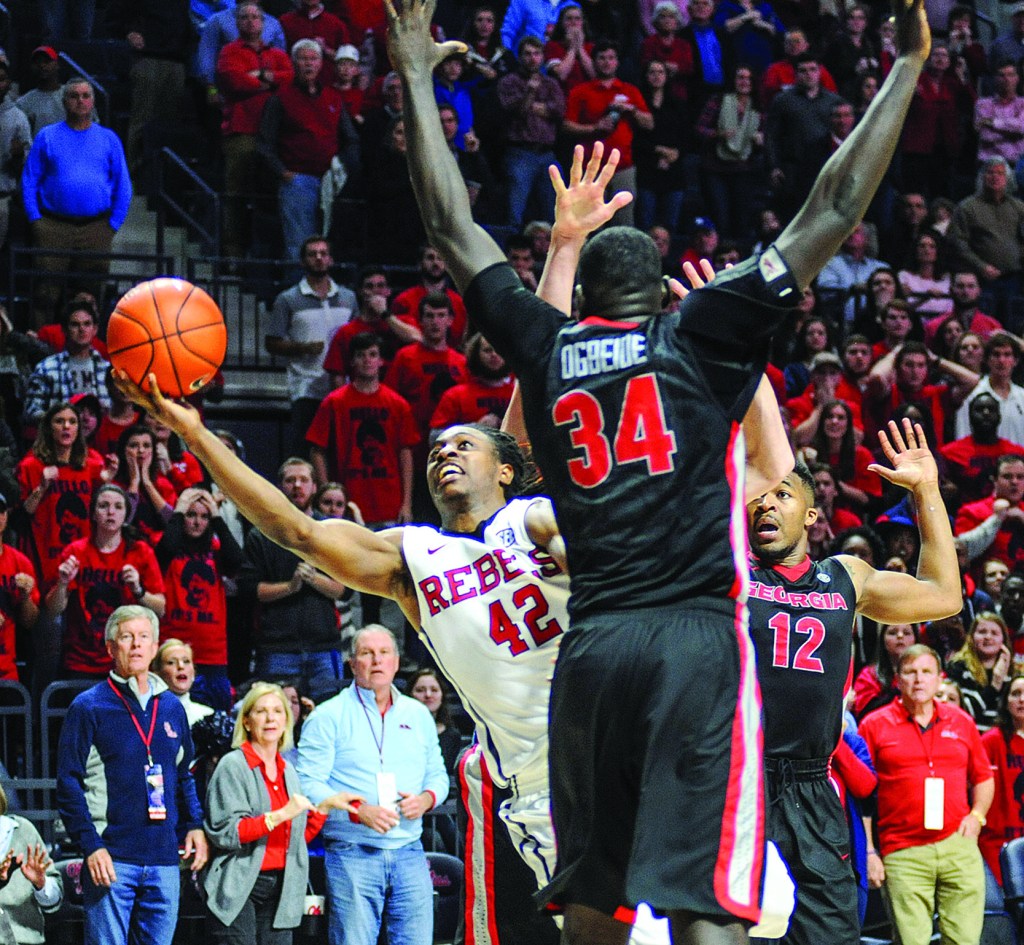 Turns out Stefan Moody had enough legs. And a deaf ear.

Less than 48 hours after helping Ole Miss dig out of an eight-point halftime hole to beat Alabama in its new home, Moody slashed through the lane and hit a layup with 3.8 seconds left to cap a double-digit comeback, lifting the Rebels to a 72-71 victory over Georgia on Saturday at the Pavilion at Ole Miss.

“I’m not sure what you can really do to top these last 72 hours,” Ole Miss coach Andy Kennedy said. “It’s been incredible.”

Ole Miss (12-3, 2-1 Southeastern Conference) trailed by 15 with 1:37 left before halftime but ended the first half on a 6-0 spurt and continued to chip away until drawing even at 62 with 5:47 left in the game. The teams went back and forth with Georgia holding a 71-67 lead after J.J. Frazier’s 3-pointer with 58 seconds left.

Rasheed Brooks answered with a 3 for Ole Miss before the Rebels got a stop and got the ball in Moody’s hands. Kennedy tried to call a timeout to set up one final play for Moody with 9 seconds left, but new rules don’t allow coaches to call timeouts from the bench.

Moody didn’t hear his coach’s pleas anyway and went to work from the right side of the floor, splitting a pair of defenders on his way to the basket and laying it in to send Ole Miss to its first win over Georgia (8-5, 1-2) in the teams’ last five meetings and its third top-100 RPI victory.

“I had no idea. It’s a good thing I didn’t hear him,” said Moody, who finished with a game-high 29 points, his 10th straight game with at least 20 points. “If there’s a guy that we need to make plays, it has to be me. I’m the leader of this team.”

Sebastian Saiz recorded his second straight double-double for Ole Miss with 14 points and 10 rebounds while Brooks also had 14 points and 10 boards. Yante Maten led Georgia with 20 points before fouling out late while Charles Mann and Kenny Gaines added 15 and 14 points, respectively.

The Rebels shot just 36 percent from the floor and 68.6 percent from the free-throw line but turned up the defense as Georgia missed 14 of its last 16 shots and scored just 27 second-half points. Ole Miss also finished plus-4 on the glass after getting outrebounded 23-16 in the first half.

“That was the difference in the game obviously,” Kennedy said. “When you shoot 36 percent in your own building and you shoot 68 percent from the free-throw line, you’re not supposed to win SEC games.”