Reflections on the Tad Pad 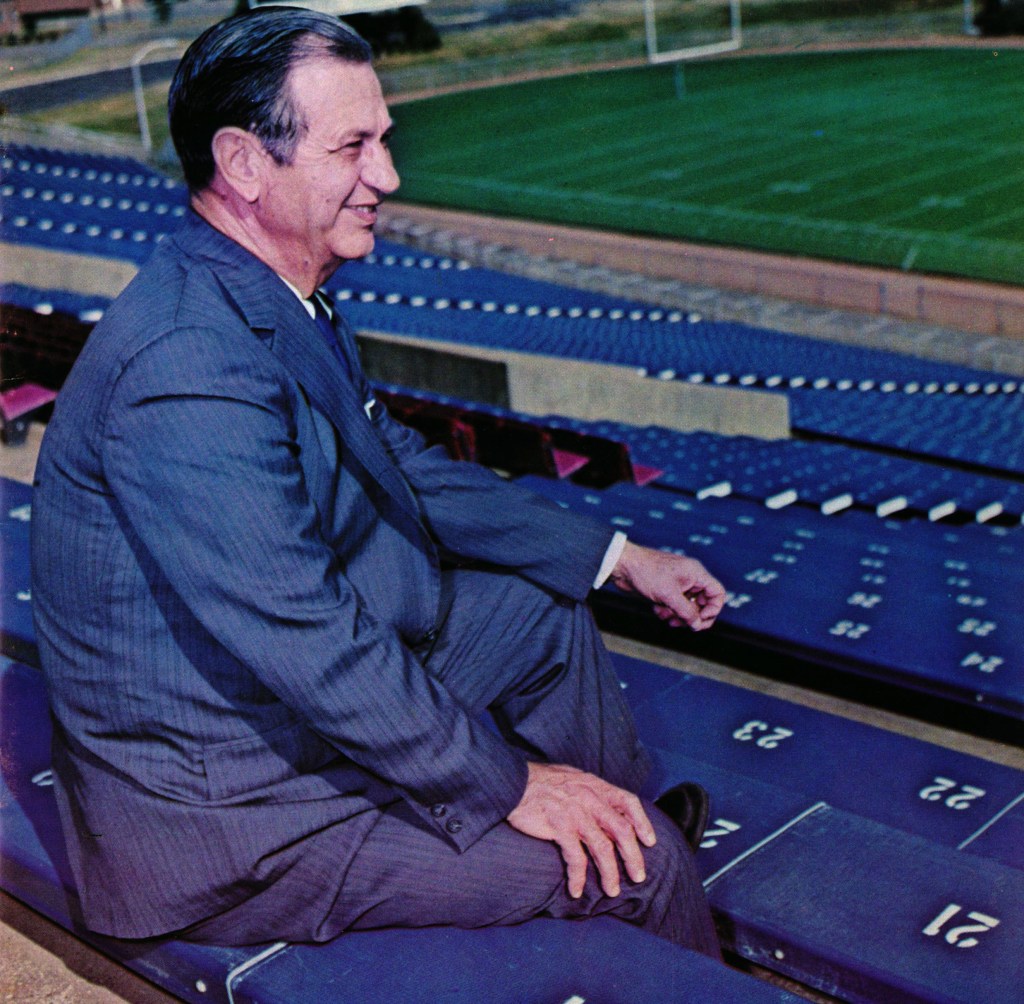 With the last game at the “Tad Pad” now in the record books, I thought that this week would be a good time to write a little about the man our 50-year-old coliseum was named for back in the 1960s.

If any of you readers lived in Oxford or were a member of the Ole Miss family during the period from 1926 until his retirement as athletic director, I am sure that you came into contact with C.M. “Tad” Smith. I am also sure that you would say with a smile on your face, “I knew Tad and here is a funny story about him.”

Over the years, Tad was a face of Ole Miss athletics. It all started when he made his way to Oxford in 1926 to play football for the Rebels. After his playing days he was named the director of Ole Miss athletics in 1946. He was also one of the main characters in the “Golden Days of Ole Miss Football” under head coach Johnny Vaught, who he hired as the head coach.

Tad was born in the South Mississippi community of Heucks Creek on Oct. 21, 1905. He is said to have stated that he spent his early years “milking cows and playing with lightning bugs.” His family later moved to Bookhaven and this is where the young Claude Smith got his nickname Tadpole, which he later shortened to just Tad.

“When I was a little bitty thing, I fell into a drainage ditch at the little red school house and was drawn under the road,” Tad recalled. “It was muddy and deep and when I came out, Henry Ware Hobbs looked at me and said, ‘You look just like a tadpole.’” the nickname stuck and remained with Tad the rest of his life.

As a young man, Tad worked for the railroad in Brookhaven in the summer of 1925. His brother was a section foreman and he got Tad a job and a “gandy dancer.” He did not see much of a future in driving railroad spikes. He wanted to go to college and play football and baseball.

In a ride south on the railroad, he met a banana boat owner from New Orleans. Blaise D’Antoni had interests in athletics at Loyola, and he offered Tad a scholarship as he had done for other south Mississippi boys. Tad spent about three weeks at Loyola until his father came to see him and told him he should go elsewhere to play football and baseball.

An attorney from Hattiesburg, D.H. Holmes, had connections with Ole Miss. He had seen Tad play football and invited him to go to Oxford with him. “I drove Holmes’ Franklin, which had an air-cooled engine, on gravel and dirt roads all the way from Lincoln County to Oxford, Tad recalled, and we crossed 92 one-way bridges.”

Tad had witnessed one Ole Miss football game, which he and a friend saw for free. The two young men went to Jackson from Brookhaven for the game. They had jumped a freight train and hoboed the short trip to Jackson. Tad was quoted as saying, “I climbed a mulberry tree and watched it. A&M, coached by Earl Abel, won the game, 13-6.”

At Ole Miss, Tad’s flying feet won him a reputation as the greatest punt returner in the South. He disdained fair-catch signals and tried to field every ball on the dead run. “He was an exceptional broken field runner,” said Webb Burke, center and captain of the 1926 team, “and he could scat.”

Two of the things that he did would not be done today. One, he played most games without a helmet and he is quoted as stating he would tape down his ears to his head so he could run faster with no wind resistance. “The helmets in those days were made about like helmets worn by boxers in training,” stated Pie Vann a player from Magnolia. “Tad just taped his ears against his head and let her rip. Showed me how to do it, too, and I played several games without a helmet.”

He would play both football and baseball for Ole Miss during the years 1926, 1927 and 1928. He was a member of the team when Ole Miss played Mississippi A&M in the infamous “Cain Chair Game” in 1926. It was the game in which a student fight between the two teams ushered in the “Egg Bowl” between the two teams, which has been played every year since 1927. By the way, we won that first Egg Bowl game.

He was All South Eastern in 1928 and was on the Southern Conference Championship baseball team as a first baseman. Tad would remain at Ole Miss as a coach from 1929 until the outbreak of World War II. After the war, Tad returned to Oxford. It would be the only time he did not call Oxford home from when he first came on campus in 1926. In 1946 he was named athletic director and would serve until 1971 when he retired.

Tad is credited with bringing Ole Miss out of the dark ages with reference to athletic facilities. The Field House was doubled in size, Hemingway Stadium was expanded, a department of intercollegiate athletics building was constructed, and athletic dormitory (Miller Hall) was constructed, and an 8,500-seat coliseum was constructed at the cost of $1,800,000 in 1965. The coliseum would remain as our basketball facility until 2016.

It has been said of Tad Smith that he never lost his “country modesty.”

“It wasn’t a case of one person doing everything,” he stated. “Our problem of growth and expansion simply brought a lot of talented, dedicated alumni together. All we had to do is call — and a lot of times they were calling first. It is because of this tremendous loyalty that Ole Miss will continue to endure and stay strong in athletics.”