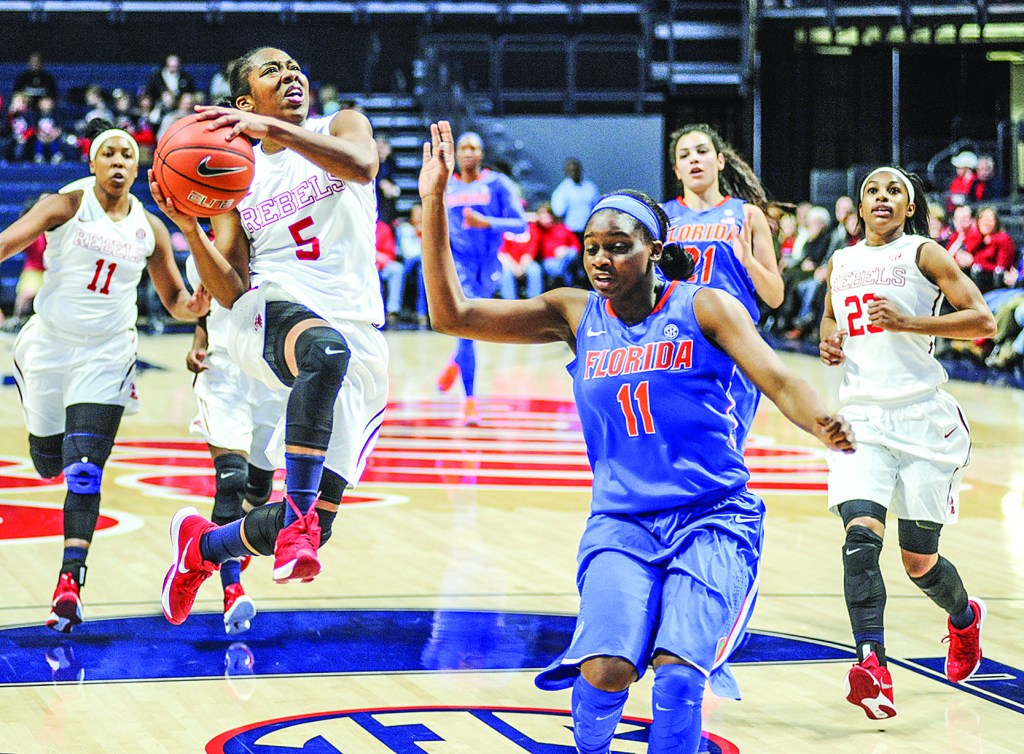 While it appeared the Ole Miss women’s basketball team was still trying to acclimate itself to its new arena, Florida looked to be quite comfortable.

“A lot of former Lady Rebels were here, a lot of former coaches were and a lot of fans were here to support us, and I’d like to personally apologize for our effort,” Ole Miss coach Matt Insell said. “I can promise you this, if you keep watching us, you’ll see better effort as we move forward.”

It was the first game inside the newly constructed arena for the Rebels (9-7, 1-2 Southeastern Conference), who found themselves with plenty of scoring opportunities but unable to hit the mark, shooting 23 of 80 from the field.

“We’re getting a lot of great looks. You got to make shots, that’s just what it is,” Insell said. “Or I’ve got to figure something out because we’re not bad shooters.”

On the other side of the court, Florida (14-2, 2-1) was able to do whatever it wanted to. The Gators, who average 86 points a game, were hot from the start, scoring more than half of that average in the first half with 53 points.

The speed of Florida appeared to bother the Rebels defensively as the Gators did not shoot much better than the Rebels (30-of-70) but were able to penetrate and hit layup after layup and shoot from perimeter as well.

Florida outscored the Rebels 54-18 in the paint.

“(Florida) came at us right away, and that seems to be the game plan against us right now,” Insell said. “They found a weakness on us. They were just bigger than us. This time next year, they won’t be. We’ve fixed that issue. They realized where our weakness was and just pounded it in there. A lot of that was in transition where we just didn’t sprint back. They killed us in the paint.”

The only offense Ole Miss could muster was from 3-point range as the Rebels were 9 of 23 from beyond the arc, keeping the game from getting any further out of hand than it was.

Ole Miss’ Alissa Alston led all scorers with a game-high 17 points while Erika Sisk and Medinah Muhammad added 15 points each.

Tyshara Fleming was the high scorer for the Gators with 12 points. Carlie Needles, Cassie Peoples and Ronni Williams each scored 11 points while Dyandria Anderson chipped in 10 points.

Not getting easier
Despite a last-second win over Vanderbilt, it has not been a smooth start for the Rebels in SEC play with Sunday’s loss as well as dropping a 76-57 contest at LSU on Thursday.

The schedule does not get any easier with four straight games against top-15 opponents in No. 13 Texas A&M, No. 7 Mississippi State, No. 10 Kentucky and undefeated No. 2 South Carolina. Only one of those games is at home with a Jan. 21 matchup with the Wildcats.

“It’s this random cycle. You can’t do anything about it. It’s the SEC,” Insell said. “This is what it is. … A cycle you eventually think will play in your favor. There is nowhere to breathe, there is nowhere to go. Our next two months, it’s every night.”

Up first will be a trip to College Station, Texas, to take on Texas A&M on Thursday at 7 p.m.