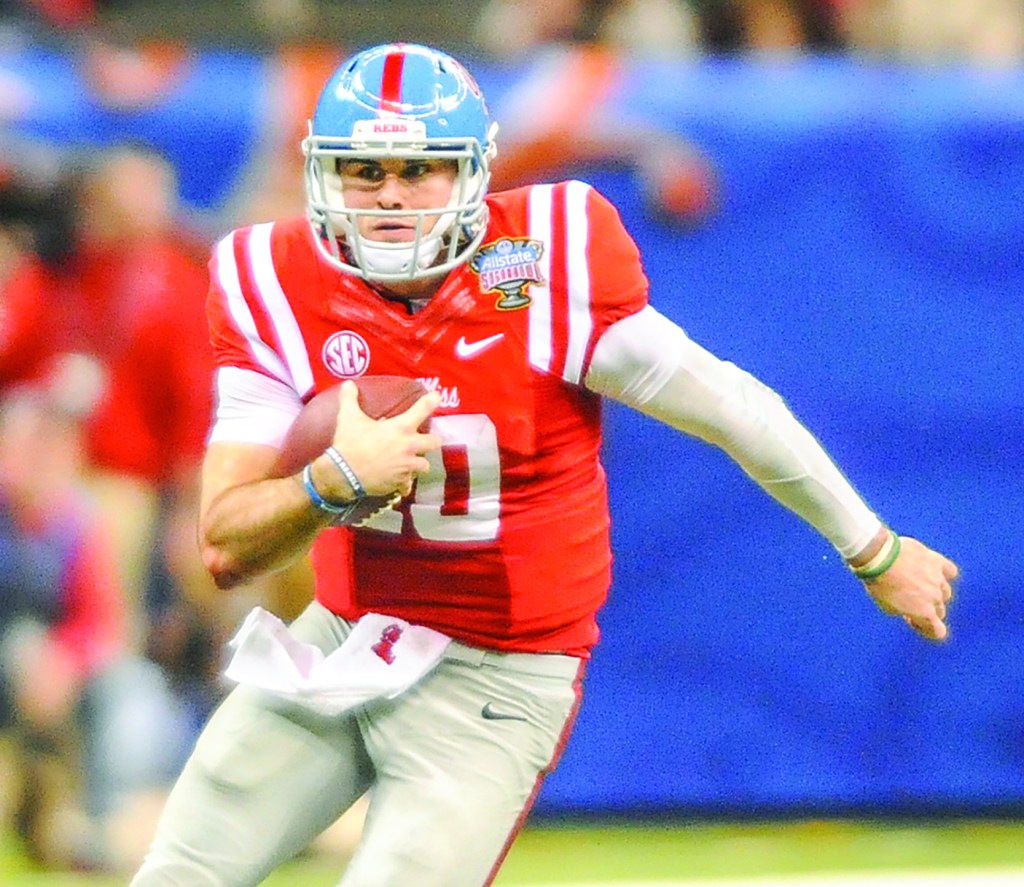 Chad Kelly is going to give it one more shot.

Citing a goal to help Ole Miss build on its first 10-win season since 2003 and “win the SEC West and to compete for a National Championship,” Kelly announced Monday he’s returning to Ole Miss for his senior season. The Rebels’ quarterback made his announcement in a statement released to The Buffalo News, the newspaper of his native Buffalo, New York.

“I look forward to completing my degree and graduating from Ole Miss,” Kelly said. “We’ve lost a lot of starters, but we’re still deep in talent, and I’m excited to get back to work with (head) coach (Hugh) Freeze, (offensive coordinator Dan) Werner and the rest of the team.”

Kelly, a junior college transfer, capped his first season at Ole Miss with an MVP performance in the Sugar Bowl against Oklahoma State on Jan. 1, throwing for 302 yards and an Ole Miss bowl record four touchdowns in the Rebels’ 48-20 win. Kelly filed paperwork with the NFL Draft Advisory Board seeking feedback on a possible draft grade and said after the game he was seriously considering leaving but that another year at Ole Miss was “definitely a possibility.”

Receiver Laquon Treadwell, offensive tackle Laremy Tunsil and defensive tackle Robert Nkemdiche have all announced their intentions to enter next year’s NFL Draft. The deadline for underclassmen to declare is Monday, but Kelly ended the speculation a week earlier.

“As a Kelly, I’ve been fortunate to grow up with a tight-knit family,” Kelly said in his statement. “Coach Freeze and everyone here at Ole Miss have become a part of my family. We have the best students, the best staff, and just as importantly, the best fans in the country.”

“Our goal this year is to win the SEC West and to compete for a National Championship,” Kelly said.