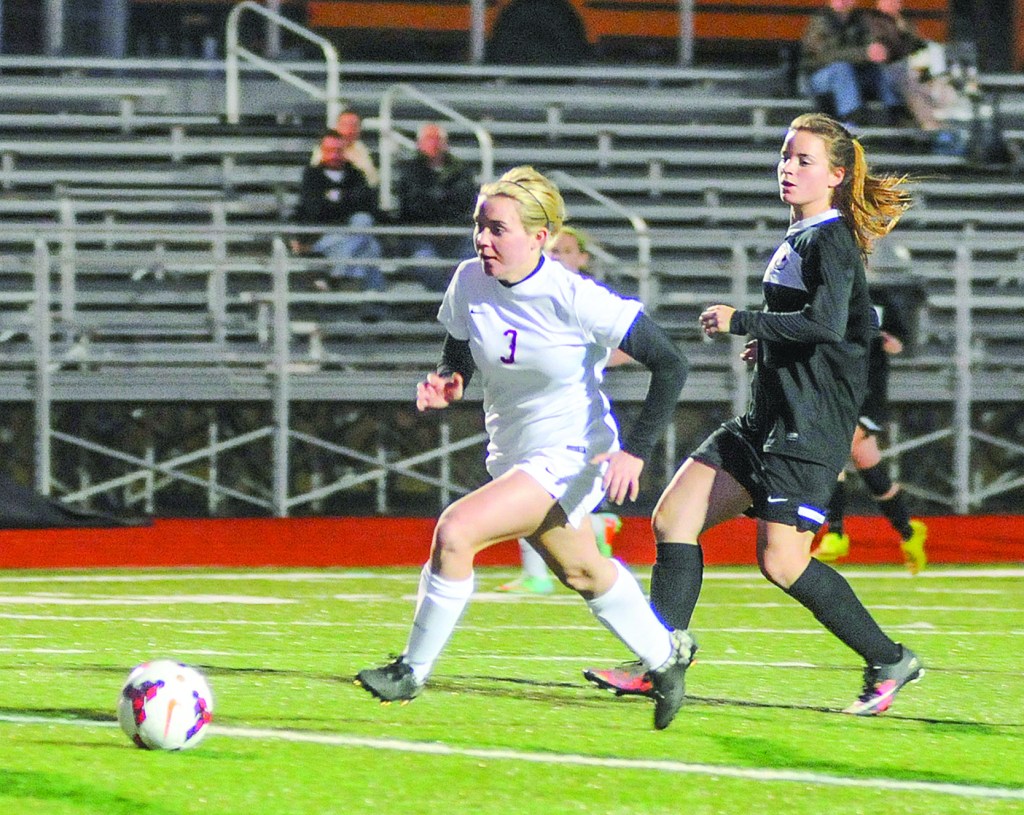 The Lafayette High soccer teams were undefeated in Region 2-4A play heading into Tuesday’s matches against Pontotoc and were wanting to keep it that way.

It was mission accomplished for one as the Commodores defeated Pontotoc 7-0 in the girls’ game while the Warriors won 3-0 in the boys’ game at William. L Buford Stadium.

The reigning Class 4A champions continued their dominance over region foes with a third shutout in four games in 2-4A play. The only goal Lafayette has allowed in region play was in a 7-1 win over Pontotoc last month.

“The first half, we came out and did well and we tried to work on some stuff in the second half,” Lafayette coach Melinda Scruggs said. “I saw adjustments, and obviously that’s what you work for.”

The scoring started quickly for Lafayette (14-2, 4-0 Region 2-4A) with Alley Houghton finding the net in the third minute. Houghton would then go on to score in the ninth, 21st, 39th and 47th minutes to record five goals on the night.

It was a family affair as Alley’s sister, Maddy, scored two goals in as many minutes early in the second half for the winning margin.

The Commodores’ only two losses have come against 6A powerhouses Brandon and mostly recently a 6-1 loss to Tupelo Monday night. Scruggs schedules those games to better prepare for the games that matter like the one Tuesday night. The results are showing.

“(Tupelo) definitely challenged us and was able to exploit some of our weaknesses,” Scruggs said. “Hopefully we can go back to the drawing board in practice and just be able to make some of those adjustments and prepping ourselves for the games to come.”

With the win, Lafayette all but clinches the No. 1 playoff seed in 2-4A with only two more games to play and having outscored region opponents 33-1. The first goal of the season has been checked off, but Lafayette has bigger goals left on the list.

Struggle to score
It has been a season of feast or famine for the Lafayette boys team when it comes to scoring goals, and Tuesday night, it was a famine. The Commodores (9-7-1, 3-1) were blanked by Pontotoc for their first loss of the season in Region 2-4A play.

In their first encounter back on Dec. 15, the Commodores and Pontotoc were tied 1-1 after regulation and two overtimes periods. Lafayette got the win after a 3-2 score in penalty kicks. Tuesday night, it was all Pontotoc, commanding the match from the opening whistle.

The Warriors got on the board with a penalty kick in the 16th minute by Jose Morphis and then added another goal 10 minutes later thanks to a goal by Joshua Garcia Vidana. Pontotoc added its final goal four minutes into the second half.

“That was our typical game,” Lafayette coach Gene Anderson said. “I’m not disappointed in the way we played. (Pontotoc) did exactly the same way they did last night. It kind of hurt us a little bit that Brian Leyva wasn’t playing, and that kind of limits our options.”

Leyva has been sidelined with a lingering knee issue, and Anderson chose to sit him out of Tuesday’s match. He will not play Friday either to save him for the final week of the season leading into the playoffs in two weeks.

Lafayette had some opportunities throughout the match but was unable to cash any chances in. It has been a theme for the Commodores as of late, including their last match at Cleveland where 21 shots on goal were unable to find the back of the net.

The Commodores are still in the driver’s seat for the No. 1 seed in 2-4A but will have to win one of their final two matches against either Senatobia or Cleveland next week to feel a lot better about their chances and not have to rely on help from anyone else.

“We got to beat Senatobia,” Anderson said. “If we beat Cleveland, then we’re in but will need help to be first. One thing I learned last year is you can’t control everything. Things happen.”

Lafayette is not finished with Pontotoc County as the Commodores will travel to North Pontotoc Friday night.