BALANCED OUT: LSU’s firepower too much for Moody, Rebels 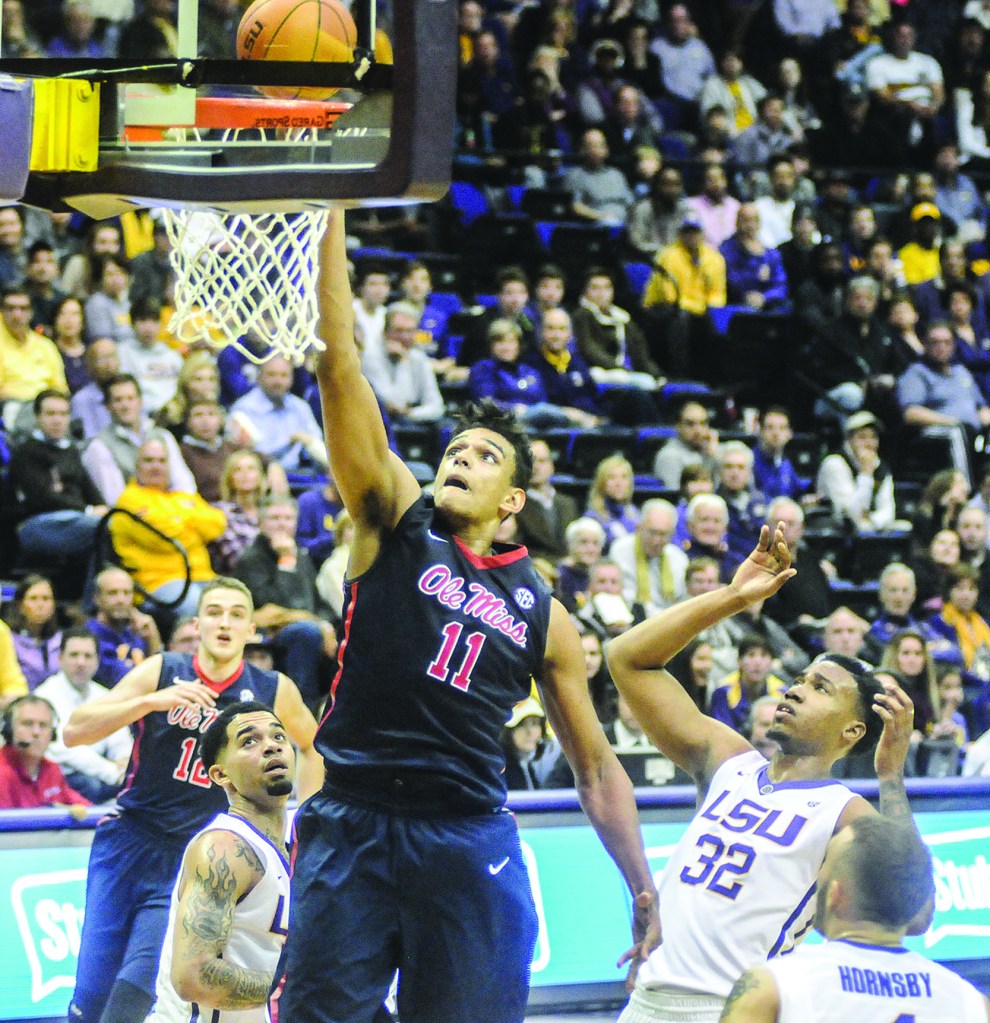 “The game was way too loose and easy on the defensive end,” Ole Miss coach Andy Kennedy said. “We could not get stops, and then when we did, we got outrebounded. We haven’t won a game all year where we got outrebounded, so we’ve got to do a better job in those areas.”

Rasheed Brooks added 18 points for the Rebels while Sebastian Saiz had 13 points and seven rebounds. Anthony Perez chipped in 10 points, but LSU’s supporting cast made the Rebels pay with much of Ole Miss’ defensive attention focused on Simmons, the Tigers’ freshman phenom.

The Rebels held Simmons to pedestrian numbers by his standards. The 6-foot-10 forward, who came in averaging more than 20 points and 13 rebounds a game, had 15 points on 7 of 13 shooting and five boards, but LSU outscored Ole Miss 35-5 in bench points to help offset Moody’s 11th straight 20-plus point game.

Craig Victor II led LSU with 18 points and six rebounds while Blakeney, another freshman, came off the bench to score 15. Blakeney had eight of his points in the final 6:01, giving the Tigers the lead for good with a layup with 3:40 left before draining a 3-pointer two possessions later to give them an 83-78 lead.

“I thought (Blakeney) was a huge key down the stretch,” Kennedy said.

Tim Quarterman went 4-for-4 from the floor and made all four of his free throws to finish with 14 points. Keith Hornsby added 10 for the Tigers, who shot 55.6 percent from the field for the game and a blistering 70.8 percent in the second half.

“They’re just talented,” Brooks said. “Coach said they were one of the most talented teams we’ve played. We stepped out there, and we saw how long, athletic and talented they are. … I think that was just a lot of it.”

The Rebels started the night next to last in the SEC in field-goal percentage but led by as many as eight in the first half thanks to knocking down 43 percent of their shots. Moody, who had a season-high six 3-pointers and finished 10 of 18 from the floor, had 16 points in the first 20 minutes, 12 of them coming on four 3s.

Simmons sat the final 8:45 of the first half after picking up his second foul, but the Rebels couldn’t extend the lead. LSU stormed back to go up 35-32 on Josh Gray’s 3 before the Rebels answered with a 9-0 run and took the three-point lead into the break.