FALLING FLAT: Rebels sluggish on both ends in loss to Florida 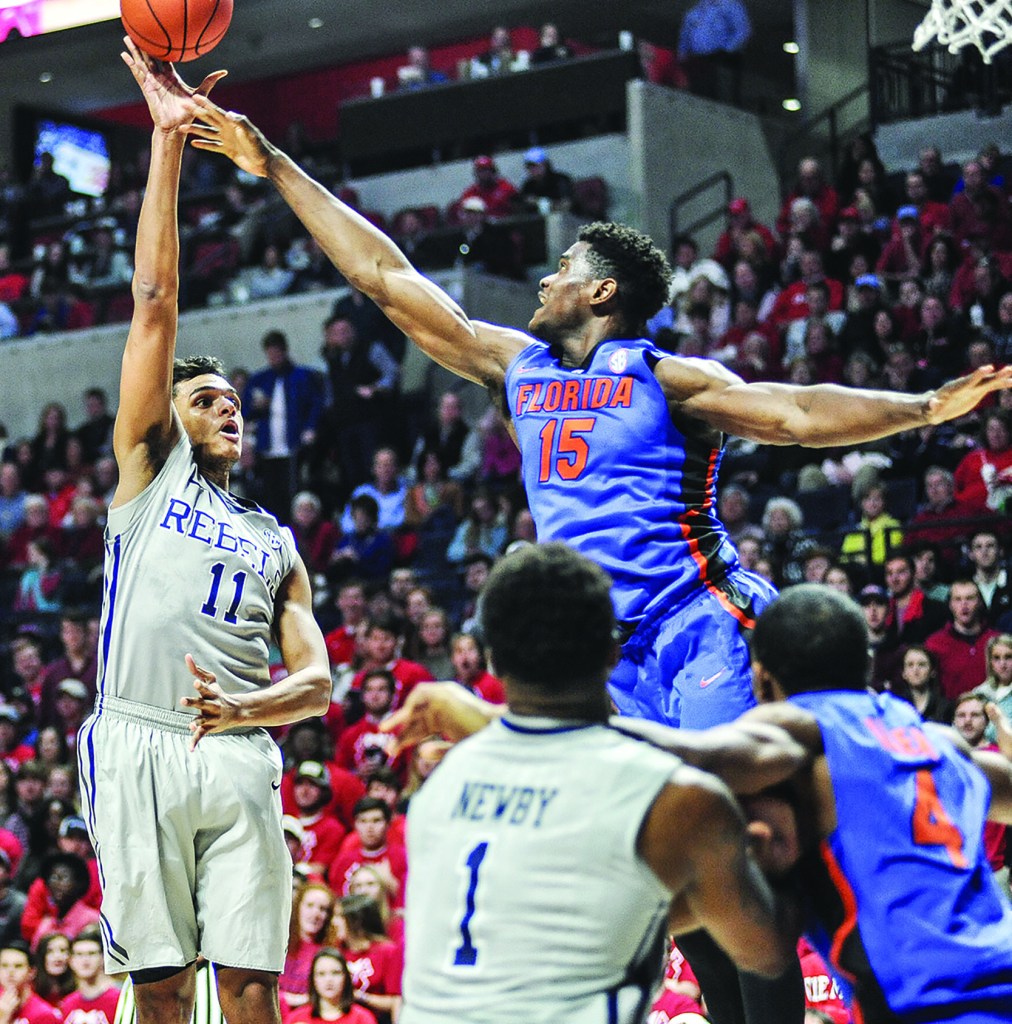 Michael White was happy to be back in Oxford on Saturday. As strange as it was to be on the visitor’s bench, his team’s performance kept him that way at the expense of his former one.

Florida dominated from start to finish against Ole Miss at the Pavilion, making it a joyous homecoming for the Gators’ first-year coach after his team notched an 80-71 win. It was White’s first time back at his alma mater since his final season as an assistant on Andy Kennedy’s staff in 2010-11.

“Just odd really. Just kind of hard to put your arms around,” said White, who played point guard for Ole Miss from 1995-99. “I’ll always be a Rebel, and now I’m a Gator. So you’re always rooting for these guys.

“Glad the first one is over for sure. The next time we come back, it will be a little bit more normal. But it’s a great experience obviously because we won.”

Ole Miss’ performance left Kennedy’s feelings on the other end of the spectrum.

“Not only do we not defend at all in the first half and we have foul trouble across the board and we continue to struggle to shoot it and miss free throws, but they just destroyed us on the glass,” Kennedy said.

His former assistant’s team had plenty to do with the Rebels’ misery.

Ole Miss (12-5, 2-3 Southeastern Conference) came into the game next to last in the SEC in field-goal percentage (42.8) and 3-point field-goal percentage (31.1) and did nothing to improve those numbers against the league’s top scoring defense. The Gators (11-6, 3-2) had a double-digit lead less than 4 minutes in and continued to add on, leading by as many as 21 early in the second half.

Too little, too late
Stefan Moody (22 points) eclipsed 20 points for the 12th straight game for Ole Miss, which dropped its second straight game. Sebastian Saiz had 17 points while Rasheed Brooks chipped in 14, but many of those came with the game well in hand as Ole Miss shot 44.6 percent from the floor and made just five of their 20 3-point attempts.

Florida got a game-high 27 points from freshman guard KeVaughn Allen, 17 from Dorian Finney-Smith and 11 from Kasey Hill. Allen came in shooting 38.3 from the field and 28.3 percent from beyond the arc but went 9 of 11 from the field and 6 of 7 from 3-point range.

“(Allen) struggled like a lot of freshmen do in the non-league — up and down, up and down — and he really found himself,” Kennedy said. “We made a big emphasis all week on this is the one guy you cannot let get going because if he gets going, then he’s capable of putting up huge numbers. I think we all witnessed that firsthand.”

The Gators, the only team in the league with worse collective shooting percentages than Ole Miss, made 49 percent of their shots, including 55 percent from deep (11-20), and outrebounded the Rebels 39-29. Florida knocked down 68 percent of its shots in the first half after LSU shot 70 percent in the second half against Ole Miss on Wednesday.

The Gators started with six straight baskets while Ole Miss had as many turnovers (5) as field goals at one point as Florida led 33-16 with 6:04 left in the opening half.

Moody picked up two fouls less than four minutes in but didn’t stay on the bench long. The Rebels scored seven straight points to get within 10 after a pair of free throws from Moody but couldn’t get the stops to get any closer as back-to-back 3s from Allen gave Florida a 49-30 halftime lead.