Harmontown resident would like a bridge around the lake 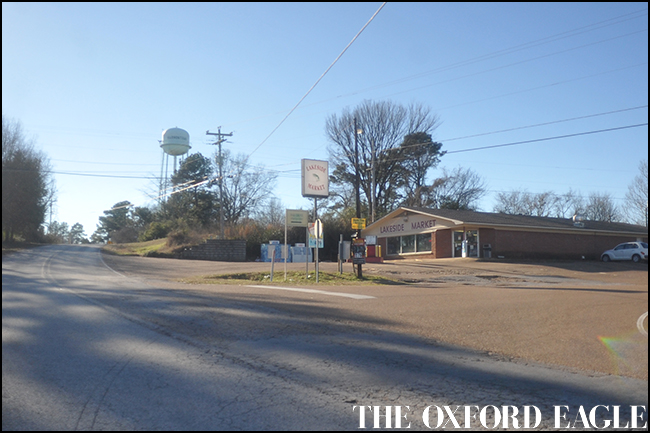 Bruce Newman County Road 310 is the only access around Sardis Lake in order to get to and from Harmontown.

The old saying “there ain’t no easy way to get there from here” is definitely true for those traveling to Harmontown and the 600 or so residents who call the Lafayette County community home.

Kenneth Billingsley was born in Harmontown in 1939 and is one of those residents who would like to see more convenient access to and from the community located on the north side of Sardis Lake.

Billingsley, who moved to Hernando about three years ago, still has a residence in Harmontown and lives there regularly during the year. He would like for the U.S. Army Corps of Engineers to replace at least one of the two bridges that connected Harmontown to the rest of the world prior to the creation of Sardis Lake in 1940.

“It’s a failure by the Corps of Engineers to not replace the road and bridge they flooded,” Billingsley said. “It’s a real, real hardship for the folks on that side of the lake. That bridge is definitely needed.”

One of the items the Lafayette County Board of Supervisors is expected to consider in the new comprehensive plan is Harmontown and the impact if a bridge were to be created.

“When I was a youngster the water would go down low enough you could see the steel suspension bridge out there where the river is,” Billingsley said. “The bridge would just show up. The old pilings finally rotted but it’s still out there in the riverbed and you can still see the old pilings where the old bridge was.”

For the last 75 years, folks have had to go around the lake to get to Oxford, which is more than just an inconvenience, Billingsley said.

“It left Oxford with half of their territory,” Billingsley said. “If they put that road back in you would have Oxford with a trade area all the way up to Independence and Senatobia and they could reclaim a lot of the county that is being lost to Como, Holly Springs and Senatobia. People would trade in Oxford instead. Oxford should be connected to Olive Branch, Batesville, Pontotoc and Water Valley.”

Billingsley said he thinks Lafayette County should have two county seats, just like Panola County and several others in Mississippi due to the issue.

“I have to go through Marshall County to pay my taxes in Oxford, the county seat. I asked the supervisors to run me a bridge or put a courthouse on this side of the lake.”

Billingsley was too young to remember the construction of the lake, but he remembers the stories his mother told him.

“My mother told me about the logging,” Billingsley said. “There was a lot of logging down there to clear the lake to be inundated with water. She said they were using milk cows with bags to pull logs out of the swampy area. She remembered pens with lots of cattle in that area. Some of the old logs floated up once the lake filled up and I remember seeing big cypress logs down there they couldn’t pull out because they were too big and floated to shore. I had some cousins who carried some of those logs to sawmills to have them cut up. I still have some of that lumber down there at my place on 310.”

Like most folks in Harmontown, Billingsley grew up in a sharecropping family. He said during that time there were very few landowners and 80 percent of the population was black. The most famous Harmontown native is blues legend R.L Burnside.

“Back then, white people were in the same plight as black people,” Billingsley said. “My daddy was one of them. We had it bad, but not as bad as the black people because they didn’t have schools.”

He believes the creation of Sardis Lake changed the demographics of Harmontown when wealthy residents of Memphis came to the area and built cabins for weekend retreats to enjoy fishing the lake.

“Go to the Harmontown census now and there might be five or six black people where there were 300 or 400 at one time,” Billingsley said.

More than just the demographics have changed from when he was a boy. Billingsley said most folks who live in Harmontown do not gather for social activities like they used to when he was younger.

“On Sunday morning, you might have 25 or 30 young people going to church,” Billingsley said. “They don’t participate in social gatherings. They just want to hang out and don’t want to be bothered with dealing with any kind of social gathering. The biggest gathering I can recall recently was when Brandon Presley, the Public Service commissioner, tried to get better cellphone coverage and met at the (Harmontown) Baptist church. There were about 200 people there and that’s the only time I’ve seen people come out and participate in any kind of gathering. That’s not the way it was in the old days. You knew who your neighbors were.”

Folks do enjoy gathering at Holiday Lodge or Piney Point cafe, two staples in the community known for their great food. Located on Highway 310 — the most accessible road around Sardis Lake — Lakeside Market is popular with the locals and visitors.

Earl Fuller and his wife Emogene moved to Harmontown in 1989 with their three children “for the lake opportunities.”

They are members of Free Springs Methodist Church and enjoy fishing, water-skiing, sailboarding, jet-skiing, riding all-terrain vehicles, exploring and “picking up trash on the lakeshore.”

Billingsley is among those who would like to see Harmontown either incorporated or have some type of zoning. It’s an effort that he has been a part of in the past.

“We started back six or eight years ago at the possibility of getting incorporated as a community so we could possibly get a bank branch or maybe a Dollar General store out there, but people screamed,” Billingsley said. “It’s not regulated like the rest of Lafayette County and is just a wildcat area right now.”