Fond memories made at the Tad Pad 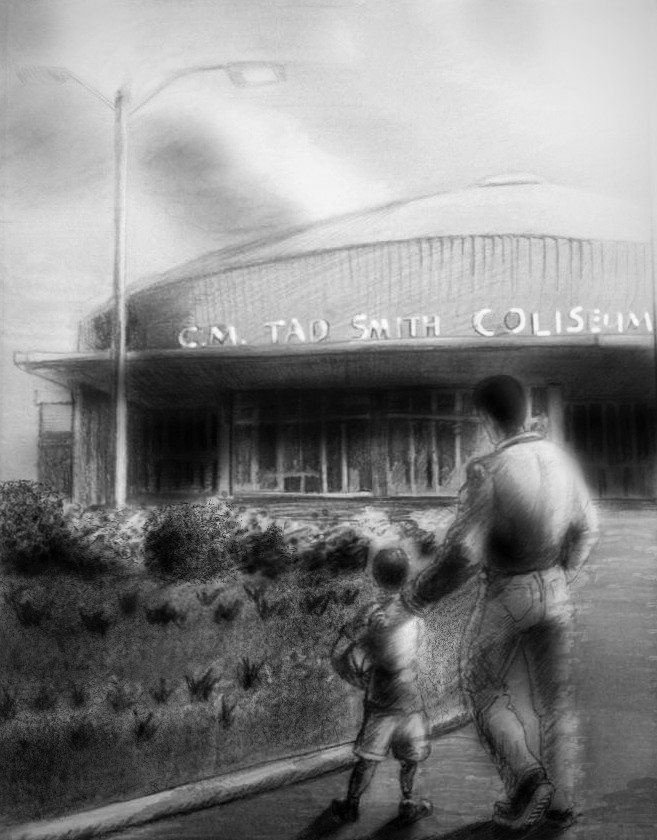 C.M. “Tad” Smith Coliseum opened in 1966 as Rebel Coliseum and, no, yours truly was not there to see the Rebels take on Kentucky in the first game. In the half century since, however, there have been many, many visits for many, many different events.

— Of the yellow, red and blue chair-back seats that formed a perfect circle — and were mostly empty during trips there during the late-1960s and most of the 1970s. As teenagers, we’d buy $2 tickets — yep, $2 for the yellow seats in the top third of the building, $3 for the reds and $4 for the blues — and move just about anywhere we wanted from the opening tip on.

— Of LSU’s “Pistol Pete” Maravich and then Ole Miss’ Johnny Neumann filling it up from anywhere and everywhere, to the tune of a nation-leading 40 points-plus per game. With today’s rules and the 3-point line, both of those guys would have averaged into the 50s.

— Of Walter Actwood getting introduced to the crowd as a high school senior (legal, according to NCAA rules in those days) and then seeing (and hearing) him rip down rebounds for the next four years; 7-footer Fred Cox drawing technical fouls for dunking (then illegal) late in Ole Miss victories; Coolidge Ball flying all over the court; Sean Tuohy dishing off assist after assist after assist; Gerald Glass, with one of the quickest first steps ever, turning steals into dunks on the other end; Rod Barnes going from player to assistant to Sweet 16 coach; super-sweet shooters like John Stroud, Joe Harvell and Keith Carter calling for “string music”; guys like Jason Harrison, Marshall Henderson and Stefan Moody sparking comebacks and rallying the Rebel faithful; the falling streamers and the Rebels entering through the student section.

— The Gillom sisters, Peggie and then Jennifer; Shelia Sullivan in the early days; Jackie Martin; Armintie Price; Carol Ross and Renee Ladner, as players and later coaches; Eugenia Conner, Clara Jackson, et cetera wowed fans and won games for the Lady Rebels. Longtime coach Van Chancellor roamed the sideline and created a dynasty in the state and in much of the SEC outside of Tennessee.

— There were high school and AAU tournaments and games. There were graduations and other celebrations, funerals and other memorials, and lots of entertainment from the Bud Light Daredevils to Frisbee-chasing dogs to concerts by the likes of Todd Rundgren and Dan Fogelberg.

— And there was wrestling. Were you there the night Ole Miss football standout “Gentle Ben” Williams actually wrestled a bear at halftime (and body-slammed the poor bear)? And how about the times Jerry Lawler and Bill Dundee and other pro wrestlers invaded the coliseum and ended up “brawling” with Ole Miss players and coaches there to “help” with a big match?

Without question, C.M. “Tad” Smith Coliseum is a place which has seen its better days for a while now. Once state-of-the-art and now the last of its kind in the SEC, it’s been a special place for so many of us. Its doors have closed and Rebel fans are now enjoying a new state-of-the-art facility in the Pavilion just a few hundred yards away. Let’s only hope that Ole Miss fans have as many special memories from it 50 years from now.