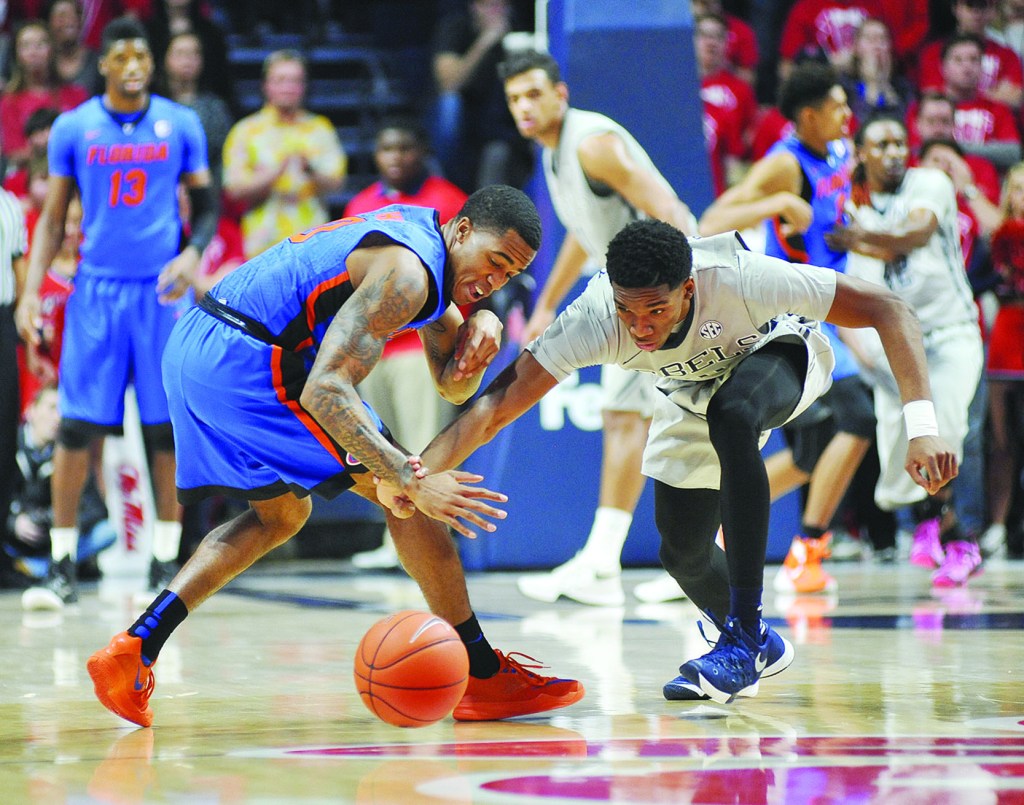 Ole Miss has been one of the worst shooting teams in the Southeastern Conference all season. Now the Rebels aren’t playing much defense either.

Ole Miss enters tonight’s game against South Carolina at the Pavilion (6 p.m., SEC Network) on a two-game losing skid that has as much to do with the Rebels’ lack of resistance as their shooting woes. Stefan Moody (24.3 points per game) and Sebastian Saiz (12.8) continue to do the yeoman’s work for a team shooting just 42.9 percent from the floor and barely 30 percent from the 3-point line, but Ole Miss’ inability to get stops has made those contributions a moot point as of late.

“We’ve just made some mistakes that have cost us dearly by not being as aware and not communicating to help one another on the court as well as we should,” Ole Miss coach Andy Kennedy said.

Moody did what he could to keep Ole Miss (12-5, 2-3 SEC) in it against LSU on Wednesday with a career-high 33 points, but the Tigers missed just seven of their 24 shots from the floor in the second half to turn a three-point halftime deficit into a 90-81 win.

Saturday’s performance was even more perplexing for Ole Miss, which faced the only team in the SEC with worse shooting percentages from the field and from 3-point range than itself in Florida.

But the Rebels got lost trying to defend Florida’s ball-screen offense and left two of the Gators’ better shooters, KeVaughn Allen (game-high 27 points) and Dorian Finney-Smith (17 points), open for clean looks throughout the night, making what Kennedy said were “some atrocious errors in scouting as it relates to KeVaughn Allen, and he made us pay.”

The Rebels haven’t done much cleaning up either, finishing a combined minus-14 on the glass in the losses. Ole Miss has yet to win a game in which it didn’t win the rebounding margin.

Another stiff test
Things won’t get any easier against the 24th-ranked Gamecocks (16-1, 3-1), whose turnaround under fourth-year coach Frank Martin has started on the defensive end. South Carolina is yielding just 66 points a game and limiting opponents to 38.6 percent shooting from the field.

That will make getting stops of its own all the more important for Ole Miss if the Rebels hope to give themselves a realistic chance to stop their slide.

“We’ve had a number of breakdowns defensively, and we’ve got some areas that we just cannot be bad in and have a chance to beat quality teams that are in this league, one of which is attention to detail, awareness, communication, really all of the above,” Kennedy said.