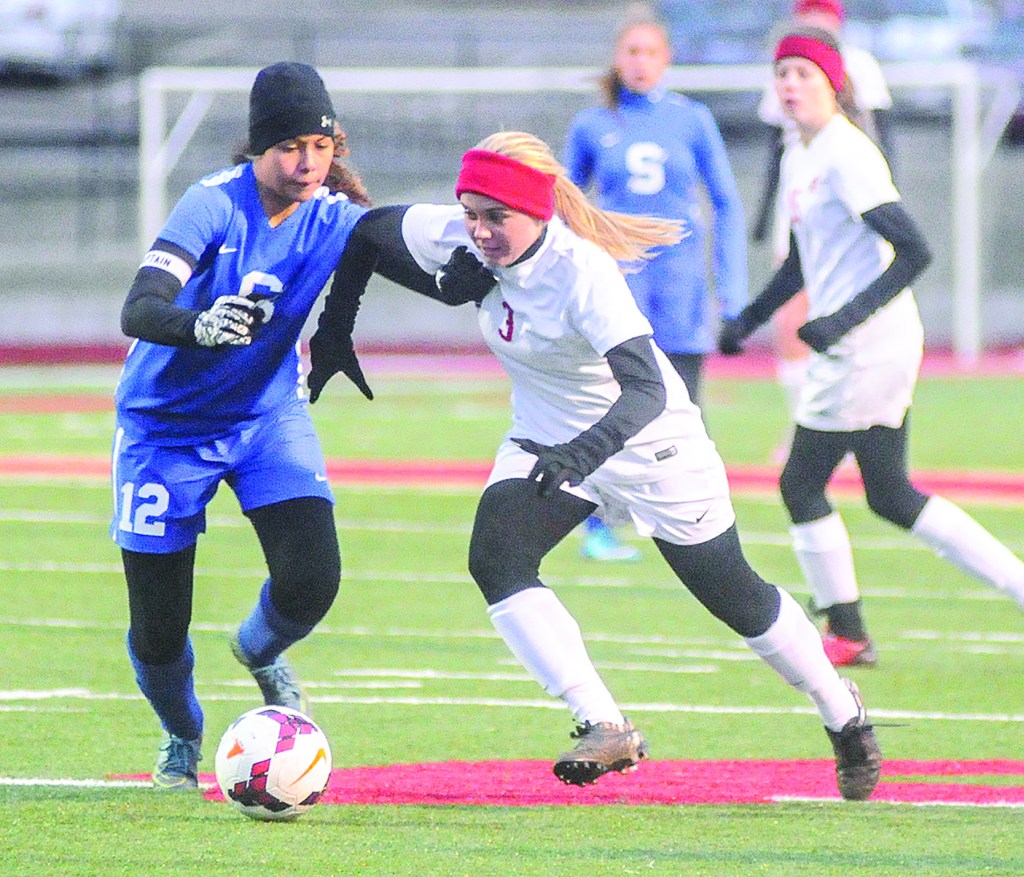 Before Tuesday’s match with Senatobia even started, Lafayette’s girls soccer team was comfortably in the driver’s seat for the top playoff seed in Region 3-4A.

There were two reasons to celebrate Tuesday evening as history was made with senior Alley Houghton setting the state record for career goals with 234, breaking former Amory and current Ole Miss player Addie Forbus’ record of 231. Houghton was responsible for five goals while Sara Grace Moore scored one.

“I think we’re focused,” Lafayette coach Melinda Scruggs said. “We have a goal in mind, and I think knowing that we were able to reach it, we are even more motivated to continue.”

The Ole Miss commit’s dominance has been a huge factor in Lafayette’s dominance over the past two seasons, including the Commodores’ 4A state championship last year. Houghton got her night started quickly, scoring her first goal in the eighth minute. She added three more in the first half, scoring in the 14th, 17th, 29th and 54th minutes.

“I’m just one of those people who set a goal and try to accomplish it,” Houghton said. “One of my goals was trying to play college soccer, and once I got that, I wanted to set myself higher and higher. … I just did what I needed to do and I got it done, so now I can just worry about our season and worry about state now.”

The Commodores’ reign over their region opponents has been a one-sided affair at best.

Lafayette has outscored its region foes 38-1 with one more match to play Friday night against Cleveland at home and has had the defense to frustrate opposing teams all season. Senatobia crossed midfield a couple times and threatened the Commodores once with a free kick deep in their territory midway through the second half.

“We’re just super connected at this point,” Scruggs said. “Up top, we’ve done our job but also in the back. We’re just honestly solid all over the field. The (full)backs just get the ball out and get the job done. Not having to have our goalkeeper do a lot of work is great. All over the field, I feel like everybody is representing their position and doing their job.”

The Lafayette boys soccer team is no stranger to matches that last longer than the regulated 80 minutes. That experience paid off Tuesday night as the Commodores defeated Senatobia 2-1 in overtime for a much-needed region win.

Eighth-grade forward Carlos Barahona dribbled through the Senatobia defense and placed a shot in the far corner of the net to give the Commodores (11-8-1, 4-1 3-4A) the winning margin in the final minute of the first 10-minute overtime period.

“We don’t make it easy,” Lafayette coach Gene Anderson said. “That’s  just kind of been our season this year. We like to make it interesting.”

Extra time did not look like it would be needed for Lafayette as junior midfielder Tucker Anderson scored on a 20-yard shot that bounced under the Senatobia goalkeeper and found its way into the net in the 58th minute to break the scoreless tie.

The Commodores were able to safely defend the one-goal lead until goalkeeper Brelynn Hudgins was given a yellow card for kneeing a Senatobia player when going for the ball. The foul occurred in the penalty box, which gave Senatobia a penalty kick that it converted to tie the game 1-1 with four minutes remaining.

“The first half, (Senatobia) had a lot of corners and my goalie is not very good about protecting himself, he just leaps into danger,” Anderson said. “So we told him at halftime that you have to protect yourself and get your knee up. And there in the last four minutes, he pulls his knee up. I think the order of operation was wrong. He caught the ball and then put his knee up.”

With the win, Lafayette can do no better than finish second in the region with Pontotoc defeating Cleveland 5-3 Tuesday night, securing the region title with the tiebreaker over Lafayette. The Commodores can lock their postseason spot up with a win over Cleveland Friday night.