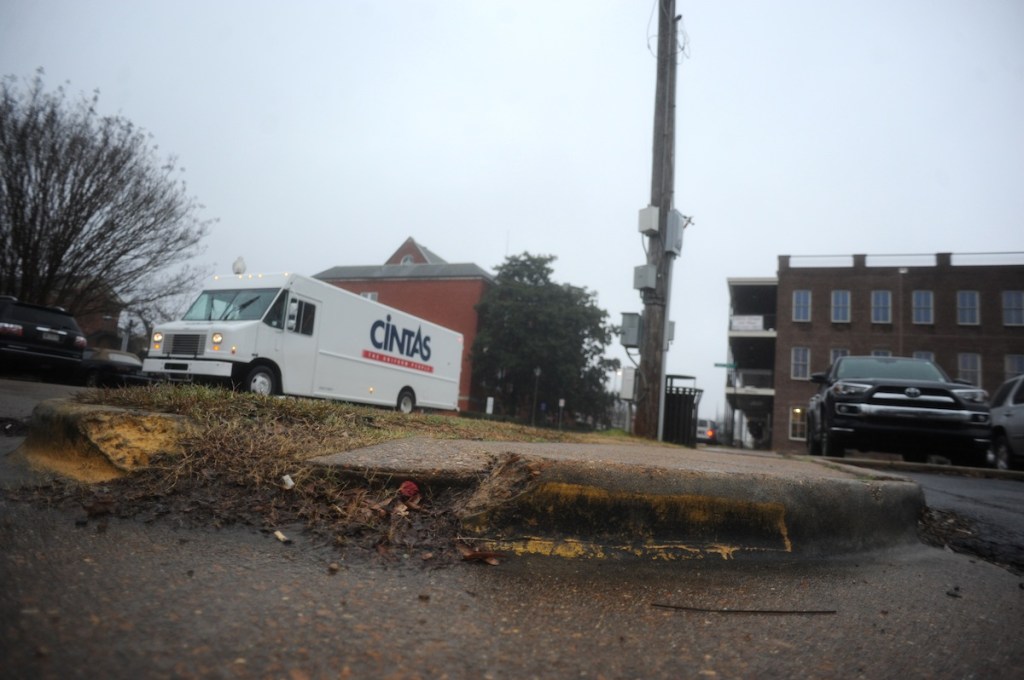 The city of Oxford is set to spend almost $90,000 to make the sidewalks around the downtown Square more accessible for people with disabilities.

On Tuesday, Public Works Director Bart Robinson asked the Oxford Board of Aldermen to approve a contract with Elliott & Britt Engineering to do the design and constriction services to create ramps.

In the contract, Elliott & Britt agrees to do a field inspection of all street crossings along South and North Lamar boulevards, from University Avenue to Jefferson Avenue, along Van Buren Avenue from South 9th Street to Neilson’s Department Store and along East Jackson Avenue from 9th Street to North 14th Street to determine

where there are crossings that do not meet the Americans with Disabilities Act requirements and construct ramps making them ADA compliant where necessary.

“We will start with North and South Lamar,” Robinson said. “We will then expand to Jackson Avenue and Van Buren.”

Robinson said if there is enough money, they would expand to other streets in the downtown area.

“The primary focus will be accessible ramps at the intersections,” he said. “But there is a possibility other issues will be addressed.”

The contract lists construction costs at about $80,000 and $9,000 for engineering services. Elliot & Britt will only design the ramps. They will contract out the actual construction to another company. The timeline for the project shows them making preparation plans in February and then advertising for bids the first of March with bids being opened on April 1. Construction of the needed ramps is estimated to take about 45 working days and is expected to be largely completed by the Double Decker Arts Festival at the end of April.

Robinson said the ADA accessible ramps will look similar to the ramp put in on Van Buren near 10th Street a couple of years ago.