The Volta margarita: An Oxford staple 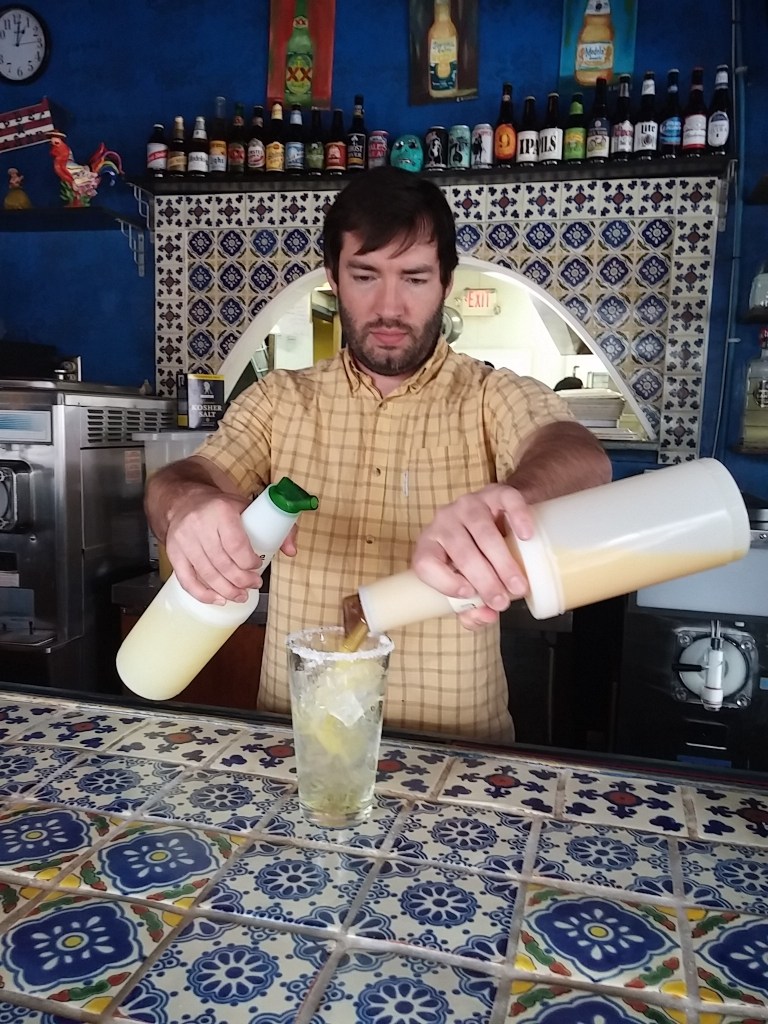 Matt Hill, a bartender at Volta, makes an on-the-rocks margarita. The Greek-style restaurant is known for its margaritas.

At first glance you wouldn’t think a Greek restaurant would be notorious for its margaritas, but in Oxford at Volta that’s just the case.

The North Lamar Boulevard restaurant is so well-known for them that it recently won best margarita in a Local Voice best-of competition.

Brooke Krizbai, owner of Volta, said the key to the margarita was crafting a recipe.

“We wanted to make sure they were not too sweet or too tart, which is why people like it so much,” she said.

On the rocks is tequila, triple sec, sour mix diluted with water, orange juice, lime juice and a splash of Sprite.

“We hand-make them, they aren’t a mix,” she said. “The on-the-rocks is our special recipe that we also sell without alcohol in gallons so people can make them at home. The frozen ones are actually made with homemade lemonade.”

The restaurant sells about five gallons every other day, and in the summer that triples.

She said margarita fans flock to the restaurants for half-price margarita and mojito days on Monday, Thursday and Saturday, which makes the drinks $2.75.

“When we first opened those were our slow days, but now they’ve turned into our most popular,” she said. “They’re good and it’s fun.”

New this year is the mojito, which was rolled out during the summer. Krizbai said they haven’t quite caught on yet, but she’s confident they will.

“I think they’re great,” she said. “The story behind the mojito is at my wedding, we got married in South Beach at the Ritz Carlton. They have those frozen mojitos there that were just out of this world. We did a trial and error until we had one that tasted just like the ones in Miami. We feel like we kind of nailed it.”