Former Gov. Bilbo sentenced to ‘jail time’ in Oxford in ’22 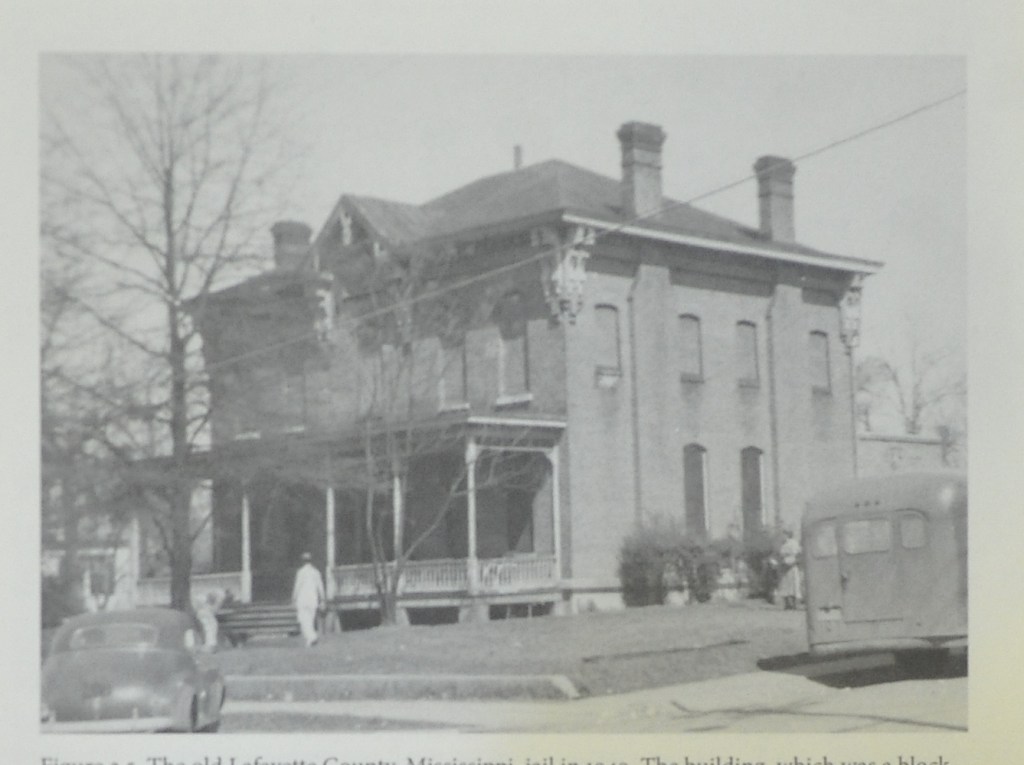 A few weeks ago I wrote about a former governor of Mississippi, Theodore G. “The Man” Bilbo, who proposed to combine and move the University of Mississippi and Mississippi A&M to Jackson.

This week I have another story for you on Bilbo and a man who was from Oxford elected as governor in 1920.

Oxford and Lafayette County have produced two governors for the state of Mississippi. Bill Waller and Lee Russell, some 50 years apart, are those two governors. Gov. Russell was charged and later acquitted of seducing and causing injury to a former secretary in 1922. The case would end up with former Gov. Theodore G. Bilbo being sentenced to jail time in the Oxford-Lafayette Jail.

Lee Maurice Russell was born on Nov. 16, 1875, at Muccaloon near the “Old Dallas” community in southeast Lafayette County. He attended public grade school at Toccopola Normal School and graduated in 1897. After his father’s death his mother moved the family to Oxford in 1901. He also graduated from Ole Miss and later received a law degree.

Russell was married in 1905 and entered law practice in Oxford with J.W.T. Falkner. He served in the Mississippi House of Representatives from 1908 to 1911 and then moved to the Senate in 1912. While in the House he was a leader, as he had been when a student at Ole Miss, against fraternities and was the author of an anti-fraternity bill for all Mississippi public colleges and universities.

Later he would serve as lieutenant governor under Bilbo starting in 1916 and then ran for and won the governorship in 1920. During his administration he implemented, as did Bilbo and Vardaman, progressive reforms. Teacher pay was increased and several major constitutional amendments were passed. The name of the Mississippi Industrial Institute and College was changed on Feb. 12, 1920, to Mississippi State College for Women. Later the name was changed to Mississippi University for Women.

Early in Russell’s term as governor he had serious differences with Bilbo that could not be reconciled. After their split, his administration became very stormy and a strong anti-Russell group developed in the legislature. In 1922, Russell’s term of office became tainted by a scandal that later proved to be false in a Federal Court trial.

The scandal was brought on, as Russell testified, by Bilbo, his enemies in the legislature, and big business in Mississippi. On Feb. 6, 1922, news broke around the state when a former stenographer in the Executive Office accused him of breach of promise and seduction in a district court case.

Miss Frances C. Birkhead accused Russell, while he was lieutenant  governor during Bilbo’s first term in office, that he had used his influence to seduce her in an office at the state capitol. He was reported to have told the young stenographer he had been married for several years, but he and his wife had no children and that he was unhappy with her and his marriage. He promised that he was seeking a divorce and that he would marry her upon receiving a divorce.

She stated in the suit that she was “innocent, unsophisticated and totally lacking in worldly wisdom” at the time of the seduction. The seduction caused her to become pregnant and a “Mr. Blank” had come to her with the offer of a payment of $10,000 for her to get an abortion and that she did receive an abortion that caused her great pain and suffering.

Russell stated “the charges that are made in that connection are a damnable lie in an attempt by my enemies to blacken my character.” The suit was later dismissed from the Federal District Court in Jackson but it was then moved to Oxford, due to the fact that was Russell’s hometown. During the summer of 1922, citizens who knew her saw Miss Birkhead in Jackson and it was said she was carrying a pistol in her purse and she had pledged to kill the governor on sight.

Bilbo was stated to be the “Mr. Blank” that went to see Miss Birkhead, as per Russell. The prosecution had subpoenaed Bilbo to go to court in Oxford to testify, but he refused to come. Miss Birkhead went to the south Mississippi home of Bilbo to confront him, but he would not see her. She then went to a local hotel and tried to kill herself by slashing her wrist.

At the end of the trial in Oxford, after 25 minutes of deliberation, the jury returned a verdict of not guilty for Russell. The judge then ordered Bilbo to appear and show cause why he did not answer the subpoena.

Bilbo was escorted to Oxford by federal marshals and fined $100 by the judge and given 30 days in jail. The jail time was later reduced to 10 days and the jailer in Oxford offered Bilbo his own apartment on the ground floor for the 10 days so Bilbo would not be confined to a jail cell.

Upon release for jail, Bilbo made a speech on the steps of the jail and announced his candidacy for governor in the 1924 election. Bilbo was beaten by Henry Lewis Whitfield, but would be elected governor for a second term in 1928, and later elected to the United States Senate in the 1930s.