LOOKING FOR MORE: Houghton’s record-setting career with ‘Dores not over 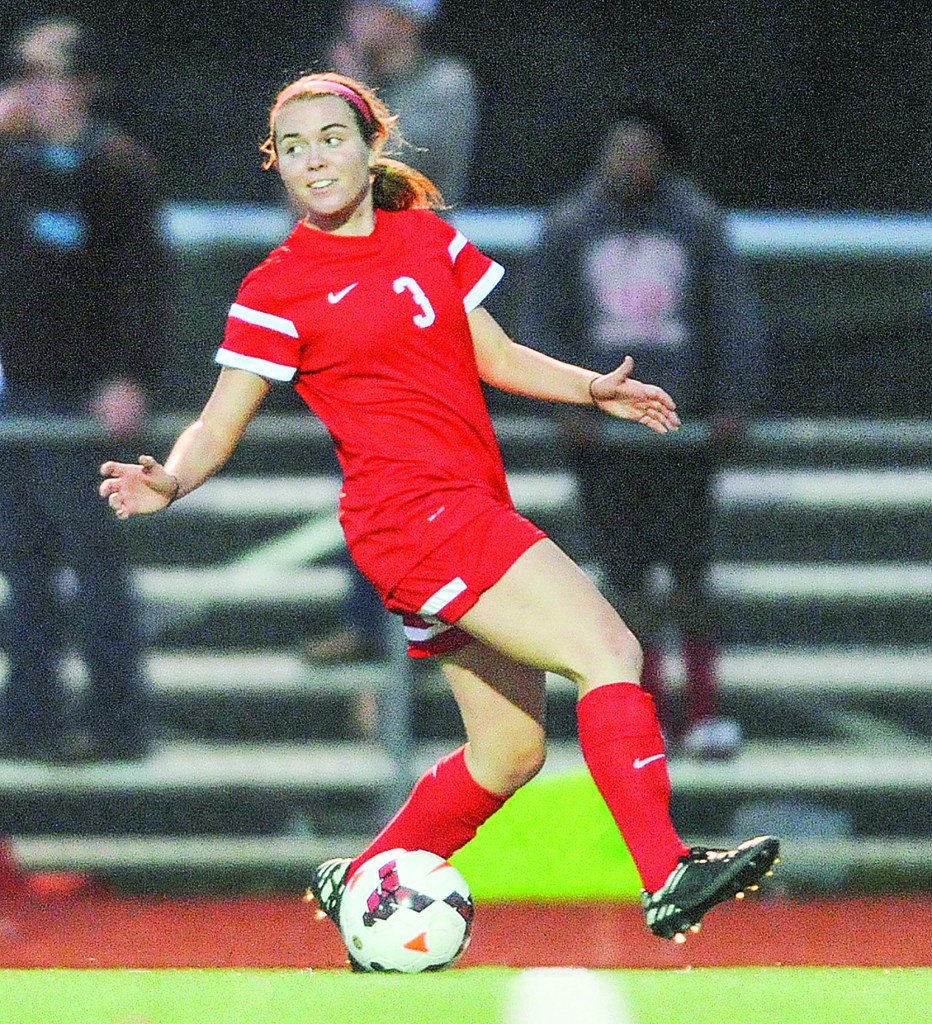 The success the defending Class 4A soccer champions have had the past few years is not solely due to Alley Houghton, but she is a big part of it.

Anyone who is surprised with the way the Lafayette girls soccer team has played over the past two seasons should not be.

It is all part of Houghton’s plan, or at least her offensive attack is.

She is currently at 234 goals after Saturday’s regular-season finale with Cleveland was canceled due to the snowstorm over the weekend, but she could pass that with Tuesday night’s MHSAA 4A playoff opener against Corinth.

In fact, expect her to in the first few minutes of the match.

“I like to watch it and make myself have (a goal) in a certain amount of time,” Houghton said. “I try to score in the first five minutes, and I try to have at least one goal every 10 minutes. That’s my goal.”

To the casual fan of soccer, scoring a goal every 10 minutes or less would seem like an unachievable feat unless you are the likes of a David Beckham, Lionel Messi or Cristiano Ronaldo.

But for fans of Commodore soccer, that is just another day at William L. Buford Stadium for Houghton. Making quick work of her opponents is what allowed Lafayette to win its first state championship in girls soccer last season and a favorite to do it all over again at Madison Central High School on Feb. 6

“She’s so talented,” Lafayette coach Melinda Scruggs said of Houghton. “She brings so many things to the table. For the majority of our team, we all think as a team. Of course there are so many individual efforts all over the field, and she has such talent up top. She has a nose for the goal and is able to take balls and get past people and finish.”

Setting goals
The record is something Houghton has been working toward since she started playing soccer for Lafayette in middle school. She heard about Forbus’ record, which was set in 2013, during her freshman year.

It wasn’t the only one as her first goal was to find a way to continue her career and play soccer at the next level. She checked that off the list by committing to Ole Miss last season and will play in Oxford for four more years.

“I’m just one of those people who set a goal and try to accomplish it,” Houghton said. “One of them was trying to play college soccer, and once I got that I just wanted to make myself better. So I just set myself higher and higher to try and achieve as much as I can.”

Houghton is enjoying her individual and team success on the field with a teammate she is very close to, her sister, Maddy. Maddy is a junior and has one more year left with Lafayette but will reunite with Alley across town as she is also an Ole Miss commit. When Alley is not finding the back of the net, she is passing it off to someone else and most times it has been her sister there to clean up the scoring opportunity that Alley has created.

“We know each other really well and we can trust each other,” Alley said of her sister. “If we need a goal, we’ll do whatever we can to make it happen. We’ve been playing together since I was 8 years old and she was 6. We just never want to stop playing together.”

Scruggs, who hopes she can coach Houghton for four more games before her high school career is over, has enjoyed being a part of her senior’s life much longer than the past four years. Getting to keep a close eye on Houghton post-Lafayette is also something she is looking forward to, almost as much as wanting to hoist a state championship trophy in the air together one last time.

“It doesn’t end here, and I think that is the exciting part for me as a coach,” Scruggs said. “To see somebody now continue on with their career and get to the next level. To be able to watch her in town and to be able to go see her play, I’m just pumped. I think I met her when she was 11 or 12, and to see her continue on and excel, I think she’s going to do a fabulous job at Ole Miss.”