HELPING OUT: Williams, Joiner lead Chargers past Saltillo in OT 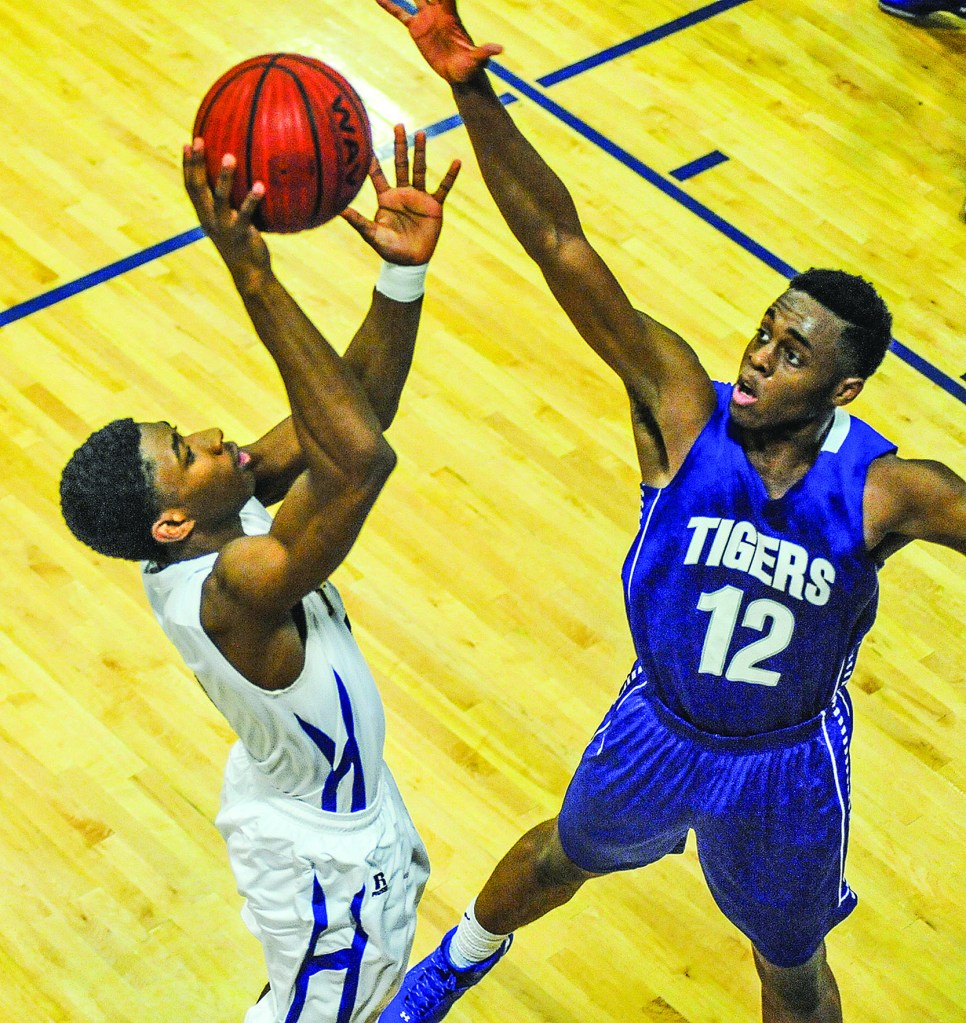 Because of that, the Chargers still have a realistic shot at a region championship.

Joiner scored 26 of his 27 points after halftime while Williams finished with 15 points to help the Chargers hold off Saltillo for a 63-57 win in overtime Monday at the Oxford High gymnasium.

Joiner scored all but one of Oxford’s points in extra time and came up with a pair of timely steals to help keep Oxford just a game back of West Point in the Region 2-5A standings with half its region schedule still to go.

“There are games where you go into overtime and you feel like, ‘Man, we had to win the game twice tonight,’” Oxford coach Drew Tyler said. “I don’t feel that way tonight as a coach. … I think (our players) think it took 36 true minutes for us to have more points.”

The teams were knotted at 55 with less than a minute to go in regulation with Oxford holding for the final shot, but Williams had his pass along the sideline stolen in the waning seconds by Jason Smith, who was fouled. The Tigers inbounded the ball to Smith with 4.8 seconds left, but his shot went off the back iron to send the game to overtime.

That’s where Joiner continued his late torrid run, scoring two quick baskets to give Oxford a four-point lead. He got a steal with Oxford up 60-57 with 40 seconds left and knocked down two free throws before ending the Tigers’ chances for good with another steal near midcourt.

The junior point guard scored seven of Oxford’s eight points in overtime after pouring in 19 in the final two quarters of regulation.

“He’s got to have the ball. We wanted Jarkel to have the ball,” Tyler said. “We ran the same set play three times in a row, and he either had an old-fashioned 3-point play or he was scoring from the free-throw line.”

Joiner heated up quickly after being bogged down by Saltillo’s pressure defense in the first two quarters. The Tigers effectively kept the ball out of the hands of the Chargers’ leading scorer and limited his first-half scoring to a free throw late in the second quarter, but Joiner’s backcourt mate helped picked up the slack.

Williams took advantage of all the attention Saltillo threw Joiner’s way, scoring nine of his points in the first half to help keep Oxford close with a 25-23 deficit at the break. Saltillo continued to dump the ball down to Humphrey near the block and built a 37-30 lead midway through the third quarter, but Joiner got going to spark an 8-0 run culminating with a layup that gave Oxford one of the many leads it fought to keep until the end.

“Just gave us a lot of different looks with their defense in getting it out of Jarkel’s hands, and once they got it out of his hands, they made him work so hard to get it back,” Tyler said. “I thought it took a lot of energy out of him in the first half. I guess that’s why it’s a team game because we kind of picked up the slack.”

Lady Chargers cruise
Oxford’s girls had no problem staying unbeaten in region play Monday, using their depth and relentless defensive pressure to quickly wear down Saltillo for an 80-30 win in the opener of the varsity twinbill.

“We played well,” Oxford coach Cliff Ormon said. “We want to set the tone early with our energy, and I think the kids did that. It kind of set the tone defensively because we’re going to play defense. It got us out to a big lead.”

Jordan Freeze led three Chargers in double figures with 15 points. Emma Schultz finished with 11 points and seven assists while Tiara King added 10 points for Oxford (16-4, 3-0 Region 2-5A), which forced more than 20 turnovers before halftime, scored 31 of the game’s first 33 points and emptied its bench down the stretch against a Saltillo team that dressed just six players.

Kenzye Simmons’ 15 points paced Saltillo, which fell to 0-3 in the region.

Both teams will be back in action tonight at home against Amanda Elzy starting at 6.

LOOKING FOR MORE: Houghton’s record-setting career with ‘Dores not…