OSD names Teacher of the Year, other awards 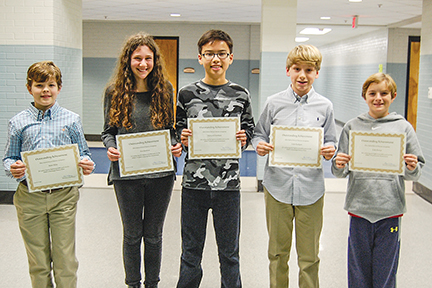 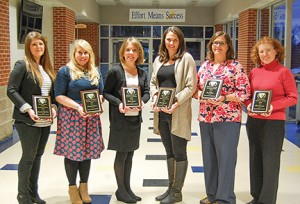 High-achieving teachers and students were awarded in the Oxford School District during Monday night’s school board meeting.

Teacher of the Year Awards were announced and six students with perfect scores were recognized.

“I love what I do, I love teaching in Oxford and I love this community,” Greene said.

A special committee that reviews submissions at the end of the year selected the teachers. The committee is made up of educators on the Teacher Advisory Board.

“It’s such an honor for our teacher to get recognized,” Oxford School District School Board President Whitney Byars said.

Each teacher was awarded a plaque and district-wide recognition as an instructor.

Additionally, the six students that scored perfect scores in subject areas of the state tests taken during the 2014-2015 school year were named. The students were given certificates for their academic achievement.

In addition to having multiple students score perfect on the test, the highest percentages in the state.

“We all work together, all over, to make sure every single child moves forward into the community as a great citizen that can make a difference,” Greene said.