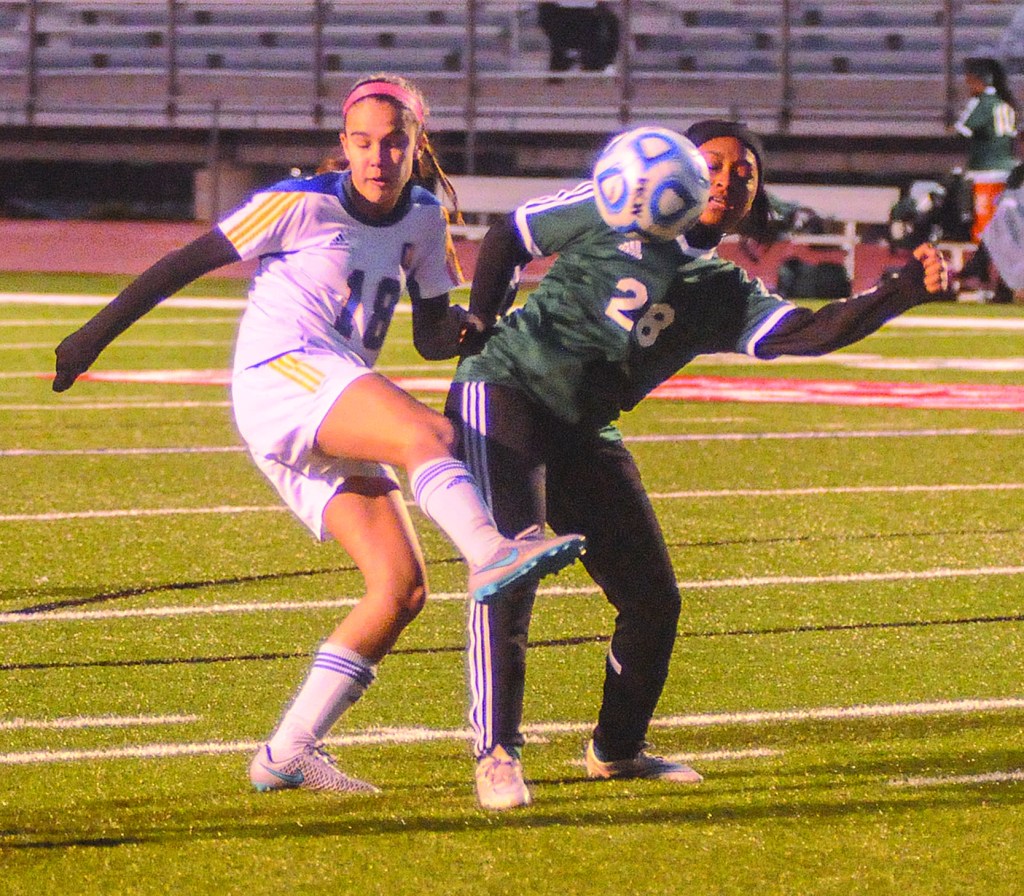 While it was the first game of the postseason, it was smooth sailing for the Oxford High soccer teams as they dispatched Vicksburg with ease in their first-round matches of the MHSAA Class 5A playoffs Tuesday night.

The Lady Chargers beat Vicksburg 9-0 while the boys’ team defeated the Gators 8-0 at Bobby Holcomb Field.

The Lady Gators gave Oxford a little pressure to start off the match in the first few minutes but could not get past the stout Charger defense.

Once Oxford settled in, the scoring came fast and furious with Morgan O’Connor breaking the scoreless tie with her first goal of the night in the seventh minute. O’Connor led the Chargers, scoring four goals in the match.

Nicole Hankins followed suit, finding the back of the net two minutes after O’Connor, who added her second goal at the 12-minute mark, giving Oxford (17-5) a quick 3-0 advantage.

“On to the next one,” Oxford coach Hunter Crane said. “We were firing on all cylinders again (Tuesday), and it was exciting to see. We didn’t know much about Vicksburg coming in, so we really weren’t sure what kind of game to expect but we came out and did some things that we usually do.”

Zoe Scruggs added a goal in the 24th minute while O’Connor completed the hat trick with a penalty kick for a 5-0 Oxford lead heading into halftime. O’Connor, Ally Shinall, Addie Thompson and Katelyn Rock all scored goals in the second half. In total, six different players found the back of the net against Vicksburg.

“It was a balanced attack,” Crane said. “Our center mid(fielders) are doing a really good job of getting the ball to our forwards, and our forwards are doing a really good job when they get around the net. I love when we spread the ball around a little bit. Morgan is kind of our key there in the center and the girls like to give her the ball and stuff, but we spread it around to a bunch of places tonight.”

More of the same
It was a similar result in the nightcap of Oxford’s playoff doubleheader with the boys’ team dominating Vicksburg for 80 minutes to keep its season alive.

The scoring came a little bit later for the Chargers than it did with the girls in the earlier game as Oxford was able to get down to Vicksburg’s end of the pitch but could not knock the seal off the goal at first.

That changed when Neil Chandler broke the scoreless tie in the 16th minute with a shot that ricocheted off the right post and into the goal. Chandler was not finished as he followed it up with another goal nearly a minute later for the early 2-0 Charger lead.

“Once we take the lid off the goal, we find it a whole lot more,” Oxford coach Jonathan Branch said. “That’s just kind of been us since we’ve been here. We’ve not finished all the times we needed to, but once we squeaked that one in, I felt pretty good.”

After Chandler’s back-to-back goals, Keaton Calhoon followed up with two straight goals of his own midway through the first half for a 4-0 lead for Oxford (15-8-1). Gray Jenkins, James Cutler and Demerican Usuk also scored goals.

Oxford will remain home for the second round as both teams host Germantown on Saturday for the right to advance to the North Half championships on Tuesday.