OFF AND RUNNIN’: Houghton, ‘Dores start 4A title defense with rout 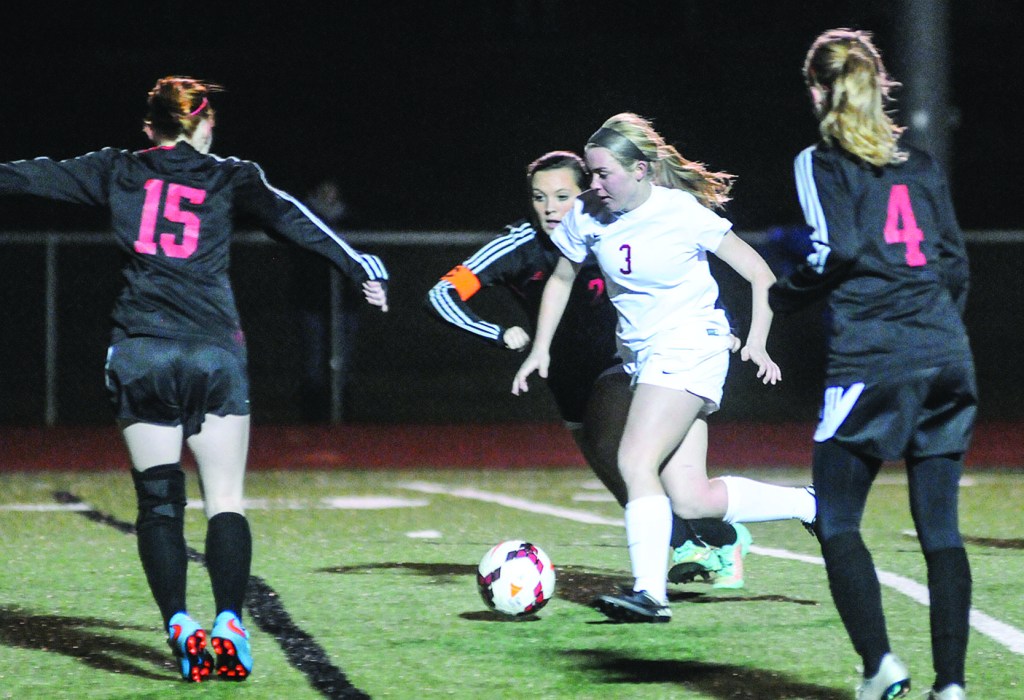 Alley Houghton wasn’t feeling it in warmups, which left her worried about how she’d perform in the Lafayette girls soccer team’s playoff opener.

So much for that.

Houghton scored six more goals Tuesday as the Commodores started their MHSAA Class 4A state title defense with a 7-2 win over Corinth at William L. Buford Stadium. Lafayette will travel to Florence on Saturday for a second-round matchup.

“You could tell she couldn’t finish the way she wanted to,” Lafayette coach Melinda Scruggs said. “I was like, ‘You’ll be fine.’ She was like, ‘I know. Sometimes I have terrible warmups and then do awesome in the game.’ I was like, ‘Hey, I’m fine with that.’ And then she went out and did it.”

Maddy Houghton added a goal for the Commodores (16-2) while Anna Kayte Webb scored a pair of late goals to help Corinth avoid the shutout, but Alley set the tone with her latest scoring barrage.

Lafayette’s senior forward set a state career scoring record with five goals in the Commodores’ regular-season finale against Senatobia on Jan. 19 and netted all of her goals Tuesday in the first half, four of them coming in the first 19 minutes. The first one was a doozy as the Ole Miss commit was quickly surrounded by a host of Corinth defenders just outside the penalty box but dribbled through all of them before sending her shot past goalkeeper Rachael Grace Carpenter.

“I just like to dribble, and if they’re going to stab, I’m just going to go around them,” Alley said of her first goal. “And every one (of the defenders) did, so I just tried to find the gaps.”
She was just getting started.

Passing it forward
Lafayette, which remained perfect against 4A competition this season, controlled possession through the middle and on the flanks with Maddy, Lucy Wilson and Sara Grace Moore spending most of the night anticipating Alley’s speed by sending passes over the Warriors’ back line. Alley raced past everybody to beat Carpenter one-on-one for her second goal with 33:40 left in the first half and tacked on goals in the 15th, 19th, 23rd and 28th minutes to put Lafayette on its way to its eighth win in its last nine matches.

“We do try to get our outside mids in a lot, and we did that tonight,” Scruggs said. “Sara Grace on one side and Lucy on the other, them getting in and creating stuff on the outside, so it’s not like we’re always going down the middle. We’re trying to go wide and trying to vary it up so they don’t know what we’re going to do.”

Said Alley, “My team just knows how I play and gives me great balls, so I can just give it to them for giving me the best balls this game. They were really on.”

Maddy’s penalty kick just before the half put Lafayette up 7-0 and allowed Scruggs to save the legs of many of her starters by inserting reserves early in the second half, a rare luxury for most teams this time of year.

“Of course this is the playoffs and when you want to do your best, and I think they definitely brought that tonight,” Scruggs said.