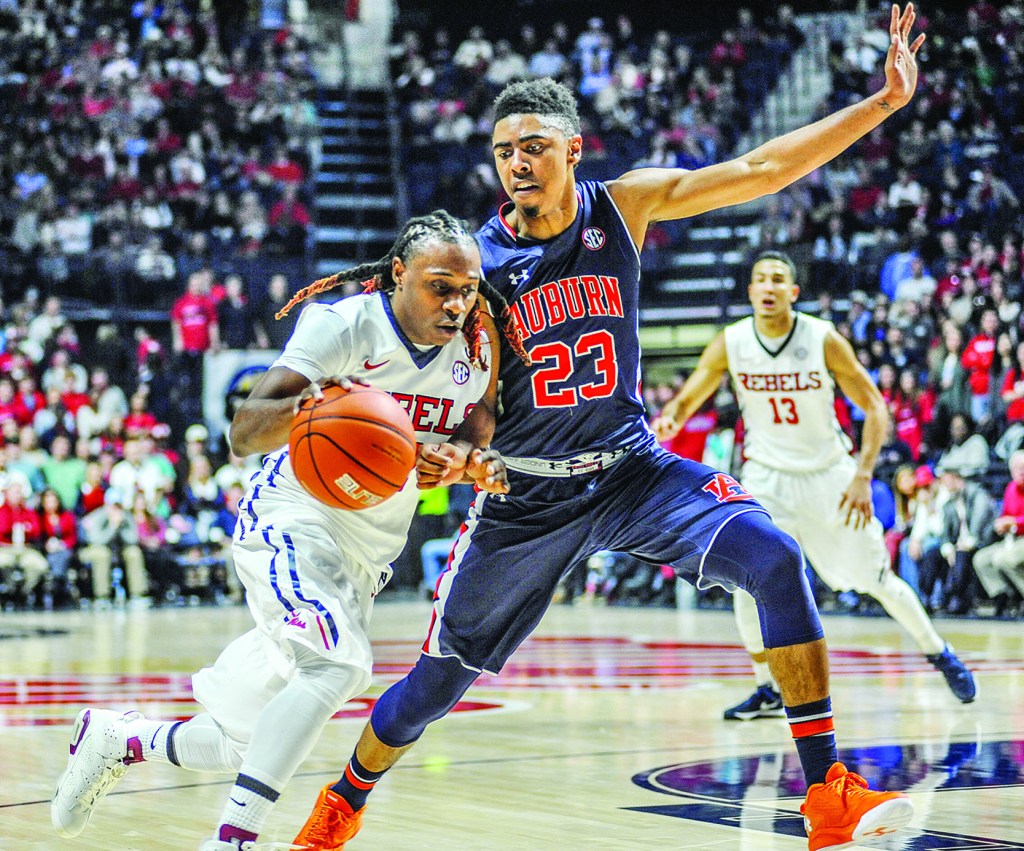 Stefan Moody might not be fully healthy the rest of the season, but it’s hard to tell there’s anything wrong with Ole Miss’ senior point guard.

“I feel like he was on point,” fellow guard Martavious Newby said.

Moody scored a game-high 24 points in his return from a hamstring injury, helping Ole Miss snap its four-game losing streak with an 80-63 win over Auburn on Wednesday at the Pavilion. He had 19 of them after halftime as Ole Miss outscored the Tigers 51-33 in the second half to turn a competitive game into a comfortable seventh straight win over Auburn.

“He’s going to be sore for a little while, but I’m really proud of his effort man,” Ole Miss coach Andy Kennedy said. “We needed him in a big, big way. This team needs a leader. Everybody wants to be Batman. Can’t everybody be Batman. A lot of Robins, a lot of them dudes now, but everybody thinks they want to be Batman. We need Batman back, and it was good to have him back tonight.”

Moody played 31 minutes after missing the Rebels’ game against Mississippi State on Saturday after straining the muscle late in last Tuesday’s loss to South Carolina, though it was evident he didn’t have his usual burst. Newby (eye) also returned after missing the last two games and pulled down nine rebounds while Marcanvis Hymon had 19 points and 10 boards.

Moody was just 1 of 6 from the floor at the half but quickly heated up as Ole Miss (13-7, 3-5 Southeastern Conference) used a 24-7 run early in the second half to take control. Moody knocked down four of his six 3-pointers during the spurt and took advantage of Auburn’s extended defense during the midst of the run to find Hymon underneath for an old-fashioned three-point play to put the Rebels up 54-41 with 12:42 left.

“We couldn’t really trap (the ball) out of his hands,” Auburn coach Bruce Pearl said. “They did a good job with their spacing, made enough shots and made enough plays on the rolls to let him do what he could do. He’s a great player.”

Ole Miss, which won for the first time since Jan. 9, pushed the lead to as many as 20 with Auburn (9-10, 3-5) getting no closer than 15 the rest of the way. The Rebels shot 56 percent (19 of 34) from the floor in the second half and locked down on Auburn’s Kareem Canty, who came in leading the Tigers in scoring at 18.6 points per game but finished with just eight on 3 of 14 shooting.

Auburn led 30-29 at the end of a choppy first half as neither team shot better than 38 percent from the floor in the first 20 minutes. Ole Miss was 3 of 16 from 3-point range in the opening half while Auburn wasn’t much better, making just five of its first 16 shots from deep.

Ole Miss will step out of league play Saturday to travel to Manhattan, Kansas, to take on Kansas State at 1 p.m. as part of the SEC-Big 12 Challenge.