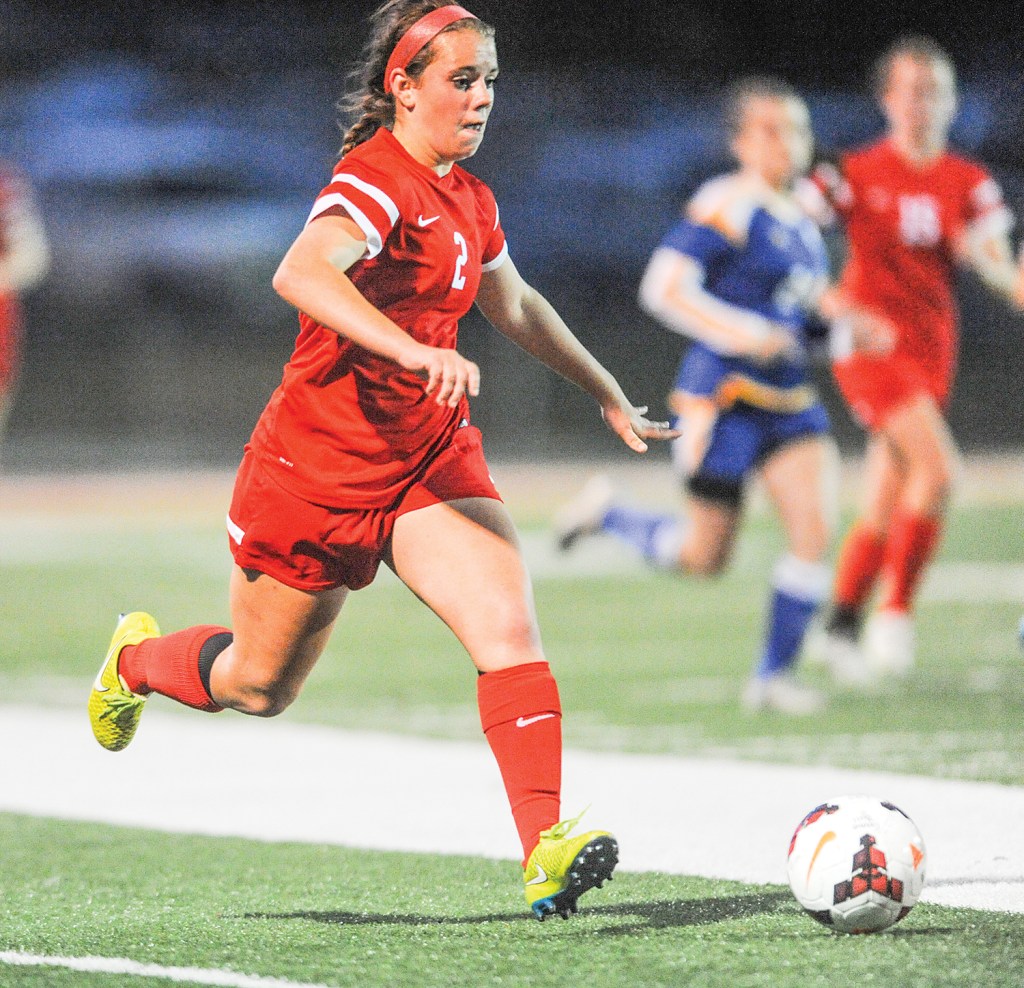 Lafayette’s Marissa Harrison (2) and the rest of the Lady Commodores return to Florence tonight for a second-round showdown in as many seasons. Last year, the Commodores won 3-2.

Every December, Melinda Scruggs asks to play Florence in the annual Oxford Showcase.

There is a reason the Lafayette girls soccer coach makes sure her Commodores play this one opponent every season — to know what to expect when they meet again two months later.

Tonight, the defending Class 4A state champions make the drive down Interstate 55 to Florence for a second-round matchup in the 4A state playoffs at 6 p.m. It is a postseason matchup that comes like clockwork.

When the two teams met on Dec. 18, Lafayette got the upper hand with a 3-1 win over the Eagles, giving Scruggs and her team confidence heading into tonight.

“Last year that helped us, and we knew what to expect playing them in the playoffs,” Scruggs said of the benefits of facing Florence earlier in the season. “It’s kind of the same thing this year. The more you play a team, the more you learn their system of play and how they play overall. It definitely helps us prepare a lot better for them.”

Lafayette comes into tonight’s contest after taking care of Corinth, 7-2, in its opening-round match on Tuesday. It was not a hard-fought contest with the Commodores jumping out to a quick 6-0 lead thanks to senior Alley Houghton’s six goals.

“I was so happy walking off the field Tuesday,” Scruggs said. “I think the girls played phenomenal all over the field. Everybody brought it and was ready to play, which was exciting. I think, hopefully, that we’re peaking at the right moment, and I think they’re absolutely ready to play (tonight).”

Florence advanced to the second round with a 3-1 win over Amory at Amory High School Tuesday night.

Much like last year, the Eagles are led by senior midfielder Ashley Langham. Langham is a constant threat and weapon for Florence, scoring 12 goals on the season, which is just four behind Macey Spencer’s team-high 16.

“She’s the one who scored on us in December, so she’s definitely one we make sure to match up with and keep an eye on,” Scruggs said of Langham. “Even though there’s not one or two that are really stand out playing for them, but overall I think they are solid.”

Lafayette is hoping for history to repeat itself tonight as they traveled to Florence last season in the second round and left with a nail-biting 3-2 victory to advance to the North Half championship and eventually win the state championship for the first time in program history.

The blinders are on though as the Commodores are not looking into the crystal ball to Feb. 6 too soon as they know there are still two more hurdles to leap before they can begin their preparations for a trip to Madison Central High School next Saturday.

“We talk about it actually all the time about taking it one game at a time,” Scruggs said. “We can’t look past anything else because basically at this point, you lose and you’re out. I think they have that mentality. I don’t think they’re overlooking anybody because at this point of the playoffs, everybody is going to be good. They’re ready for it.”