ONE MORE SHOT: Chargers get chance at revenge against Mavs 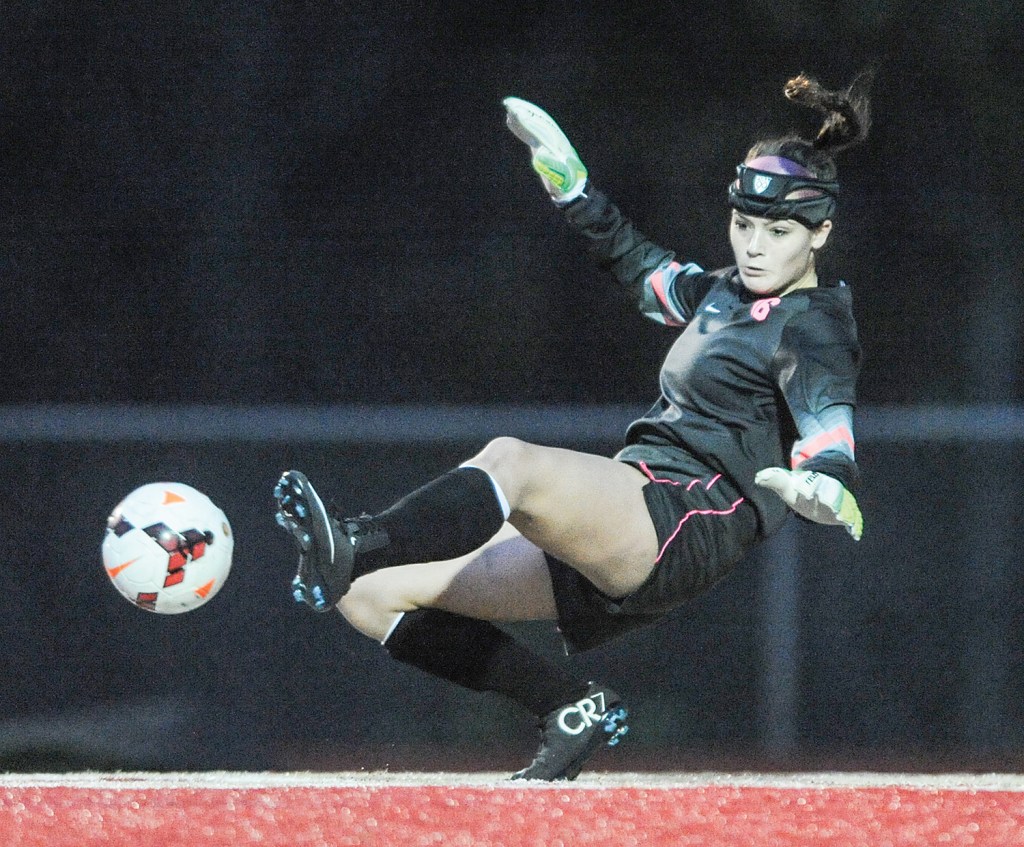 Oxford’s Bailey O’Connor and the rest of the Lady Chargers will try to avenge last season’s penalty-shootout playoff loss to Germantown when the teams meet Saturday at Bobby Holcomb Field. The boys’ teams will play tonight. (Bruce Newman)

If the Oxford soccer teams want their chance at a North Half title and a trip to the state championships, they will have to get past the team that sent them home a season ago.

The Chargers will host Germantown in the second round of the MHSAA Class 5A state playoffs. Due to a scheduling conflict, the previously arranged doubleheader has been turned into two matches in as many days. First up, the boys will host the visiting Mavericks tonight at 5:30 while the girls will play on Saturday at 5 p.m. at Bobby Holcomb Field.

Last year, Germantown defeated the boys 3-1 in a first-round matchup at Germantown High School in Madison.

Chargers coach Jonathan Branch would be lying if he said his team has not been waiting more than 365 days for this rematch to take place.

“We had this one kind of circled and planned out for quite a while,” Branch said with a smile. “I started, back in December, pulling film on Germantown, and we’ve got about five or six films that we’ve broken down. I made the guys watch film on Germantown. I called all the coaches that played them and got scouting reports. We’re pretty familiar with what they have.”

Oxford is also coming into tonight’s match fairly rested as Branch made mass substitutions frequently during the team’s first-round 8-0 win over Vicksburg on Tuesday.

With the next match coming three days later, there was not any concern of fatigue or the potential for legs to give out. In fact, Oxford wanted to play this match as quick as possible and jumped at the chance to lose a day of preparation.

“When we first started talking about it and they wanted to maybe move some things around, I mentioned it to my guys and there was not a single one, even one that is kind of hurt. Everybody wanted Friday,” Branch said. “What we’ve got going and they kind of say our mojo is going. The way we’re playing right now, the guys just can’t wait to get out there. We’ve had several upbeat practices.”

Germantown comes in having defeated Center Hill 3-1 in its first-round match on Tuesday.

First-year Oxford girls coach Hunter Crane is not unfamiliar with how is team’s season ended a year ago.

Germantown defeated the Lady Chargers 1-0 in a three-overtime match that went to penalty kicks, sending Oxford home in devastating fashion.

Crane was a part of the boys’ team last year and watched the game unfold before their match. He understands his team’s motivation heading into Saturday’s second-round affair.

“I saw the pain in their eyes,” Crane said. “I watched the last half of the game, and they battled all the way to the end. In PK shootouts, sometimes you win, sometimes you lose them, and unfortunately it wasn’t their year last year. They are really excited this year.”

While he was not expecting to be scouting Germantown’s girls team when he watched them last year, he is using what he saw, along with his girls’ input from playing them, to form a plan of attack. He also reached out to fellow coaches much like Branch, gathering as much information as possible.

“I’m not completely foreign to (Germantown),” Crane said. “Luckily I’ve generated some contacts this year and generated some scouting reports and gotten film on them. We know who they are. They’re one of the better teams in the state.”

The Lady Mavericks are led by sophomore Niki Parsa, who has a team-high 10 goals. Germantown defeated Center Hill 3-1 to advance to Saturday’s match.

Sometimes what is considered the best two teams in the playoffs do not always meet in the semifinals or state championship match. Saturday is one of those cases.

Not taking anything away from the other two teams still playing for a shot at North Half and state titles, Crane views Saturday’s winner as a clear favorite to make it to Madison on Feb. 6.

“A lot of coaches I’ve talked to in 5A have circled this game,” Crane said. “When we met each other (in the playoffs), it’d be a big game for the North. Lewisburg losing the other night kind of knocked another upper team out of contention. Everybody knows it. We know who they are. They know who we are. This is a big game for a lot of what happens the rest of the playoffs.”