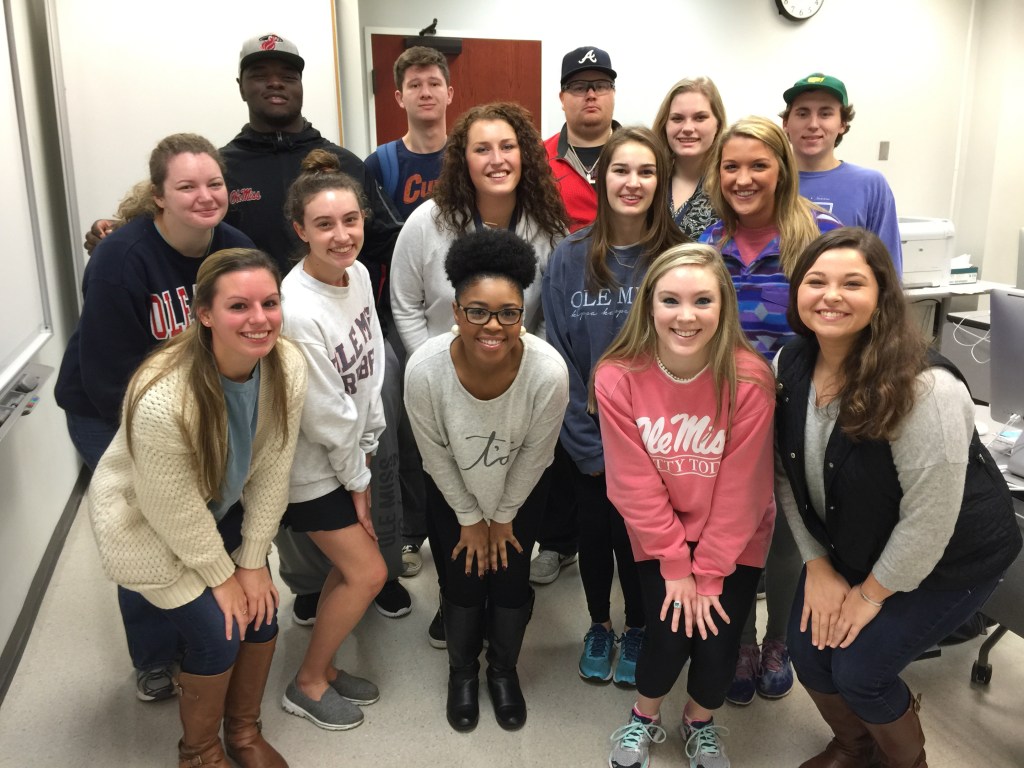 In fall 2014, Oxford Stories, at OxfordStories.net, was launched as part of a Journalism 271 class in the University of Mississippi’s Meek School of Journalism and New Media. A course was designed incorporating the website to enable multimedia journalism students to publish their work and share it via social media. After the first semester, the site ended with approximately 5,000 page views.

Last semester, two classes of Journalism 271 multimedia news reporting students teamed up to contribute to Oxford Stories with a goal of reaching 20,000 page views. Students not only exceeded their goal, but they also doubled it. The fall semester of 2015 ended with 48,720 page views.

There were also new course developments. Adjunct journalism instructor LaReeca Rucker, who created the course, worked with Stephanie Rebman, editor of The Oxford EAGLE, and Ed Meek, namesake of the UM Meek School of Journalism and New Media, to publish student stories in their publications.

Meek, who is also a UM assistant vice chancellor for public relations and marketing, an associate professor of journalism, and the owner of Oxford Publishing Inc., is the creator of HottyToddy.com, a website geared toward Ole Miss fans and alums.

Last semester, students were asked to turn in their work on OxfordStories.net with the possibility of having it additionally published in The Oxford EAGLE or on HottyToddy.com. OxfordStories.net functioned as a news distribution service, with editors from The Oxford EAGLE and HottyToddy.com selecting content from the website to republish in their respective publications.

Almost every student had one or multiple stories published by the local media, and some of the student stories published in The Oxford EAGLE were picked up by he Associated Press and distributed to newspapers across the country.

Last semester, students wrote a variety of stories about the homeless, nutrition, health care, Syrian refugees, UM athletes, student business owners, bullying, the impact of social media, the UM Gospel Choir, and the use of students as confidential informants.

“When I initially began designing the class, I knew I wanted to find a way to work with local media,” said Rucker. “Once the local editors got on board, everything seemed to work symbiotically. We are grateful that the editors of The Oxford EAGLE and HottyToddy.com have been so cooperative and supportive of UM students. Because of them, many students have been able to obtain professional news clips.”

Rucker said one of the class goals was to create a real-world environment for student journalists so they can understand how the news gathering and writing process works.

“In this interactive setting, they were able to learn as students and become professional writers earning bylines in a real newspaper,” she said. “Some were even lucky enough to have their work recognized and picked up by The Associated Press, an impressive student feat. That was evidence that we were on to something with Oxford Stories.”

Students are assigned five to 10 stories over the semester, a video package and a column.

“Oxford Stories is also a way for students to learn about the power of social media, while taking the content they produce more seriously,” Rucker said. “Their name is on every story published, and in an Internet and new media age, their stories have almost as much power to travel the globe as a story written by a large daily newspaper. It also gives them an incentive to do good work. Otherwise, their stories will not make it on the Oxford Stories site.”

Not every story makes the cut — only the best ones with all of the required elements. Rucker said using the website is also a way for students to easily turn in their work, and it encourages them to stick to deadlines, because the website records the exact time and date stories are entered into the system.

“Students are taught the basics of WordPress so that they may submit their work,” she said, “and since WordPress is a popular blogging and website tool, they learn how to work with multimedia using a content management system.”

The class is also designed to be fun.

“Students are part of a staff, and teamwork is encouraged,” Rucker said. “At the end of the year, we hold an awards ceremony, and students are rewarded with certificates, ribbons and medals for a semester of hard work.”

For motivation, students are told an awards ceremony will be held on the last day of class modeled after the Mississippi Press Association’s annual awards ceremony. Awards were given out last semester based on WordPress website statistics and analytics of the students’ most well-read stories. Each student received an award for their best work, with some students taking home top honors as reporters and writers of the year. 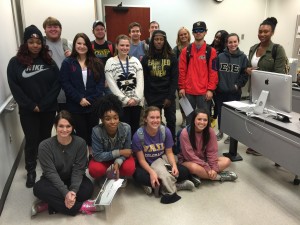