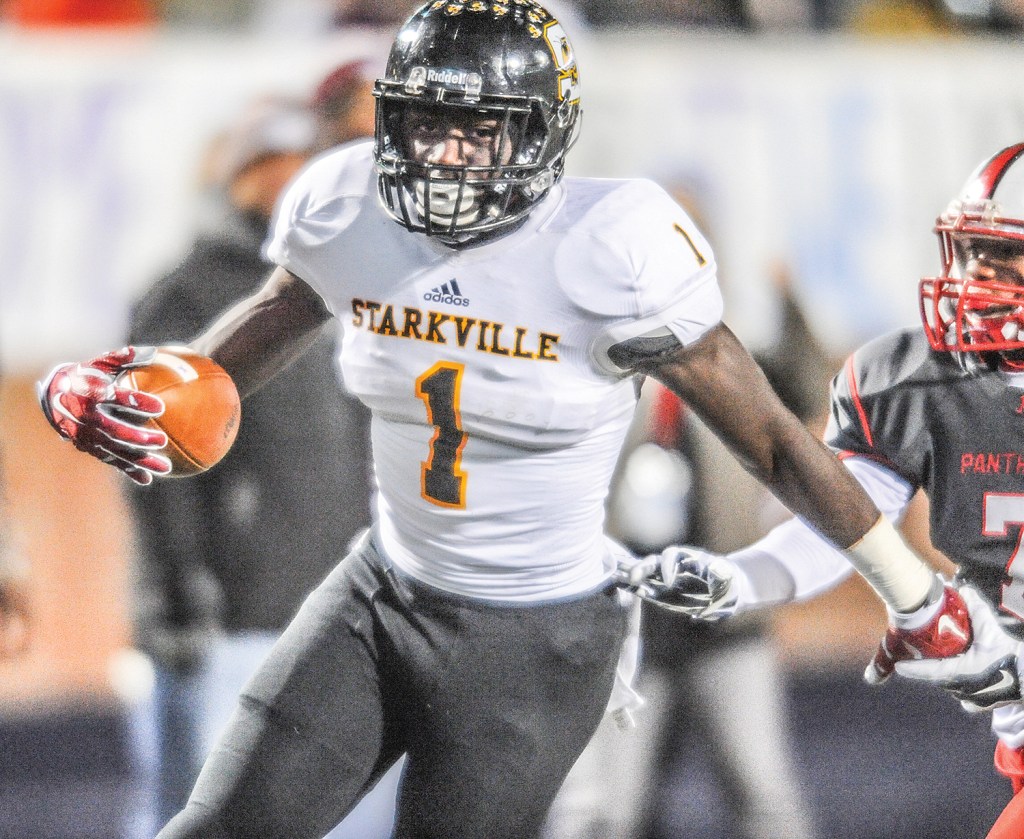 Starkville wideout A.J. Brown (1) is one of many high-profile targets scheduled to visit Ole Miss this weekend. (Bruce Newman)

Ole Miss will get the last shot to impress some of its top targets with National Signing Day looming in what’s setting up to be the Rebels’ most star-studded recruiting weekend in the last few years.

As of this morning, Ole Miss is scheduled to have more than 20 recruits on campus over the next three days, including some of the nation’s most highly sought-after prospects, before the recruiting dead period begins Sunday at midnight. Wednesday is the first day high school seniors can sign their binding National Letters of Intent with the school of their choice.

“I would say this is the biggest recruiting weekend for Ole Miss since that big weekend back in 2013 when they had (Laquon) Treadwell, (Robert) Nkemdiche, (Laremy) Tunsil and that crew on campus on that weekend,” said David Johnson, publisher and recruiting analyst for Rebels247, a 247Sports.com affiliate.

Highlighting the group is the state’s top prospect as ranked by 247Sports, Rivals.com and Scout.com in Noxubee County defensive end Jeffery Simmons, a consensus five-star recruit. Alabama and Mississippi State, schools Simmons has visited the past two weekends, are also vying for his signature, but the Rebels are heavily in the mix for 6-foot-4, 270-pounder.

Starkville’s A.J. Brown, the state’s top-ranked receiver, Germantown’s Nigel Knott, the top-ranked cornerback in Mississippi, and Starkville defensive tackle Kobe Jones are also scheduled to be in town. Much like Simmons, Mississippi State and Alabama are Ole Miss’ main competition for all three while Brown also visited California last weekend.

“Ole Miss gets the last, best chance to make the best on-campus impression with these kids,” Johnson said. “I think they’re all coming in with things very much in the air. I think Ole Miss leads for Jeffery Simmons, but the other three, their decisions could be based on this visit this weekend.” 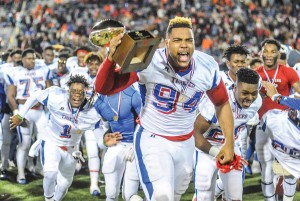 “The ones they’ve got the best shot for are Deontay, Shyheim Carter, Kobe Jones, Nigel Knott, Jeffery Simmons and Keith Simms,” said Yancy Porter, Mississippi’s director of scouting and recruiting analyst for Scout. “The guys that are outside shots are Terrell Hall and A.J. Brown.”

The Rebels head into the weekend with 22 commitments, including eight early enrollees. Both analysts said Ole Miss is aiming to sign anywhere from 27 to 28 players with some of them counting back to the previous signing class or forward to the 2017 class with the Southeastern Conference limiting teams to 25 scholarships each recruiting cycle.

Ole Miss’ class is currently ranked third nationally by Scout and fourth by 247Sports and Rivals with a chance to improve depending on how the Rebels finish.