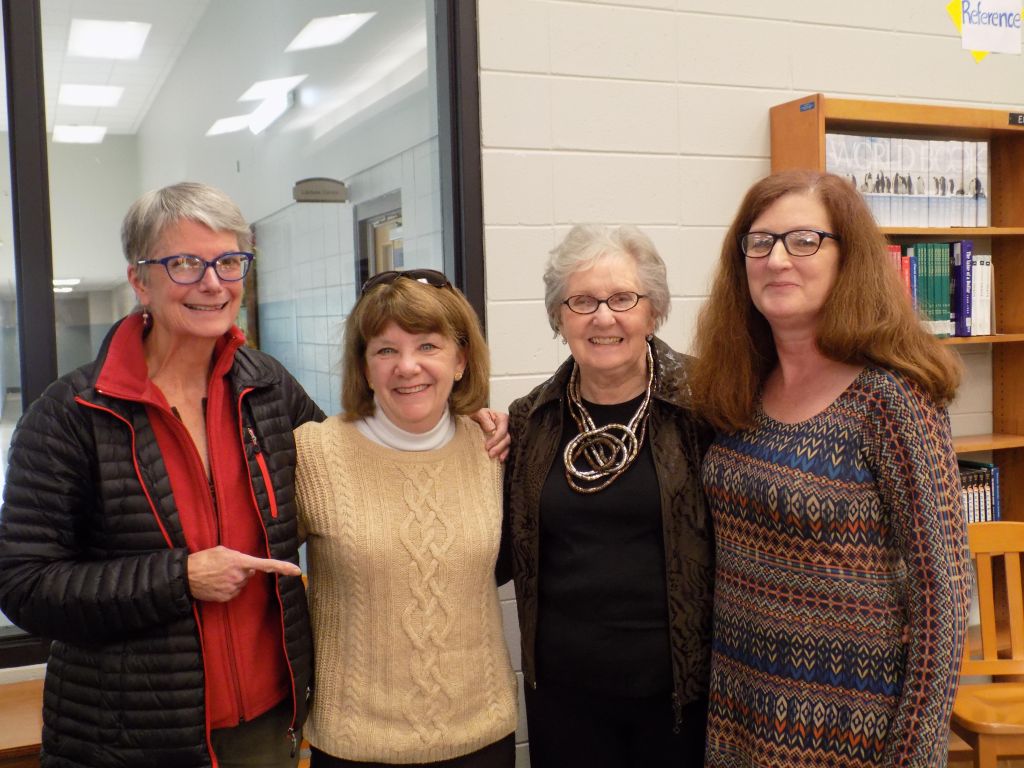 Miriam Rone, right, is surrounded by friends at her retirement reception last week.

An Oxford Middle School librarian was honored with a book of letters from former students at a celebration last week.

The book was compiled and given to Miriam Rone at her retirement ceremony Thursday. She was able to celebrate her last day with past and present colleagues, administrators and students.

“Many of the letters made me cry,” Rone said.

Rone worked for more than 21 years to encourage students to better themselves. She spent countless hours tutoring and instilling a love for reading in her students as well as her own three children.

She has worked for nine different principals and there is not a book on her shelf she has not reviewed for quality.

The letters collected for her bulged out of a large binder. They were filled with words of appreciation for her years at OMS.

During Rone’s tenure the library provided more than books. It remained a resource for students as a safe place to learn. She said in the past, students would come there as a refuge for tutoring so other classmates and friends would not know they were struggling.

Even though Rone is ready to retire, she does worry about leaving some of her work unfinished.

“Seventh grade is a major adjustment for kids,” Rester said. “It always has been, so I worry about leaving some of these kids.”

Before working at OMS, Rone was at the University of Mississippi Library from 1985 until 1994. Since 1995, she has worked with OMS.

Rone said she has not decided what she will do with her free time yet, but she will tutor again if she has the opportunity.

However, Rone remains humble about her years spent at OMS.

“Our teachers are great and work really hard. There are simply not enough of them to go around. I tried to help out,” Rone said.