The digging of Hilgard Cut 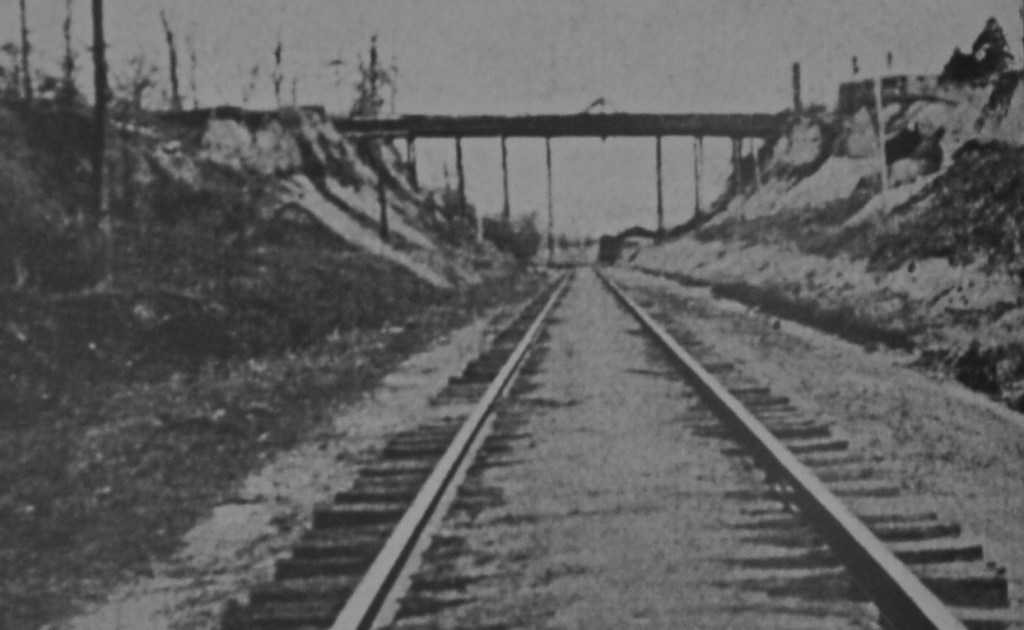 With 2016 Black History Month beginning on Monday, I thought I would write about something many citizens and students pass each day when they go down University Avenue to enter the Ole Miss campus. I would bet that most of those people did not know that the digging of the Hilgard Cut was done “on the back” of local slaves in 1857.

In 1856, the Mississippi Central Railroad was in the planning stage to join Grenada and all points north to Grand Junction, Tennessee. The surveyed plan for the railroad bed would bring the tracks through College Hill and not through Oxford.

This situation did not please one of the major stockholders, local businessman and planter, Col. James Brown. He was also a trustee of the new state university at Oxford.

One reason for not supporting the bed going through College Hill was that if the railroad came through Oxford, the site of the purposed depot had a steep grade to transverse south of the sight. Brown wanted the tracks to come through Oxford and the university, not through College Hill. He wanted the rail passengers to be able to see the campus of the new state university and especially the new Physics Observatory. The building is now known as the Barnard Observatory.

Brown was very proud of the beautiful campus and all of its new buildings.

Mississippi Central Railroad President Walter Goodman and the surveyor agreed that the tracks would be rerouted through Oxford if something could be done about the steep grade south of the purposed depot. They came up with a solution that was satisfactory to all parties concerned. Local slave owners such as Brown, Dr. Thomas Dudley Isom, L.Q.C. Lamar and Jacob Thompson would furnish the manpower to solve the problem. Their slaves would hand dig a cut or man-made canyon through the steep hillside grade.

Shovel by shovel, the cut was dug by the slaves of local slaveholders. The president of the railroad declared that the slave labor “was highly satisfactory, as it was free of strikes, drunkenness and other labor troubles so frequently experienced by railway builders in the northern states. Further, unlike free workers, slaveholders would except company stock in lieu of cash.”

After the cut had been made through the steep grade it was named for one of the university’s faculty members, Professor Eugene W. Hilgard, who was also the geologist for the state of Mississippi. He had lent his expertise to the excavation and had wanted for some time to study the soil around Oxford. He was now able to study the layers of the land formations. Other geologists from around the state also came to view the layers that had been cut away.

Much to Brown’s disgust, the cut would not provide a view of the campus of the state university. The railway bed was just too low to see the campus from a train. Later a wooden bridge was built over the cut to allow the university students, faculty, and visitors easy access to and from the campus. A concrete bridge would later replace this wooden bridge in 1940.

The passenger trains from the north began arriving at the Oxford-University Depot in the late summer of 1857. By September, two trains a day, both morning and evening, were bringing passengers to Oxford. Service to the south of Oxford, as far as Water Valley, was running by the following March. In May 1858, the Holly Springs HERALD reported that “on Wednesday last the mail was brought over the Mississippi Central Railroad from New Orleans to Grand Junction, a distance of 390 miles, in the unprecedentedly short time of 36 hours, about 87 miles of the distance being by stage route.”

By the end of January, 1860 the MCRR line was at last complete. The last 87 miles had been completed and now you could go by rail from Oxford south to New Orleans or north to Chicago. The trip from Chicago to New Orleans could be made in 49 to 54 hours, not the usual 73 hours. A trip to New York from New Orleans was lessened to 72 hours, not the week and a half in the past.

Due to the assistance of the Oxford slaveholders and their slaves, Oxford now had a rail line that brought additional prosperity to Oxford and the University of Mississippi. The Oxford Depot would now be the scene of many great occasions and events. From speeches by such statesmen as L.Q.C. Lamar and Jacob Thompson, to the departures by the University Greys and the Lamar Rifles during the Civil War.

One of the most interesting stories of the MCRR relates to the great Blues musician, W.C. Handy. Handy would ride the train from Memphis down through the Delta and then to Jackson. He would change trains in Jackson and ride the MCRR back to Memphis through Oxford.