Aldermen take temporary sign changes off the table — for now 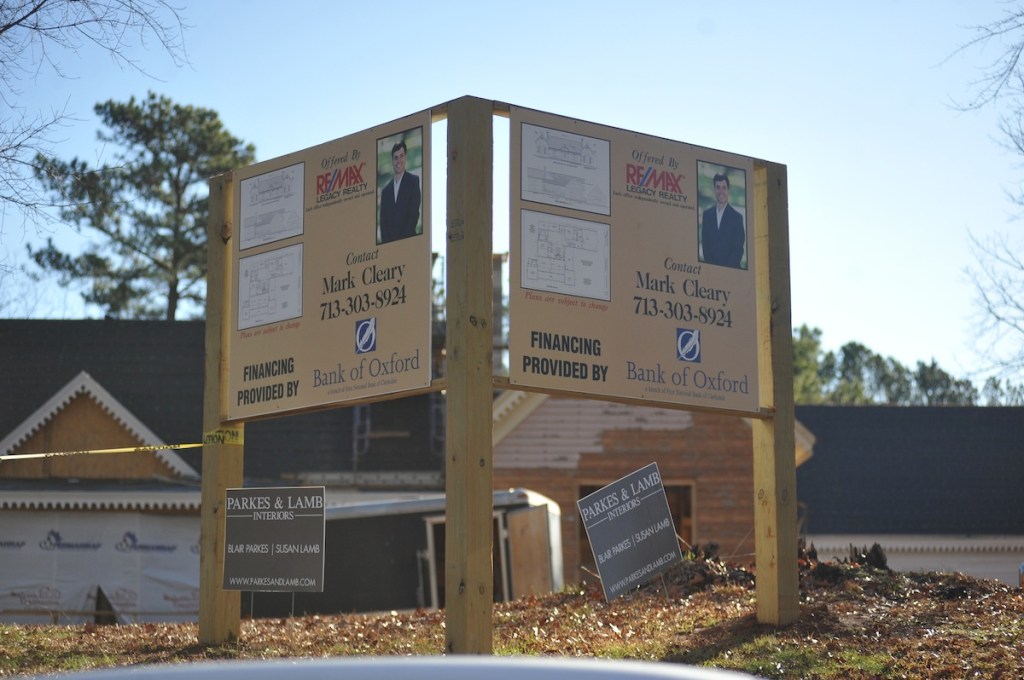 Multiple signs are placed in front of house under construction, in Oxford, Miss. on Wednesday, February 3, 2016. The board of aldermen tabled a discussion on signs at its meeting Tuesday night.

After local Realtors took notice of a proposed ordinance amendment to the city’s sign ordinance, they sent more than 50 letters of opposition to Mayor Pat Patterson.

The second reading and public hearing for the amendment was scheduled to be held during the Oxford Board of Aldermen’s regular meeting Tuesday night; however, Patterson pulled the item from the agenda prior to the meeting to give city staff and aldermen more time to review the proposed changes.

“We decided earlier (Tuesday) to take if off the agenda, review it and see where we stand,” Patterson said after holding up the 50 letters he said were mostly from local Realtors.

Aldermen Janice Antonow said while the second reading was taken off the table for now, the temporary sign subject wasn’t going away.

“We will likely take out the time restraints,” she said. “We will have size restrictions and limit- ing the number of signs. But we will not dictate what’s on the sign. It doesn’t matter what is on it.

After reviewing the changes as written it’s not workable. We are targeting the signs that say ‘weekend rentals’ or ‘rent by the week or month’ that stay up all year. Those are not temporary signs because they never go away. But we’ll keep working on it.”

Antonow said the subject came up after a large sign on a South Lamar home caused several residents to complain to the mayor and Board of Aldermen.

Alderwoman Robyn Tannehill said earlier Tuesday that there was a lot of misinformation circulating about the ordinance after an article ran on a local news website.

Temporary signs often are used for polit- ical campaigns, to advertise property for sale or lease or advertise new construction or remodeling, but are not limited to those uses.

Under the suggested ordinance, temporary signs would be allowed without a permit but could not be displayed for more than 180 days in any consecutive

12-month period. Signs could not exceed 6 square feet in surface and 4 feet in height in areas zoned Agriculture, Country Estate and all residential areas, or in historic preservation districts.

Temporary signs in other areas could not exceed 32 square feet in area and 8 feet in height. One sign would be allowed per lot but a second temporary sign may be displayed on any lot during an election season, which is defined as 60 days before any local, state or national election and ending three days after the election.